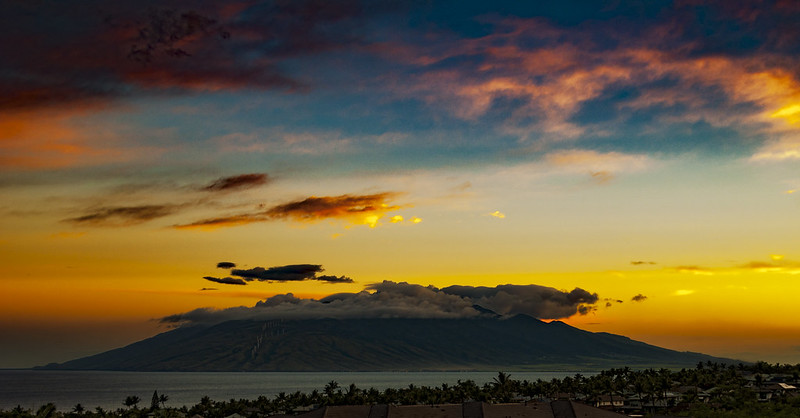 One day I happened to overhear a good friend of mine – one of the most generous and selflessly giving people I know – beating up on herself unmercifully.

She was spazzing about how she had fallen down off her (very high) standards-of-conduct bar because she had not stopped to listen (yet again) to a high-maintenance friend’s continuing saga about how everybody was picking on her and how not-right everything in her life was.

I grabbed my friend by the shoulders and gave her a shake.  I told her, “Hey, you can’t talk to my friend that way!  Stop it!”

She stopped in mid-imprecation and stared at me.

She was surprised at my intervention.

We talked some and I think, maybe, she went away feeling better.  I do hope so.

WHY ARE THE GOOD ONES ALWAYS SO HARD ON THEMSELVES?

Does it seem to you (as it does to me) that very often good people who are exceptionally accepting and tolerant of other people’s foibles and flaws are really, really hard on themselves?

They wear themselves out being generous and overflowing with human kindness for other people, but they are absolutely rigid in their intolerance of their own fallible selves.

They seem to forget that they, too, are human and they, too, need to be tolerated, accepted and loved even when they don’t do things exactly “right,” and even when they’ve made some egregious mistake or other.

Sometimes it feels like they’re bucking for sainthood or something.  Self-flagellation, anyone?

Maybe it’s because they think that if they do let up on themselves and give themselves a break, they’ll swoosh down some monstrous slippery slide into chronic, gross negligence and turn into massive, unworthy slobs who zombie out and never do ANYTHING in their lives.

Maybe it’s just that they don’t know HOW to be caring and kind to themselves.  It’s not something we’re taught as youngsters.

As a kid, it did seem to me that the Bigs in my life were bent on toning down my admittedly emphatic desire-body.  I was really sure I knew, knew, KNEW what I wanted as a kid…well, at least in five-minute stretches I did, anyway.

The Bigs in my life did harp on that and I got a lot of “instruction” (also known as spankings) for being such an extravagantly sure desire-demon.

However, the Bigs in my life also showed me that they loved me to pieces and that they appreciated me as the PITA (Pain In The Anatomy) that I was. Sometimes I even managed to do them proud.

THE POWER OF SELF-COMPASSION

Human behavior researcher Kristin Neff is an associate professor in Human Development and Culture at the University of Texas at Austin.

When she was at graduate school in 1997 she began practicing meditation in the Buddhist Insight Meditation tradition. Because of her practice she decided to conduct research on the Buddhist concept of “self-compassion” during her doctoral work.

One result of that work was a best-selling, seminal book, SELF-COMPASSION: The Proven Power of Being Kind to Yourself.

Personally, I enjoyed her taking the time to unpack the concept of self-compassion, and pointing out how it differs from the better-known “self-esteem” concept with which those of us who are into the whole self-improvement project get bombarded.

Neff says that in the long run, self-compassion is more effective than self-esteem as a means for motivating yourself to do stuff because self-compassion is based on our “scientifically proven” human need for acceptance and affection while self-esteem is a more conditional sort of stance that’s based on a fear of failure and a fear of other people’s possible disappointment in you.

When you are compassionate toward yourself you are like a solid friend.  You back yourself up 100% — even during the times you screw up.  And because you’re a good friend to yourself, it’s way more likely that when you fall down you’ll be willing and able to stand up and try again.

On the other hand, you have to earn your self-esteem, Neff says.  Think of a drill sergeant or a street-fighter martial arts teacher who is sort of contemptuous of you.  If you screw up you’re going to get beat up.

How many times does that have to happen before you lose the desire to stand back up and take it on the chin again?

One YouTube video that was really helpful for understanding the effects of self-compassion (versus good old fashioned self-beatings) is this one, published by the Greater Good Science Center in 2014, “Kristin Neff:  Overcoming Objections to Self-Compassion.”

The Greater Good Science Center is located at the University of California, Berkeley.  Founded in 2001, the guys in white lab coats study the psychology, sociology and neuroscience of well-being there.

AND THEN THERE ARE THESE COURSES

This next YouTube video, “The Power of Self-Compassion | Kristin Neff and Chris Germer” was published in 2017 by Sounds True, a multi-media company that grew out of a project by one woman, Tami Simon, using her tape recorder.

Simon’s dream to “disseminate spiritual wisdom” grew into a company with more than 80 employees and a wide range of projects.

The video is a moving piece that documents the answers from various Sounds True workers to a series of questions designed to introduce the idea of self-compassion.

It is also an introduction to an ongoing online course, The Power of Self-Compassion, put together by Sounds True in partnership with Neff and clinical psychologist Christopher Germer, a leading clinical psychologist specializing in integrating meditation techniques and principles with psychotherapy.

For more information about the Mindful Self-Compassion Center that the two scientists founded as well as the array of the online courses it offers, click on the button below:

Another IPS (Inner Peace Symptom):  a disinclination to continue flogging yourself for not measuring up to some high-flying standard or other.  [It really HURTS!  Ouch!  Ouch!  Ouch!]

A COUPLE OF SELF-COMPASSION LIFE-HACKS

Even if you’re not a dyed-in-wool dedicated self-improvement addict, you too can benefit from a little self-compassion in your everyday ordinary life.

You probably already know a bit about how to be a good friend to others.  So, maybe you can use that knowledge to start developing a more loving and accepting relationship with your own self.

I bet you can think of many different ways to be a better friend to yourself.

You do need to know, though, that whether you choose to do a course or you choose the DIY route, the journey will probably be a long one.

In his later years, the Stoic philosopher and wise guy Seneca the Younger worked for the Roman Emperor Nero for more than 10 years.  He lived to retire.

During his retirement, Seneca wrote a series of “Moral Epistles and Letters” to Lucilius, who was then the Procurator of Sicily, a high official in ancient Rome.

Lucilius was famous because when he was a young officer in the Roman army he was the decoy that succeeded in helping his general Brutus escape capture by Antony’s army.  Shakespeare made him a minor character in his play Julius Ceasar.

Lucilius went on to become a philosopher and a politician in his own right after his army stint.  He was also a very prolific writer.

In one of his many letters to his fellow philosopher, the retired Seneca talked about how he was still working, even then, on how to be a friend to himself.  The guy made a major point of practicing harsh disciplines – embracing poverty and asceticisms of all sorts including diving into freezing rivers and stuff like that – and he was still working on learning how to be kind to himself.

Obviously, this thing is a lifetime project.

One other intriguing idea is the notion of turning the Golden Rule on its head.

We all know the Golden Rule.  It tells us to “Do unto others as you would have others do unto you.”

To turn the Golden Rule on its head, think about the kindnesses and heartful moves others have done for you.  How did they make you feel?  Pretty good, huh?

Sometimes a simple kindness can turn our whole day around.

So, whenever somebody does something that makes you feel good, think about how you can use that move to bring your spirits up when you need it.

When you are feeling down, offer up one of these simple kindnesses to yourself.  I bet it’ll make you feel good.

When I was working as a property manager in my office in Makawao, a lovely old man, David Cup Choy, would sometimes stop by to drop off a lei he and his wife had made for me using my favorite pua kenikeni flowers that grew on the bushes around his house.

Every time, the fragrance and beauty of those flowers lifted me up.

David and his wife are gone now.  But, whenever I need an uplift, I still make myself a lei pua kenikeni from the flowers that bloom on the bush that is in my yard.  It reminds me of that beautiful couple and their kind regard for me.

The lei helps remind me that I am worthy of goodwill…and that is a good thing.

JUST FOR A LITTLE WHILE

I can sit and let it be.

I can enjoy me.

I can leave the world alone.

Maybe just for a little while,

Maybe just for a little while,

I can stop the dreams and schemes.

I won’t rant and scream.

I can be strong.

I can think it won’t be long.

Just for a little while.

10 thoughts on “TO YOURSELF BE KIND (Another IPS)”