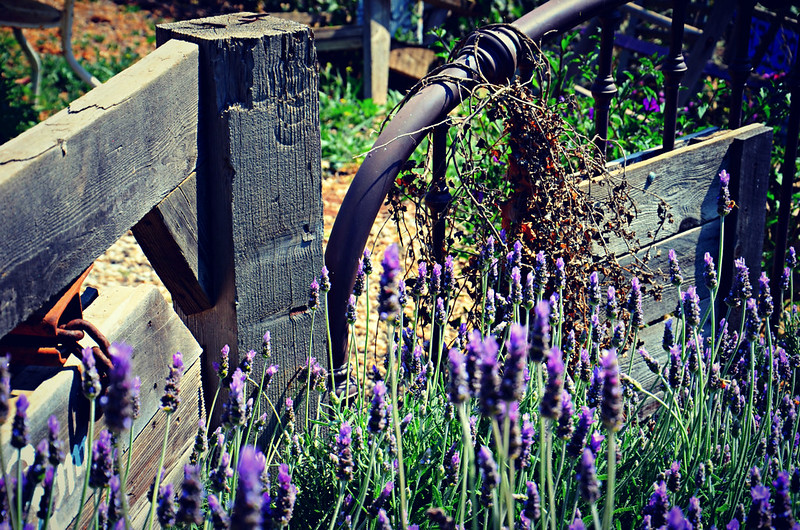 As a Perfectionist in remission, I am here to tell you that wabi-sabi — a Japanese way of seeing the world — works as an antidote to the never-good-enough, shiny-new-thing madness induced by the classical hyper-focus on perfection and the kind of seamless orderliness that arises from the mathematical, mechanical precision that evolved in the super-industrialized Occidental West where more is always better.

I grew up in a pineapple plantation camp on Molokai.  Many of my neighbors were Issei, first-generation immigrants from Japan, who brought it with them from their homeland.  I was marinated in wabi-sabi.

We called it “making do” and “getting by” and “using up stuff.” (We weren’t rich so waste was not an option.)

The place was small and choices were limited and perhaps that is why we were often able to see and appreciate how the passage of time allowed the things, people, and places in our lives to more fully become what they intrinsically were.

Losses, decay and death were juxtaposed willy-nilly with new and flourishing growth and life.  It all was there to experience in wonderment at the fullness of a life lived small.

Joys and sorrows, laughter and tears mingled and they were…well, messy.

I’ve been wading through various opinion and think pieces by designers and wanna-be arbiters of taste and various modes of self-improvement that tout wabi-sabi as the latest flavor of minimalism – this one with a sushi sort of flavor or something.

The postures adopted by the most earnest of the listicle post blog writers are sprinkled with a mystical sort of umami flavoring as they try to explain how we can bend our Stuff-Love towards an appreciation of the beauty of the imperfections and flaws of Life-Its-Own-Self that evolved in the Oriental East.

It’s the latest way to get to happy, they say.  Wabi-sabi is “living the perfect imperfect life,” several of them said.

All we have to do, of course, is buy (or keep) the Right Stuff.

This emphasis on copying the outer forms of the wabi-sabi mindset reminds me of a journey I watched a young relative make during her first few years on-island.

Rosie relocated to Hawaii after spending most of her childhood in the Mainland USA.  Upon her arrival on the island she was able to indulge in immersing herself into one of the root cultures of this place that held great meaning for her.

Her spare time was taken up with learning how to paddle a canoe and what it was to really dance the hula.  The transformation was lovely to see.

We met, a few years before her big move, at a family lū’au (party) celebrating the marriage of one of her young cousins.  Rosie and her sisters danced a simple hula as part of the home-grown entertainment.

The dance the sisters and their mom did was painfully correct, a novice effort done with great enthusiasm and a focus on getting all the moves just right.  They did the moves well, but the kaona, the metaphors and references to the hidden meanings behind the words of the song, were missing somehow.

They did get points for trying, but when a real hula dancer took the stage, the movements she made evoked emotions that transported the audience to a different place.

The dancer showed Rosie where the dance could be taken and it inspired her, I think.

She was accepted into one of the best of the more traditional hula halau (schools) on the island and quickly immersed herself into that world of dance.

The next time I saw Rosie dancing on the stage I could see the difference in the way she moved.  The stiffness and rigidity was gone.

Her body was beginning to flow with the rhythm of the music and her understanding of the words of the song and of life in the islands had deepened enough to show in her movements.

Rosie was not Miss Aloha Hula material by any means, but she had taken the understanding and knowledge she had gained down into her bones and it came out in her dance.  It was most beautiful to see.

“Form” is one of the big deals of designer-maker mindset.  The word has two meanings.

One refers to the physicality of an object – what it looks like and how your body’s senses react to it — the way an object physically looks and feels and tastes and smells and so on.

The Artful Dodger meaning is more esoteric.  It refers to “the shape among the various elements” that make up the construct.  The various elements of an art piece build up a framework for meaningfulness that can morph, depending on the context into which these elements are placed.

All of that blather just means that the “meaning” of a construct, like its beauty, is in the eye (or ear or nose or tongue or skin) of the beholder.  You have to add body English to it.

This is why some pieces of art, music, dance, literature, fashion, cooking, gardening and all the other bits of possible human expression speak to you and others just don’t.

Your enjoyment of the various kinds of human expression you encounter really does arise out of what you bring to the experience — your values and your mindsets — and that enjoyment doesn’t really depend on the work itself.

This is probably one of the reasons why designers tend to expound on their truth that your mindsets can be affected by the stuff with which you surround yourself.

It’s also why wise guys and deep-thinkers all through history keep on telling us that how we see the things that surround us depends on the quality and strength of our own hearts.

All of that is true.

However, adopting wabi-sabi thingy-ness and wabi-sabi stylings won’t actually get you to your happy place without the application of your attention and mindfulness, your body-wisdom, and your heart.

This 2018 YouTube video, “Heart and Mind” was published by Green Renaissance.  It provides, perhaps, an understanding of the kaona (inner meaning) that underlies the wabi-sabi way of walking.

The video features Eduardo Shimahara, a Brazilian micro urban farmer and former mechanical engineer, who is also the founder of the Sustainability Institute, an international living and learning center connected with the University of Stellenbosch in South Africa.

“Green Renaissance” started out as a collective of four young South African filmmakers who put together video stories of “real people doing amazing things.”  The films are their “passion projects” created between their paying gigs and are partially funded by donations from people who join their Patreon campaign.

They are doing some amazing work.

My own feeling is that Shimahara and the Green Renaissance makers are living wabi-sabi, patching together the bits and pieces of their lives that resonate with their hearts and making contributions to the world that are uniquely their own.

Wabi-sabi is not really just a quintessentially Japanese cultural thing.  It is, perhaps, a universal human truth…one we may have lost sight of in our race towards wherever we’re going.

In it he explains a little bit about how our brains and our hearts are intrinsically connected and how we can affect the world because of it.

Basically, in the video, Braden reiterates the old wise-guy wisdom that what we feel and believe about the world is what we will see in it.  It is one of Braden’s most consistent messages – in his talks, in his best-selling books, and in his consultancy practice with many international corporations.

I bet, after all that (if you don’t already know), you’re scratching your head and asking “So…what IS wabi-sabi, Netta?”

Click on the button below for one of the most right-on explanations of it that I’ve seen – an updated version of a 2018 post by BBC contributor and travel writer Lily Crossley Baxter.  It explains it a lot better than I can.

I started this post with the confession that I suffer from PPS (Perfectly Perfect Syndrome) that has been the bane of my life.  I am addicted, it seems, to trying to reach new heights of Perfectness and taking everybody else along with me.

This led to all kinds of interesting lessons for me and, for a time, also led to my being widely known as a Perfect Bitch.

As they say, I am still learning.

I feel melancholy when I am alone,

Saddened by an absence…

The empty space where you used to be,

Waiting with your strength

To cradle me in my weak times,

Waiting with your weakness

To fill my arms in my strong times.

I feel melancholy when I hear

The echoes of your stories,

The telling of your days

That ring through my heart

And fills my head

With yet another realm I never knew

Except when your words

Took me flying through them.

I feel melancholy even though

I’ve learned how to be happy

When there’s somebody leaning back.