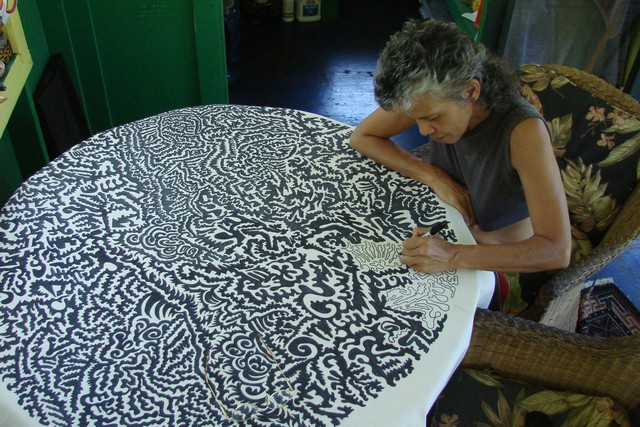 I’ve written poetry from the time I was little, though, of course, the earlier efforts were more of the “fat-cat-sat-on-rat-splat” kind of thing.  Then there was a lot of sophomoric blather followed by more adult blathering.

However, when Fred (my husband and very best friend) died in 1997, I stopped writing.  I also stopped singing and dancing and goofing around…I pretty much focused on just getting through each day and talking myself out of following him.  I cried a lot and spent a bunch of time feeling sorry for myself.  I was a mess.  About nine months after his death, I started doing poetry again.  It was a good thing, I thought, because it meant I actually had decided to keep on living after all. (This was not a decision I took lightly.)

I continued constructing poems for a few years, but then I thought I had no more time for such self-indulgences (since I was involved in a whole lot of other kinds of self-indulgences).  Maybe I was wrong in that, but it seemed like a good idea at the time.

A bunch of years passed.  Some poets began to gather at the Makawao library…a new program instituted by a new librarian that was a branching of an old island group, the Maui Live Poets Society.  I was moved to scribble off a fast poem and it all came back….the urge to blather was reborn.

After about six months of writing and then reading these things out loud to the Live Poets at the monthly third Wednesday night meetings at the Makawao Library, I made a new rule for myself:  I was going to read the things only once before the fans and then move on to other poems.  This has had the effect of challenging me to continue to question, to continue to craft more Life-Built Poems and serve them up semi-hot off the presses.

The most interesting development during all of this was discovering that when I am totally confused about life and the world around me, I could sit down (usually after a good sleep), grab a cup of good coffee, and think on the latest puzzlement.  Then I’d grab a pencil and start in on writing.  It was all stream-of-consciousness stuff.  No editing allowed.  That part came afterwards.

It was a funny thing.  Very often the poem that resulted was a clear view of how I actually felt about a situation I was trying to work through with at least a little grace.  It was like my Inner Smarty-pants was actually communicating with me through the poems!  And, boy, was she smart!  I was able to get a handle on my feelings and straighten out kinks in my head and all kinds of neat things doing this.

So…I figured I’d share this stuff with other people who maybe want to talk with somebody way smarter…somebody who lives inside their own head.