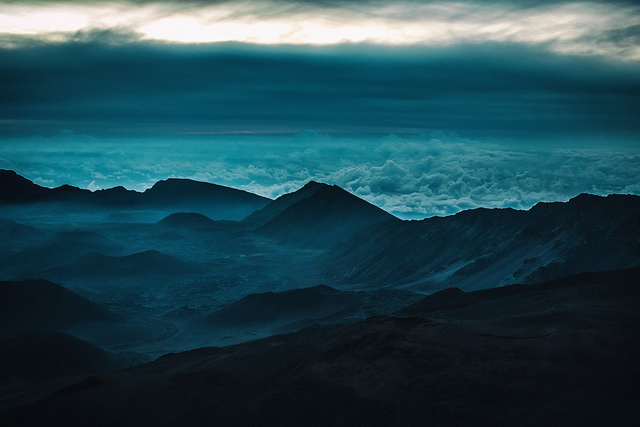 Yeah, I know.  It’s what I tell myself all of the time, echoing the I Ching and assorted other wise guys and smarty-pants, ancient and new:  The goal is getting to clarity.

The problem with that one, of course, is that I’m such a little thing and the Universe is really, REALLY huge.

What are the odds that I’m ever really going to be able to know enough to make sense out of it all?

How likely is it that I’ll be the know-it-all who can suss out the Whopper Mystery and the All of Everything – even with the help of all these electronic devices and beaucoup-pile of databases and stacks of books and that?

IT’S A DILEMMA, ALL RIGHT.

As far as I can tell there are just two basic stances you can take when you start dancing your Tao Dance.   There are ongoing, long-standing arguments for either one.

The first stance is so old it has an established name.  It’s called “paranoia.”

Google will tell you that “paranoia” is a noun that means, “a mental condition characterized by delusions of persecution, unwarranted jealousy, or exaggerated self-importance, typically elaborated into an organized system.”

The entry warns that this “may be an aspect of chronic personality disorder, of drug abuse, or of a serious condition such as schizophrenia in which the person loses touch with reality.”

The second one has a made-up name that’s slowly making its way into dictionaries and such: “pronoia.”

Wikipedia credits a psychologist, Dr. Fred H. Goldner of Queens College in New York City, as the probable official coiner of the name.  The good doctor wrote an article in 1982 that was published in the academic journal Social Problems.

That article, titled “Pronoia,” detailed a phenomenon that is the positive mirror-image of the more established social delusion we call paranoia.

Goldner said that there are those among us who take the social complexity and ambiguity we encounter in the modern world and rearrange the events and circumstances that we all encounter in our lives into a story of support, connection, and well-wishing.

They carry this story with them and the actions that arise out of it are very different than the ones engendered by the paranoia paradigm.

The ideas in Goldner’s article resonated (and continues to resonate) with a lot of people.

Just six years later, in 1988, author Paulo Coelho came out with a novel, THE ALCHEMIST.  In it the protagonist, a young Andalusian shepherd boy, dreams about traveling in search of an extravagant worldly treasure that will fulfill his every wish.

From his home in Spain, Santiago journeys to the markets of Tangier and across the Egyptian desert and has a bunch of adventures before encountering an old, wise man called “the Alchemist.”

The wise old magic guy encourages the boy on his quest telling the boy, “When you want something, all the universe conspires in helping you to achieve it.”

And so Santiago goes on.

This YouTube video, “Paulo Coelho on Luck, Coincidence and Faith” was published in   2008 by HarperOne (an imprint of HarperCollins) to celebrate the book as a “modern classic.”

At the time, 22 million copies of the book – two million of which were in English — had been sold worldwide.

Nine years later, in 2017, Jubilee published the next YouTube video entitled, “How the Universe Is On Your Side” as part of their Patreon campaign called Dear Humanity.

The idea continues to gain ground, it seems.

All of this stuff got me thinking about how each of these two seemingly opposing and (equally delusional) systems of thought-constructs might affect the way you walk through the world.

We humans are lucky.  We get to choose the glasses we want to wear.  It is, more than anything else, our birthright – just because we’re human.

So that’s why I came up with this thing:

Another IPS (Inner Peace Symptom):  an increasing tendency towards radical trust in the Universe.  [It’s a cool thing to feel that there’s a conspiracy afoot to enhance your well-being.  Hawaiians say, “Akua take care.”]

Punahele, a precious child of the heart…

That’s me, a favored child of the Universe.

We are made of the same stuff as

Opens its arms in welcome,

An invitation to dance

In the abundance that is the Universe.

Stomping in all the mud puddles

Down some long dirt road…

We can lie quiet on some hillside

Watching the clouds roll by

In a stately dance.

We can ride the biggest wave,

Fly so high, delve so deep

That we break into another space

That’s every bit as fine as this one.

We can turn our hands

To all the tasks the world requires

And at the end of a long day,

We can rest in the peace

That settles over us,

The peace that comes from Done.

We can hug and love and fool around all warm,

Holding hands, all of us together

As we walk each other home.

We can brave the deepest shadows,

Spending our light on

Helping each other see the

Sparkles hidden in the deepest depths,

Bigger than the oldest trees.

And all of this…

Header photo credit:  “Half the Trouble’s In the Asking,” by Thomas Hawk via Flickr [CC BY-NC 2.0]

22 thoughts on “CHOOSE YOUR DELUSION WELL (Another IPS)”