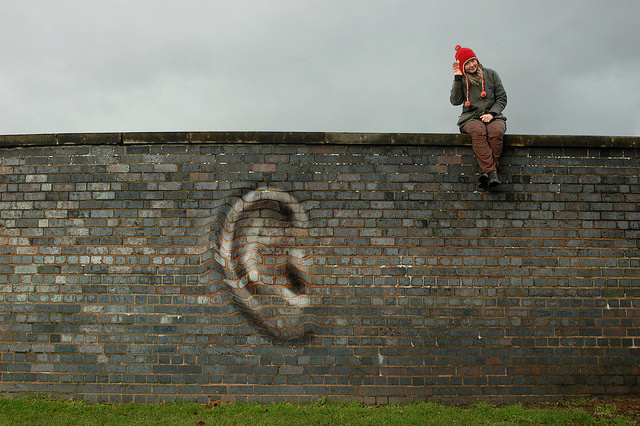 Journalist and radio producer Dave Isay firmly believes that every person has a story to tell, one that the world needs to hear, and he’s been working on figuring out how to gather these stories together so everyone can share in them.  It all comes down to taking the time to listen.

It started, the guy says, when he was a young lad.  He was a loner and a nerdy sort who preferred talking  to older people.

One time he “interviewed” his grandparents and other family elders gathered for Thanksgiving using an old tape recorder he had found packed away in a box at his grandparent’s house.  The old ones were happy to entertain the boy with their stories.  He was enthralled and a good time was had by all.

The elders died after a time, he says, and the old tape he had made of their voices telling stories for their young relative was lost.  Isay has always regretted that loss.

This animated YouTube video tells that story (in the inimitable StoryCorps style) as an introduction to the ongoing work of the massive oral history project that he initiated.

Years later, Isay was a 21-year-old, freshly graduated from NYU.  He was waffling about whether he really wanted to follow the family tradition of slogging through medical school to become a doctor and took a year off to figure out what he wanted to do.  While he was wrestling with that problem the confused young man decided to try his hand at being a journalist.

Isay’s very first attempt at putting together a documentary was for a story about the 1969 Stonewall Riots, a series of violent, spontaneous protests by the LGBT community against an early-morning police raid on the Stonewall Inn, a gay dance bar, in Manhattan’s Greenwich Village.

The raid was part of the constant harassment and bullying the gay community faced during those times.

It was a raid just like any other raid, but this time, someone got mad.  Someone said, “Enough.  Other people joined him.  The angry protests spread and the Gay Liberation Movement was born.

In this YouTube video,  “Remembering the Stonewall Riots” published in 2013 by Open Road Media, Martin Duberman, author of STONEWALL, talks about the significance of the riots.

Isay was really pleased with his work on that first documentary.  It seemed to him that he had found his calling.

He withdrew from medical school and started making documentaries.   His favorites were about the ones about ordinary people.  The man’s life-work has been built on listening to stories.

The company he built, Sound Portraits Productions, is an independent production company dedicated to telling stories about America’s ghettos, prisons and other neglected and hidden American communities  in print, on the radio and on the internet.

The company mission statement is emblazoned on the bottom of their emails:   “Sound Portraits Productions…Documenting a Hidden America.”

IT’S BEEN DONE BEFORE

It’s not a new idea, nor one for which Isay takes credit.  Instead he lists the ones he calls his heroes, other documentarians of the disenfranchised and the unheard:

Sound Portraits Productions went on to create award-winning radio documentaries that were featured on PBS.

Isay has said, “When we feel we’ve succeeded it’s because we’ve managed to expose – truthfully, respectfully – the hidden, forgotten, or under-heard voices of America. And where and when we fail it’s because we’re short of this mark.”

But the little boy who listened wanted to do more.  So many people had stories they wanted to tell and the world needed to hear, but there was no way for them to tell the stories.  Nobody even knew they were there.

STORYCORPS IS BORN AND GROWS AND GROWS

In October, 2003, the first StoryCorps soundproofed “Story Booth” opened in the Grand Central Terminal in New York City with an open invitation for people to interview one another.  Friends, loved ones, even relative strangers were given the chance to conduct 40-minute interviews with help from the StoryCorps facilitators.

Anyone could make an appointment to record a session and it was a free service.  One person was the interviewer, the other was the storyteller, relating some aspect of the life they’ve lived.  The facilitator helped the participants record the interview.

Tens of thousands of people went for it.

The storytellers and their listeners got a safe place where they could hold uninterrupted, meaningful conversations and ask and answer the important questions that very often get lost in the everyday daily grind of life.  They also got a copy of the recording as a memento.

Another copy of the recording session was retained by the Story Corps and the stories became a weekly feature of the Morning Edition of NPR (National Public Radio) since 2005.  (They’ve also been used to create animated shorts which can be viewed on the NPR website.)

The original Grand Central Station StoryBooth was closed down and a new one erected at Lower Manhattan’s Foley Square in July, 2005.

Meanwhile, that same year, StoryCorps converted two Airstream trailers into mobile recording studios and launched them from the Library of Congress parking lot.  They’ve been touring the country ever since.

Here’s a YouTube video published by StoryCorps, “On the Road Since 2015,” that illuminates that story.

A second semi-permanent StoryBooth opened in San Francisco in 2008.  Over time, additional booths opened in Atlanta, Chicago, Milwaukee and Nashville as well.

The StoryBooths, both permanent and mobile, were the major collection points for the stories at first, but not everybody could make it to them.  The organization developed a couple of community programs to collect these other stories as well.

There’s the “Door-to-Door” service that sends teams of StoryCorps facilitators to temporary recording locations in the United States for several days at a time.

There’s also the “StoryKit” service that was started when the New York booth closed down in 2011 for a time due to a lack of funding.  Professional-quality, portable recording devices were shipped to participants around the country for this one.

Another workaround that was developed was the “Do-It-Yourself” service that allowed individuals to download free step-by-step interview instructions, equipment recommendations and a “Great Question” list.  This one was for people who wanted to conduct interviews using their own recording equipment.

A DAY FOR LISTENING

In 2008 StoryCorps launched an initiative called “the National Day of Listening” to encourage Americans to record stories with family members, friends and loved ones on Black Friday, the pre-Christmas shopping bonanza that occurs the day after Thanksgiving.

Then in 2015, the day was rebranded as “The Great Thanksgiving Listen” when StoryCorps launched their StoryCorps App.

Teams worked with teachers and high school students across the country.  The kids interviewed their elders and recorded their stories over the holiday weekend on an app on their smartphones.

The free app was developed by StoryCorps with the support of a 2015 TED Prize and 2014 Knight Prototype Fund award.  It allows users to record the interviews on a smartphone.  Users can upload their interviews to the StoryCorps.me website.

Over the years, there have been collaborations and initiatives with groups, organizations and institutions from all over the country that target various segments of the American population as well.

Stories have been collected from the military, from people suffering memory loss, from Latinos and from African-Americans, from LGBTQ community, from people in prisons and the criminal justice system, and from those personally affected by the events of September 11, 2001.

Also, there’s the StoryCorps Legacy community program which partners with medical and disease specific organizations to provide opportunities for people with serious illness and their relatives to record and share their life story as well.

With the participants’ permission, the stories collected by all of these efforts (including the ones recorded on smartphones) are archived in the Library of Congress’ American Folklore Center.  It constitutes the largest single collection of “born-digital” recorded voices in history.  It is a massive living record of American lives by the people who lived it and it is magic.

The stories are slices of life that have been used in a wide range of projects.  The collection has been useful as a resource for various researchers in language, speech-recognition, and history among other things..

Over the years StoryCorp founder Dave Isay has published five books full of stories from the collection as well.

One of the participants who conducted an oral-history interview with her grandmother in the Grand Central Station StoryBooth was featured in a Library of Congress blog post about the archive and how it was made.

Sharon DeLevie-Orey explained, “Last year my sister and I came to StoryCorps with my then-91-year-old grandmother. We had this fantastic interview, in which my grandma was candid and funny and loving.

“Yesterday she died. I just took out my StoryCorps CD and noticed the date, a year to the day. Tomorrow will be her funeral.  I could only listen to about 20 seconds before bursting into tears,” she says, “but I am so grateful that I have this.  Sure, I could have taped her anytime in the last 41 years. But I didn’t. Now the reward is so huge.”

Her conclusion:  “Everyone should do StoryCorps—because we don’t live forever.”

Sharon’s story is echoed by many others who have participated in the StoryCorps process as well.  For many it was the “best 40 minutes of my life”  that added meaning and mana to their ordinary life.

TO AN OLD STORY TELLER

The thing about telling a story

In the first person

With you at the center of it all,

Looking out from your inner sanctum,

Old roads and paths once traveled,

Is that you know and I know:

You lived to tell the tale.

No matter how many thrills

And chills and spills you call up,

The fact is that you’re still standing here

Under this old sun,

Times of high adventure and

Remembering the mountains and the valleys

Hiding in the mists of your memory.

The quiet times make a matrix

Where light plays in the dark

As you hum an old song

And conjure up the dreams

Of the days when you were young and stupid

And the world was new to you.

You are an old survivor.

It’s a marvelous thing to sit,

Leaning against this pillow,

Listening to the dream of you.