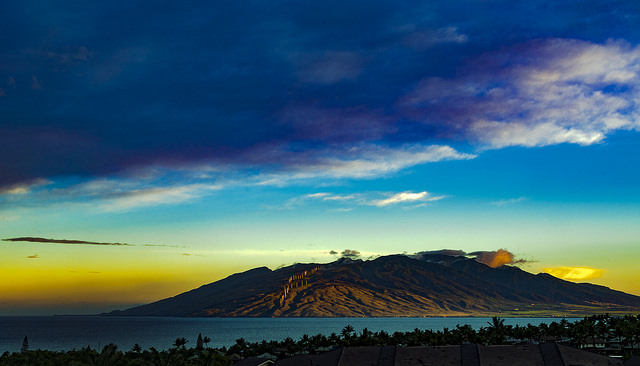 Another IPS (Inner Peace Symptom):  an inclination to try and see whether you can pull something off.  [Trying it for yourself can lead to some amazing discoveries.]

I am watching a young friend who’s stuck in a major cycle of suck.  He won’t try anything new.  I don’t understand why it’s so hard for him, but there it is.  He sits around moaning about how his life is not working, but he won’t try doing anything different.

I don’t know.  Maybe he took the Icarus story too much to heart.  Icarus and his dad, a mythological inventor extraordinaire named Daedulus, were incarcerated in a famously inescapable prison by some king or other.

Daedulus, it says here, invented a way for humans to fly.  (This was long before hot air balloons and heavier-than-air planes or anything.)

The inventor and his son, the story goes, strapped on wings made of wax and feathers that Daedulus designed.  The wings worked and father and son escaped the fortress strong, but Icarus got so tripped out by the experience that he flew too close to the sun.

The wax melted, the wings fell apart, and he crashed.  At this point, the Greek chorus cuts in and dolefully groans out the orthodox lesson:  “The gods get angry at those who would dare to fly.”  Uh-huh.

(It is worth noting that Daedulus also flew and he got away clean.)

Filmmaker Stanley Kubrick had an interesting take on the Icarus myth.  He said, “I’ve never been certain whether the moral of the Icarus story should only be as is generally accepted, ‘don’t try to fly too high,’ or whether it might also be thought of as ‘forget the wax and feathers and do a better job on the wing.‘”

Kubrick is famous for directing ground-breaking, innovative films (in their time) like Dr. Strangelove, Clockwork Orange, 2001: A Space Odyssey, The Shining, and Full Metal Jacket.  He was really good at the art of trying something else.

We are, all of us, trained to fit in.  The herd is stronger if everybody is all together, doing the same things, following the tried and true is the reasoning.  Everybody agrees.

Don’t stand up.  Don’t stand out.  In Australia, they call it the “tall poppy” problem:  Stand out and you’ll be cut down.  In Japan they talk about the nail that sticks up.  (It inevitably gets pounded down.)  Sheesh!

Taking a turn off the beaten path engenders dire predictions of eminent doom.

The easiest way to “fit in,” it seems, is not to start anything, not to try anything that is not-like-the-other-guys.  It’s also a really good way to get stuck in suck…as my young friend is, unfortunately, finding out.

The problem is you can get mired in a miserable bog of your own making that is a lot like being stuck in high school forever.

The antidote to all the heavy, herd-induced, foot-dragging, haul-that-barge-tote-that-bale mentality is to get into the habit of trying something else.  It doesn’t seem to matter what you try, it seems.  (Probably, though, experimentation with the latest pharmaceuticals might not be a grand idea.)

Software engineer Matt Cutts is featured in this You-Tube TEDTalk that was published in 2011.  In it he advises, “Try something new for 30 days.”

If that sounds like too big a step for you, there’s an even smaller, tiny-step method, all ready-made and on-line.

In this YouTube video by CreativeLIVE, “28 to Make: Create Something New Every Day This Month,” you can join Makers Kate Bingaman-Burt, Ryan Putnam, Erik Marinovich and Lara McCormick in their romp through a series of daily creative project ideas that show up in your mailbox when you sign up for them.

It’s a “way to get back into the habit of making cool stuff”, they say.

One of my favorite books that I dip into again and again for new things and new “heads” to try on is Mark Nepo’s THE BOOK OF AWAKENING:  Having the Life You Want By Being Present to the Life You Have.

Nepo took 14 years to write the book after coming out the other side of cancer.  They are his beautiful musings about life and loving and being heartful.

The book was published in 2000 and has since gone all over the world, being translated into 20 languages and over two dozen printings.  It is a wondrous place to put your head if you are wondering what else you could try.

Go on…give these things a shot!  Who knows what you might make?

[An update:  Since I wrote this, my young friend has fallen in love with the logistics and geometries of tree-trimming and arborial gymnastics lugging chainsaws and other loud tools, as well as the shaping and tending of lovely old trees and the beauty of wood. We were able to point him towards a mentor — a semi-retired old-style logger dude who was extraordinary in his day.  It’s all good….]

Erect a new idea and float it –

One more flying castle in the sky –

Then run-run-run to lasso the thing

And anchor it to the ground.

Work your buns off making it come real,

Then watch it crumple one more time

And dodge those stupid falling rocks

Coming down all around you.

The wise ones call it a treadmill, ya know.

I think I’m starting to get it.

That hamster in his cage has nothin’ on me except

The squeaky wheel’s starting to irritate the heck out of me,

And he just keeps on truckin’.

Tell me again, babe:
You are doing this…WHY?

Where’d I park my Millenium Falcon?

There has GOT to be a better way to do this.

I think I figured out why I don’t write novels.

I’m not a storyteller, it seems.

My timelines fall apart and nothing makes any sense.

It does not come together.

I guess I wasn’t born to write stories.

I’m just doomed to live them.

30 thoughts on “TRY SOMETHING ELSE”