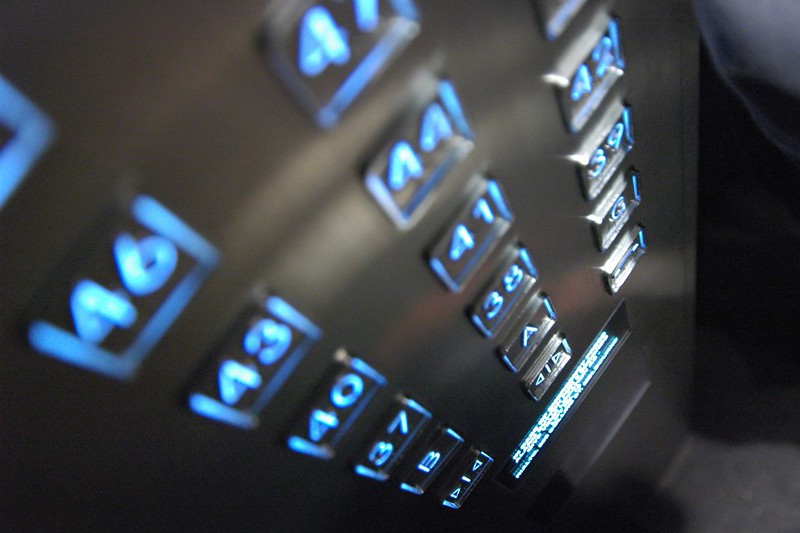 Ahhhh….the “elevator pitch.” One more tool in the marketer tool-box.

It says here that in order to be super-effective marketers, entrepreneurs, and hustlers-extraordinaire, it’s up to us to distill an explanation of the essence of our skills, services, goals, background, and even our very own selves into a sparkly speech that lasts anywhere from thirty seconds to two minutes.  Then we ask for something.

This speech is supposed to last the length of a ride on an elevator.  It is to be delivered in a lively and vivacious manner to strangers and other people who “matter” (or whatever) and who don’t know they need to know you.

An additional minute-and-a-half isn’t much better for this sort of thing.

There are a number of YouTube videos about The Pitch.  Here’s a very good one by Lauren Berger, self-styled “The Intern Queen,” which was published in 2017.

It’s lively, to-the-point, quite cogent, and doable…I guess.  Maybe it can even work, if the Force Is With You and the Odds Are On Your Side.

AND WHAT ABOUT THE VICTIM?

As I watched this (and other enthusiastic presentations about this form of self-promotion), I had a flash of what it might be like to be the recipient of one of these pitches.

There you are, a typical business-leader thinking Elon Musk business-leader-type thoughts about your own concerns and trying to tease out some solution to an annoying dilemma in a quiet moment, and some earnest person dives into your consciousness and yanks you around with some blather or other about their own needs.

This strategy is supposed to encourage you to lend a sympathetic ear?

It makes me wonder how often this sort of things happens to the ones who “matter.”  Why aren’t more of them going postal or something?

I sure would…but, maybe that’s just ‘cause I don’t “matter.” Maybe the ones who “matter” are kinder than me.

Wikipedia says a commonly-held origin story about this strategy is that during the 1990s journalist Michael Caruso kept trying to pitch story ideas to Ilene Rosenzweig, a senior editor at Vanity Fair monthly magazine in New York, and could never pin her down and get her to sit still long enough to hear him out.

The writer planned his attacks on the editor’s consciousness by ambushing her in building elevators and other places and talking fast.  Often the pitches worked and the two got on with their day.

Note, however, that Caruso and Rosenzweig had a long-standing working relationship.  The strategy was a result of years of collaboration, talking, and running around after each other.

The elevator pitch thing was one of the stories they’d tell on each other.

That’s not the same thing as hitting some stranger upside the head with “Your Story.”

One of the best alternatives to the mindset promoted by advisors to self-marketers (the same guys and gals who tell us we all need to jump out of bed all focused on one clear goal and ready to express ourselves in succinct sound bites) comes from a book by deep thinker and philosopher Parker J. Palmer, ON THE BRINK OF EVERYTHING: Grace, Gravity, and Getting Old, a collection of Palmer’s essays, poems and thoughts.

Palmer says he’s one of those “diffuse” people who have lots of different irons in the fire and who do many different and diverse things as he walks through the world.

“When I’m asked for the ‘elevator speech’ that sums up my work, I respond, ‘I always take the stairs, so I don’t have an elevator speech.  If you’d like to walk with me a while, I’d love to talk.’”

He goes on to say, “I don’t know of a life worth living or work worth doing that can be reduced to a sound bite.”

Ya know…I sort of feel that way my own self.

Life takes time to live.  Your story needs time to be told.  And, very often, showing is way better than telling.  Elevators aren’t made for that.

This YouTube video, “The Last ‘Opelu Man,” is a short documentary published in 2017 by Living Ocean Productions.

It is about Chuck Leslie, one of the last fishermen living on the Big Island of Hawaii using an old-style method of net-fishing for ‘opelu (also known as mackerel scad).

‘Opelu was a traditional staple fish for Hawaiians and is still the second most important fish in catch and market value.

Now, try making an elevator speech “ask” about that one.  You’ve got two minutes.  GO….

That little voice that presses me

To pick up the pen that,

Sharper than a knife,

Cuts into my heart

And lets the blood flow.

I am losing so many of the ones I love.

They are being ripped out of

They have nestled inside of me, all warm,

And the empty that leaves behind aches.

What need do I have for knives

There are only tears now.

I am drowning in them.

25 thoughts on “STOP CANNING YOURSELF (No Elevator Pitch)”