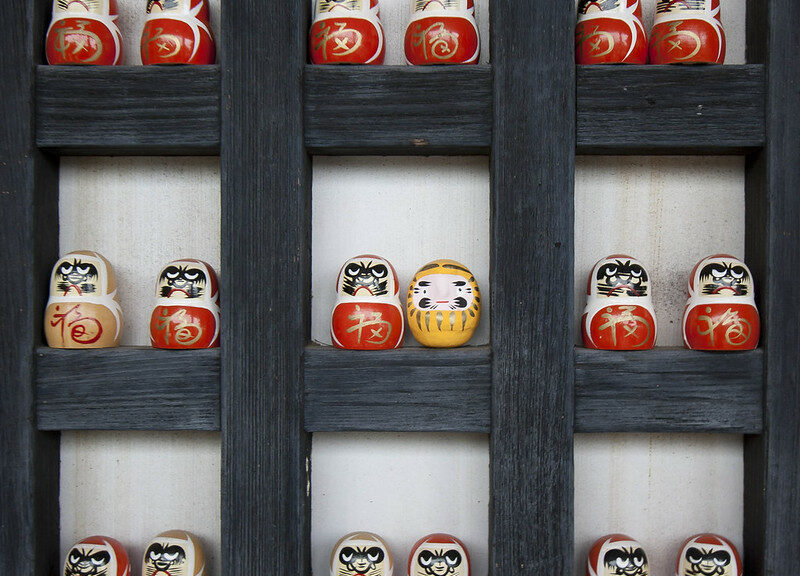 Lately I’ve been stumbling over books and assorted other offerings by shiny people and various sorts of life-advisors parsing out all the advantages (plus some of the disadvantages) of “being different.”

If you do this, they say, you will stand out.  You will be an “interesting” being.  You will be a Winner-with-a-capital-W.  Maybe you’ll even get to be rich and famous.  And isn’t that a cool thing?

The problem, as these life-advisors will also tell us, is that “being different” can turn your world into a battlefield.

Despite what some of these folks seem to be saying, this “being different” stuff is not just a matter of adopting some stance or other that looks good on you and pretending to be that.

Author Mike Stutman has a take on the thing that makes a lot of sense to me:

You can make life very simple or very complicated. Some people try to be what others want them to be.  Others try to be different just to stand out.  In both cases, they are changing themselves to impress others.  Neither of these paths has a heart.

Stutman goes on to advise, “Just be true to yourself.  It’s that simple.”

It can also be the most difficult thing in the world to pull off.

Resolutely insisting on making adamantine self-disclosures of your own, latest truth-of-the-week without taking into account the sensibilities of the folks around you may not be the best way to proceed on your own journey.

For one thing, it has the unfortunate tendency of leading to outliers and outsiders hitting a number of defensive “walls” that have been built up from the collective will that is an inherent part of any group of people among whom the different one happens to be.

The other people in these scenarios have a vested interest in how things are now.  They don’t particularly care about your individual take on things nor do they want to even consider how you want to change their outer consensus-world to suit your own self and your own needs.

THE THING ABOUT SNOWFLAKES

Here’s how the familiar argument goes:  Even though there are billions of us humans on this here planet, each and every one of us is an individual, different from every other person in the world.

Even Science agrees. DNA signatures, it has been found, mark our body fluids, our fingerprints and other bits of our skin or hair and can be used to differentiate us, one from the other.

It’s an old cliché:  All of us are just like snowflakes — as unique as a frozen water droplet can be.

That’s a truth, but have you ever noticed how a whole pile of snowflakes can end up looking like slush when conditions change?  Like individual snowflakes, us humans tend to get a bit schlubby when things heat up. When you are the different one among the many who are more similar to each other than they are to you, it’s likely that heat will be applied.  It’s also quite probable that unless you are really being who and what you are, you may adapt yourself right out of the “stand” you are trying to make.

Actually, this may be one way to tell whether we are truly being ourselves or if we are trying really hard to be The Great Pretender.

If you’re truly being yourself, you might not be able to change around your presentation of yourself enough to suit other folks.  You may not be inclined to spend a lot of your time explaining yourself to them either.

In the middle of our celebration of our own uniqueness, we do tend to forget that us humans are more alike than we are different.

All of us have feelings.   All of us can be hurt.  We all have basic needs that we want to satisfy.

Many of us want to “belong” to something bigger than ourselves.  We very often want to make our own life stories meaningful.  We all want to be “understood.”

All of us get lonely.  All of us are unsure of ourselves at times. None of us has all of the answers.

What we choose to reveal of ourselves – the ways we differ from and the ways we are the same as the other people around us — are a matter of choice. They are probably the only choices we can actually make as individual humans.

Sometimes the choices we make can be directed or even dictated by the world around us.  When you feel like you’re an outlier or an outsider, it’s a given that you will probably be aware of the collective might of the people around you.

In places where there is less tolerance for different, you might have to get very good at learning how to at least simulate being “street legal”.  If you’re in a place where being different means you might get burned at the stake or shot in the head for not being the same, this is an important life-skill to cultivate.

(Working on ways to get out of that gnarly place is also a good life-skill to develop.)

If you’re in a place where it’s okay to be different, be grateful. This is an incredible privilege that you have been given, I say.

Mayim Bialik is an American actress who is best known as the title character in the NBC sitcom “Blossom” from 1991 to 1995 and later as the neuroscientist Amy Farrah Fowler in the CBS sitcom “The Big Bang Theory” from 2010 to 2019.

In real life, Bialik really has trained to be a neuroscientist. She earned a Ph.D. from the University of California at Los Angeles (UCLA) in between acting stints.  Besides this she is an active vlogger and social media maven with millions of followers.

Since 2015, she has spent a lot of time exploring (and explaining) life-style choices – her own and other people’s – as well as the ramifications and results of making such choices.  Her thoughts about it all are often quite interesting.

I suppose Bialik could be described as a poster-child for “different.”  She’s made a career of highlighting all of her differences, after all.

The following video, “Hurts To Be Different” was uploaded by Bialik in 2016 and features her thoughts about what it feels like to be on the outside looking in.

TO YOUR OWN SELF BE TRUE

This YouTube video, “Being Different” is a slice of life that was uploaded in 2019 by “Caught In Providence,” a local weekday television show that captures real-life people in the middle of their stories.

This one happened in Judge Frank Caprio’s traffic court in Providence. It features a young autistic boy whose mom is in court for a number of minor traffic violations.

The boy in the video has no choice but to be different.  Diagnosed as autistic with a side-order of ADHD, he received a lot of help and worked very hard at finding his own social footing in the world in which he lives.  In his own, quiet way, he is a powerful inspiration.

It does seem to me that every one of us humans are both unique and “different” as well as “universal” and “generic” at the same time.  All of us are multi-faceted that way.

How well we fit into the world around us can depend on which part of that spectrum of human attitudes and habitual behaviors that is within us we choose to reveal to the people around us.

Trying out different stances and reveals or choosing to move to another place with people who are more accepting of who we really are can help us find the place where we are most able to be true to the self we most want to be, I am thinking.

Some people, I guess, are searching to find

Who will balance them,

Who will bolster them,

Who will compensate for

Their own halting gaits

So they can walk upright in the world.

They get enraged by the imperfections

Of the one they’ve chosen to hold them up.

They are bitter when their needs are not met.

They feel betrayed when the one they looked to for support

Turns out to be a broken reed.

I do not really need a cane

That’s polished all fine and

A thing of beauty and opulence,

Turned by some master’s hand

I can stand without needing to be

The envy of some faceless crowd,

Hungry for something to fill their own emptiness.

But, flying things need some place to land.

Creatures of the earth are we

With legs and feet that need solidity.

All I need is an arm, I think,

And a warm hand that’s welcoming,

And a soothing voice to talk me down

From the heights I have been exploring,

A voice that calls me back to the world

When I try to go too far,

Caught in the song of the winds

And the allure of wide horizons.

That’s what I am searching for.

Header Photo credit:  “Being Different” by Lawrence Murray via Flickr [CC BY 2.0]