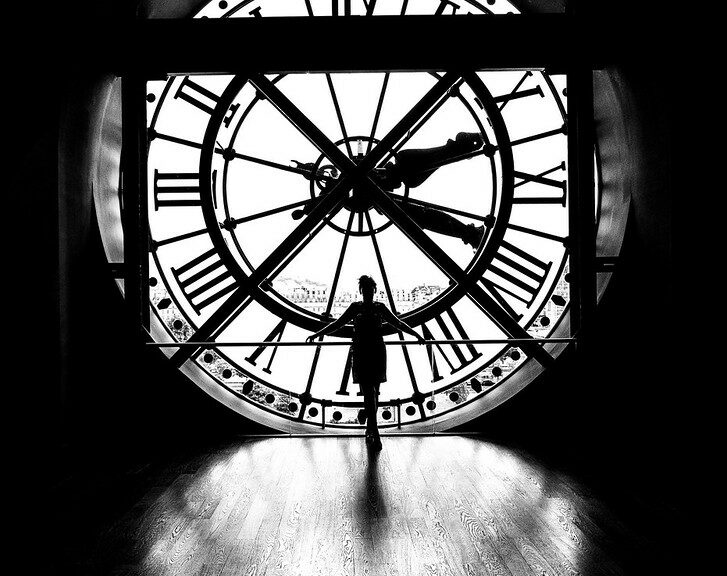 The stress of coping with the effects of the global pandemic in 2020 and beyond – social distancing, forced quarantines, and travel restrictions as well as the awkward and unsettling changes in day-to-day living and the resulting changes in our accustomed lifestyles — led many of us to re-examine what makes our own lives meaningful.

I suppose it should not come as a surprise that making connections with other people and working on keeping these connections going and growing will always play a large part in adding meaning and richness to our lives.

Isolation and shying away from casual connection has become the default mode for many, it seems.  Celebrations of “together” got small or went online, and working from home in the name of “safety” became more commonplace unless you happened to be an “essential worker.”

For many, the job went away or morphed in ways that made it difficult to maintain old ways of walking.

The result of the strongly suggested retreat behind our physical shields – our walls and our masks – and clearing spaces around ourselves seems to be a noticeable uptick in impaired and deteriorating physical and mental health among the ones who are most isolated.

Depression and angst, poor sleep quality, impaired cognitive and other brain functions as well as possible cardiovascular and impaired immune function, the guys who study such things tell us, is on the rise.

Physical and mental isolation is not good for us humans.  The ancients and the smarty pants down through the ages have told us this and so do those folks in the white lab coats.

There’s a lot of advice out there about how to cope with the effects of isolation, pandemic-induced or otherwise.  A lot of them seem to involve either:

The problem is none of these solutions will actually satisfy our deep-seated human need for high-quality connections with other people that convince you that those other people probably do have your back.

“High-quality” connections are the ones where positive, short-term interactions between two people occurs, says Emily Esfahani Smith in her book, THE POWER OF MEANING: Crafting a Life That Matters.

“High-quality” connections happen when each person is tuned into the other one and both reciprocate positive regard and care.

The warmth of a shared smile, a handshake, or a hug; the mingling together of the sounds of our easy laughter and joyousness with those of the people we like; and participating in soft and heartful conversations by people who care about each other have always been touted as part of building our sense of belonging, our sense of togetherness and unity.

And for most of us, belonging and community do matter.

“A deep sense of love and belonging is an irreducible need of all people. We are biologically, cognitively, physically, and spiritually wired to love, to be loved, and to belong. When those needs are not met, we don’t function as we were meant to.”

We know this stuff already.  The pandemic response just helped us see it even more clearly.

AN OLDER WAY OF WALKING

Archbishop Desmond Tutu is one of South Africa’s best-known human rights activists.  The first black Anglican Archbishop of both Cape Town and Johannesburg, he won the Nobel Peace Prize for his efforts in helping to resolve and end apartheid.

In this 2013 YouTube video, “Ubuntu: The Essence of Being Human,” the archbishop, a much-loved icon, gives a beautiful, brief explanation of an old African mindset, ubuntu.  It was uploaded by the Desmond Tutu Peace Foundation, it says here.

In 2014, Carnegie Hall put together a festival celebrating South Africa’s musical tradition.  The following YouTube video, “UBUNTU – Concept of ‘Ubuntu’,” has two of the participating artists trying to explain the idea further.

When I browsed through all of the different vlogger and blogger takes on ubuntu, it struck me that this concept has as many interpretations, explanations, and even some blatant exploitations as an ancient Polynesian concept, aloha.

I found similar echoes in other ancient wisdoms as well — in various Asian, native American Indian, and in the shamanic, Jewish and Celtic traditions that I’ve explored.

The interdependence of people, wise guys all over the world and through the ages say, is a given.   You cannot be a human without other humans.

PUTTING ON YOUR WALKING SHOES….

Professional optimist and writer-public speaker Simon Sinek does touch on the problem of dealing with the paradoxes inherent in this way of trying to maintain this interdependence mindset as well as dealing with all of the complexities of modern life in this 2020 YouTube video:  “Who Comes First:  You or the Group?”

The little snippet doesn’t tell you what to do, but the guy wrote five books, all of them best-sellers, about how you can walk in the world as it is and get to the place you want to be without turning into a me-Me-ME monster.

Another interesting resource is a book by author and yoga instructor Arthur Jeon, CITY DHARMA:  Keeping Your Cool in the Chaos.  This book about how to cope with the challenges of urban and suburban life has gotten mixed reviews from the crowd at GoodReads.

For many, it isn’t Buddhist enough or too New-Agey or something.  I like it because it is so ordinary.  Life-hacks that work tend to be that way.

When you’re into self-improvement, you can lose sight of the fact that every move you make (or don’t make) may not have a lot of impact on or meaning for the rest of the world.

You are, after all, a tiny little bit of the world.

It’s like making coffee, it seems to me.  One grain of a ground-up coffee bean swimming around in a cup of milk doesn’t do much.  You need a whole lot of ground-up grains from a bunch of beans to get a decent cup of latte.

One act of kindness or reaching out to connect doesn’t do much.  A practice of acting with kindness and reaching out consistently, learning to harmonize (and maybe even to sing descant above the basic melody surrounding you) can add up to something mighty impactful.

And that can be a very good thing.

Here I am, by myself again.

4 thoughts on “UBUNTU (An Un-Seeing Exercise)”