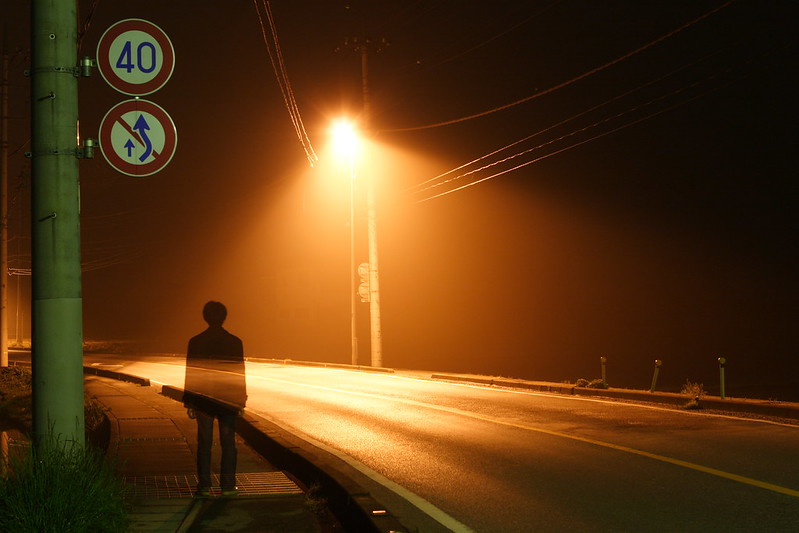 Here’s a thing.  On your way to any dream of yours, there are always going to be people telling you what you “should” do and how you “must” move, pointing out paths that suit their own propensities and agendas.

Every course you take, every video you watch, every book or post you read, every other person you talk to probably will have some embedded assumptions that might not resonate with your own.

It gets confusing when all the other voices chime in, drowning out your own inner thoughts and feelings about a thing.  The dizzying distractions proliferate and all kinds of B.S. gets dumped on your head and slides down your mind.

Feelings are such slippery things.  They slide all around and morph every which way every time someone else pokes at them or whenever some circumstance or other puts up roadblocks and detour signs or presents some new, improved “opportunities” in your path.

Feelings and moods shift.  You can get all turned around because of some feeling-induced thought or action that moves your world sideways and sends it off into some ditch or other.

This confusion, it seems to me, is just one more aspect of the creative process.

When the possibilities swirl around you, before you decide on the direction you’re going to take your project, it’s like you’re the Rich Stranger in a poor, third-world country overwhelmed by the mass of Beggars surrounding you, all asking for your attention.

This sense of direction is like some badass Native Guide showing up, pushing through the crowd and backing off all the Beggars so that you (the Rich Stranger) can go do the adventure you want to do.

ABOUT THAT NATIVE GUIDE….

That metaphorical meta-story (the inner story that’s underneath the more obvious external one and helps to explain it) seems apropos.  And when I encounter a meta-story, I have this tendency to start deconstructing the thing so I can look at the bones of it all.

The thing you need to know about this way of playing is this:  since this meta-story is about your own external story, you get to play all the parts.  (There’s nobody else in there, after all.)

It seems to me that your Native Guide in this bit of silliness is what the Jungians and them call your Shadow – the dark creature hiding away in yourself that you never want to admit into polite company.

(Wasn’t there some New Age quote or other that says that it’s the cracks in you that lets your light shine through?  It’s a funny thought that maybe it is your Shadow that helps that light shine brighter.)

HOOKING UP WITH YOUR SHADOW

One of the bravest bits of self-disclosure I’ve ever seen is in this 2017 YouTube video TEDTalk, “Why You Should Define Your Fears Instead of Your Goals” featuring the internationally known innovative Un-Seeing thinker Tim Ferriss.

In the video, Ferriss sets forth an exercise he calls his “recipe for avoiding self-destruction.”  He calls it “Fear-Setting.”

Rather than setting goals and looking at the projected future glories that some action or other could promote, Ferriss advocates visualizing in detail the worst-case scenarios that could occur should you choose to take (or not take) some course of action.

Fear-Setting, he says, helps you separate out what you can control and what you cannot control in any situation.

It also helps you decide whether taking or not taking that action about which you are thinking is a good thing.

THE FEAR-SETTING EXERCISE, ACCORDING TO FERRISS

Fear-Setting starts with three sheets of paper and a writing implement.

(You have to write down your answers to three questions, one per page, and the answers are going to take a bunch more paper so have a supply handy.)

Fill in the blank with whatever action you are contemplating.

Now, write down each possible disaster that comes to mind when you think about this action you’re going to take.

PAGE TWO.  The next question is:  What might be the benefits of an attempt or a partial success?

Write down all the benefits that might come from taking whatever action you are contemplating.

PAGE THREE.  The final question to consider is this:  What is the cost (emotional, physical, financial, etc.) if I do not take this action or make this decision?

In this one you’re going to take a look at your life if you just left it alone and just let things be the way they are now and then project that status quo same-old forward into the future.

Ask yourself, “What will my life look like six months from now if I don’t do this?”

Then, “What will my life look like in twelve months?  In three years?”

Don’t skip this part.  It may be the most important part of this whole thing.

What you are looking at, when you do this, is what Ferriss calls “the atrocious cost of the status quo.”

Using all of these pages of answers, you will be doing your own data collecting about what is real to you in your situation right now.

You will be teaching yourself to see where you are standing in this moment and letting yourself know how you feel about it and what you think about that.

Ferriss explains in the video how you can use this exercise to make your best decisions – about business, about life and about your own self — and then you’ll be more ready to go do your move (or not) and start your adventure (or not) in a more conscious, considered way.

BONUS:  AN INTRODUCTION TO STOICISM

Another thing Ferriss does in his video talk is introduce an ancient Greco-Roman system of thought called Stoicism.  He calls it an “operating system for thriving in high-stress environments.”

Stoicism was an ancient Greek school of thought developed in Athens by Zeno of Citium (c. 334 to 262 BC) who used to deliver lectures and talks to his students and fans in a world-famous “Painted Porch” (the Stoa Poikile), which was part of the ancient Agora of Athens.

Stoicism, as Ferriss points out in the video, has morphed into a mental toughness training system for professional athletes.  As the 21st century rolls along it’s getting more and more popular among ordinary folks.

The philosophy/life-stance/whatever was based on the importance of virtue (the highest good) and living in harmony with What-Is.  It has been revived and transmuted by post-modern minds looking for answers in a world that gets more and more fragmented and confusing.

Google “best discussions about stoicism” and you get over 4 million possibilities to explore.  Amazing.

he was going through some rough

right then, walking through

a desolation of pain,

“i wish i had the power

to heal all the hurt people

in the world and make the

pain all stop; i’d do it

pictures of how the world

would be with no suffering…

and i said, “if you take away

the pain, then you take away

the lessons and you take away

the person’s right to grow.”

which he said was stupid,

and he really did not hear me

because his pain was so bad

that he could not hear

the lessons that were

shouting messages at him

and, anyway, he wasn’t

if he had been listening,

i guess he would have argued.

and i said, “if you take away

the pain and you take away

the growing, then you take away

the living, and there will

only be the dying left to do.”

on and on and on.

if he had stopped, i could have

told him, that healing only happens

from the inside out,

which is the only way that

how to grow and how to live.

his ears were stuffed with buts

’cause he liked to argue.

still, i could have told him nobody

grows unless they’ve got a reason

’cause growing past your comforts

is the hardest thing to do,

and if you’re not growing,

and if you’re not living,

then all you’re doing is dying

from the inside out.

and the bitter and the sour,

the sharp and the cutting

are the tools that trim you

down to what is strong.

but i’m sure he would have argued

for the gentleness and sweetness.