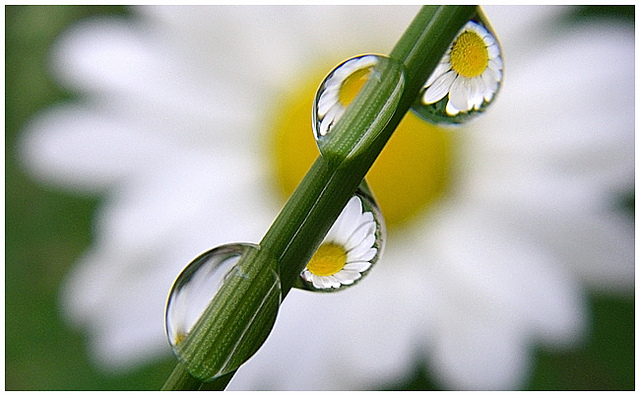 Back in the ‘70’s I ran across a small book of distilled teachings taken from talks given by Zen monk Shunryu Suzuki, ZEN MIND, BEGINNER’S MIND.

There was this quote in it:

It spoke to me, that quote, and I’ve spent a lifetime trying to unpack the thing.

I’ll probably do other posts about Beginner Mind, so all I’ll say about it right now is that Beginner Mind is an ancient wisdom teaching that helps you develop what educator Barbara Oakley dubbed a “growth mindset.”

This way of thinking keeps you from locking into fixating on the same-old “shoulds” and “musts” and “that’s-the-way-it-is” that all of us humans tend to create as we experience life.

Beginner Mind is expansive.  It’s not cluttered up by a lot of specious assumptions, expectations and preconceptions.

A gear-head analogy for Beginner Mind would be something like attaching a satellite dish to some receptor or other and having access to a whole bunch of channels.

Martial artists wax poetic about standing receptive to whatever comes at them when they talk about Beginner Mind.  Whatever.  Beginner Mind is a very cool tool to have in your Life Toolbox.

That’s been my take on Beginner Mind for a while now.

It may be why the YouTube video, “Nurturing a Beginner’s Mind,” that I’ll be sharing with you towards the end of this post caught my attention.  The video is a production of INKtalk, an off-shoot of the TEDtalk phenomenon.  INKtalk was organized by Lakshmi Pratury, who put together the first TEDIndia talks in Myosore in 2009.

(The reason the video’s at the end of this post is mostly because it introduced me to some other fascinating side-trails that I think are also worth exploring.  Come take a look!)

The video I’m going to share with you (after a bit of dancing around) is an INKtalk published on YouTube in 2013.

It is one of a series of talks that have happened during the annual conferences, mini-conferences and salons coordinated and produced by INK, self-described as “India’s foremost platform for the exchange of cutting-edge ideas and inspiring stories.”

Pratury wants the world to see INK as “a curator of contemporary oral history.”

The organization, she says, searches the world looking for people with stories and missions that center around innovative solutions for the broad scale problems that plague young economies, especially in Asia, the Middle East and Latin America.

The stories they have gathered together are about innovative, world-changing ideas that address problems in recurring societal issues like education, governance, energy, health, poverty, and infrastructure and do make for some very interesting reading.

ANOTHER WAY OF SCHOOLING

In the upcoming INKtalk video, Saba Ghole, a former architectural urban designer who became an education and technology entrepreneur, talks about the work she and the members of her team do at the NuVu Studio at Cambridge University.

Ghole is one of the co-founders of the NuVu Studio, which was a brainchild of fellow Massachusetts Institute of Technology alumnus Saeed Arida.

As part of his Ph.D. dissertation while at MIT, Arida explored the concept of a learning place modeled on the apprenticeship and project-based learning and hands-on problem-solving that is characteristic of an architectural studio.  Before he graduated, Arida implemented an on-campus pilot program at the Beaver Day Country School in Brookline.  This pilot was so successful that it led to an even larger project.

Arida collaborated with Ghole and another fellow MIT student David Wang, an engineer  and technology enthusiast, to launch NuVu Studio in 2010.

Wang collects degrees, it seems.  He’s got them in aeronautics, astronautics, electrical engineering and computer science.

The three friends have a penchant for collaboration and they continue to gather people together so they can help other Makers build cool stuff.

NuVu Studio has become an amazing “innovation studio” that is an alternative full-time, trimester-length schooling experience for middle and high school students — baby Makers who want to learn how to grow their spirit of innovation and to experience hands-on, real-world problem-solving of the finest kind.

More than 3,000 students – mostly from the local schools in the Boston area — have gone through the program since it began.

It is a far cry from your regular school experience, as this short video, “What is NuVu,” published by HarvardX in 2017 illustrates:

Capitalizing on the immense resources of MIT and Harvard University, the Studio facilitates the participation of the students in multi-disciplinary collaborations with Studio-trained “coaches” who are themselves architects, engineers, or experts in science, leading-edge technology, music, art, photography, fashion, and more.

Many of the coaches are MIT or Harvard students who are excited about doing hands-on work in their fields as well.

They work in large open-space studios and workshops using state-of-the-art tools that include things like laser cutters, 3D printers, as well as more mundane tools and assorted building materials.

Here, students don’t get grades – they have portfolios showcasing their work and progress. Problems are tackled in weeks-long blocks rather than hour-long classes.

The students are challenged to learn in new ways.

Analytical thinkers are inspired to explore their creative selves while creative students expand their capacity to think and learn analytically.

Whole-brain thinking is nurtured and encouraged.

The goal for these students is to make products that solve real-life problems that the students have defined with the help of their coaches using “themes” selected by the organizers.

AND NOW FOR THE VIDEO (AND SOME THOUGHTS)….

In the video, Ghole presents a collection of wonderfully clear insights about the components that make up the Beginner’s Mind stance.

(By the time she did the talk Ghole had already been working on helping to grow creativity and innovation for a number of years.)

The three big ideas are as follows:

THE POWER OF MIXING

Mixing together people (experts and neophytes), combining assorted themes that relate back to the real world, and tinkering – also known as breaking and re-making (which includes repurposing and reusing, collaboration with other minds and making use of open sourcing platforms to find ideas) – are the foundations that the Studio uses to encourage and support the students in their efforts to produce novel and effective solutions to problems they have chosen to pursue.

WHAT MAKES THE HEART OF A BEGINNER?

Ghole says the Beginner’s heart is an intriguing mix of Trickster, Craftsman and Poet.

Each of these are archetypes that come with sets of behaviors that are often focused on seeing the world in ways that are different from group-mind and consensus.

This is the best iteration I’ve ever seen of the concept of wu, a really esoteric and dizzy-making ancient teaching that proposes that when two ideas (or people) come together, the dynamic interaction, relationship and flow between them produces a third idea or concept or way of moving that combines aspects of both.

She explains the three pairings that the Studio uses to try to ignite new thinking among their students:  Process + Product, Mindful + Mindfulness, and Fiction + Reality

I found the whole thing mind-blowing.  I hope you enjoy it too.

WHERE IS THAT KNIFE?

If I rehash the old stuff,

And I make the threads

Turning into one heavy-duty rope,

Turning into one huge knot.

I had it a minute ago.

I need it to cut through this stupid knot!

Back to beginner mind….