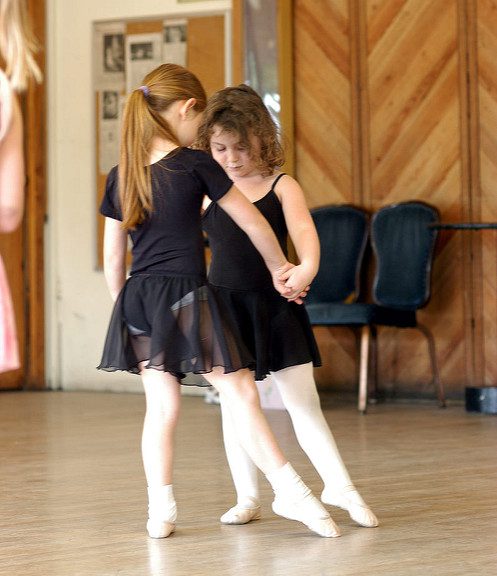 Every time I open a book I smile.

I remember.  As a child who was just beginning to learn to read, my favorite time was spent sitting on my grandpa’s lap and “teaching” him how to sound out the squiggly lines on the pages.

He would laugh and hug me as I sternly scolded him and got him to sound out the words as I was learning to do in school.  Together we made it through several adventures of Dick and Jane and Spot.

Papa, I suspect, was severely dyslexic.  He could sign his name, but he never learned to read – in English, anyway.

I think those times when he would sit still and let his baby girl “teach” him from her primer books probably set the foundation for my love of books and word-play.

In his book, SMART THINKING: Three Essential Keys to Solve Problems, Innovate and Get Things Done, author Art Markman says that the cornerstone of medical education is, “See one.  Do one.  Teach one.”

When medical students are learning a new procedure, the first thing they do is watch someone who knows how to do it carry out the procedure.  This gives them a general idea of how the thing is done.

The student will then practice the new procedure until he or she can carry it out.  Doing it helps the student understand the various elements and techniques involved that aren’t apparent from just watching someone else do the procedure.

As Albert Einstein famously pointed out, “If you can’t explain it simply, you don’t understand it well enough.”

I found it interesting that these same principles are also used by tradespeople, craftsmen, artists, performers and cooks to pass along their specialized knowledge as well.

TEACHING HELPS YOU TEST YOUR OWN KNOWLEDGE

Markman points out that in order to teach somebody else you do need to form a complete and organized, easily-understood explanation of what you’re trying to teach.

It’s like writing down a recipe for making muffins.  Stirring the liquid ingredients into a mound of dry ingredients works a heck of a lot better than vice-versa. It’s a good and helpful thing to mention that to someone making muffins for the first time.

If your attempted explanations confuse your student, it’s probable that you need to work on filling in the gaps in your own knowledge.

In 2009, Columbia University professor Simon Sinek was interviewed by Erik Michielsen, founder of Capture Your Flag, a virtual mentoring platform.  The following YouTube Video, “How Teaching Others Build Your Knowledge” is a snippet published around that time.

In it, Sinek says, “Teaching forces you…to break down your knowledge into components that give you a deeper understanding of your own knowledge.”

JUST PLANNING TO TEACH SOMEBODY ELSE HELPS YOU LEARN BETTER

Interestingly, researchers have found that students who thought they were going to be tutoring or teaching others worked harder to understand the material, recall it more accurately, and apply it more effectively.

The guys in the lab coats dubbed this “the protégé effect.”  If we are going to teach somebody else, then we know we need to pay attention to the most important, relevant points and organize them in our minds so that we can present them in a coherent, understandable way.  This way of “relational learning” happened even if, ultimately, the students were not actually required to teach someone else.

This YouTube video, “Why Teaching Others Is the Best Way to Learn” published in 2013 by Art of Smart TV features resident nerd Rowan Kunz explaining the value of teaching others in order to get feedback about your own level of knowledge.

Art of Smart describes itself as a “movement that is changing the world through a new kind of holistic tutoring and mentoring for young people.”

An important point Kunz makes is the one about repetition.  Every time you go back over the material you are teaching someone else, trying to help the other person make sense of it, the knowledge gets embedded more clearly and more deeply into your own mind.

It all helps your brain build neurotransmitter pathways that help you access the information in your head.  Cool stuff!  Perhaps, by teaching (or planning to teach someone else) you’ll find other ways to widen and deepen the knowledge you hold.

ANOTHER TAKE ON TEACHING

There are more than one way to teach.  Some of them don’t use words.

The following YouTube video published by Fred Then in 2014, “Learning By Doing and Not Teaching” dramatizes one little Thai girl’s lessons from her mother, a vendor selling fresh fruits from a trolley at a market in Petchburi province.

The girl, Achara Poonsawat (also known as “Nin”), won a scholarship from the Sarnrak Project that allowed her to complete a Bachelor’s Degree program and become an elementary school teacher.

Nin’s mother’s methods of teaching were not academic since she was herself unschooled.  However, they were based on real-life fact-finding.  Nin’s mother encouraged the girl to observe what others did, analyze why their methods worked and try the methods for herself.

Sarnrak Konkeng Huajai Krang (Good Kids, Good Hearts) is an initiative operated since 2000 by AIS, the largest mobile phone operator in Thailand.  The children targeted by the initiative are “underprivileged children who demonstrate love and close tie to their families.”

While the scholarship recipients go to school, their families receive financial aid from Sarnrak as well since that allows the youngsters to attend school without worrying about having to help support their family.

PAPA AND HIS NET

Papa sits on the gray-green sand.

His skin is leathered by the sun.

Jewel drops of water sparkle in the darkness of his hair.

White salt traces down his arms, his back, his chest.

Like a bird, it flies intricate patterns over and through,

Papa talks about the fish the net and he have captured.

It is a strong net, his best net.

Not even a big uhu could escape it.

Manini and weke they have caught by the score.

He snagged it on some rocks and it was wounded,

Torn upon the cruel, black pōhaku.

He mourns the jagged tears as his hands deftly flutter,

He swaps lies about the ones he and his net “almost,

And he brags about the ones that didn’t get away.

His eyes twinkle when he shows his teeth in laughter.

They shine in amusement at the whoppers and the toppers

And the ones that flop,

And his hands – his rough, brown hands – keep on flying,

24 thoughts on “TEACH SOMEONE AND LEARN BETTER”