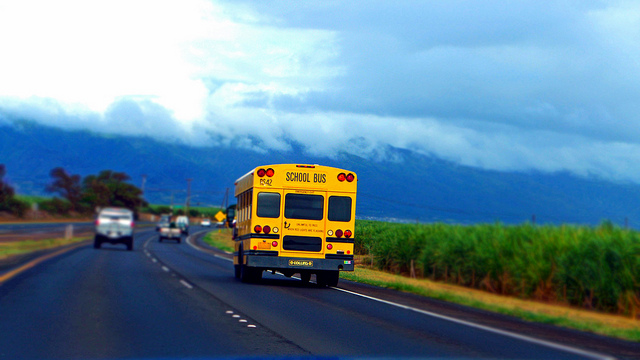 Philosopher Eric Hoffer once said, “In times of change, learners inherit the earth, while the learned find themselves beautifully equipped to deal with a world that no longer exists.”

My own thought on this is that being a curious life-long learner is probably the best way to deal with this ever-changing world.

The following rambling TEDx lecture by Lord Stephen Carter was given at St. Paul’s School, a boys’ independent school that is one of the original nine British public schools.  The school has been in existence since 1509 and is located on the banks of the River Thames that runs past Barnes in London.

Carter is a Scottish businessman in the technology industry as well as a politician.   At one point (in 2008 and 2009) he served as a member of the United Kingdom’s Prime Minister Gordon Brown’s government.

Because Carter wasn’t a Member of Parliament at the time, they had to appoint him to the House of Lords.  He was created Baron Carter of Barnes.  “Barnes is in the London Borough of Richmond upon Thames”…it says here.

In his talk, Carter explains the difference between formal education and life-long learning to a group of very bright high school kids. He expands on how expectations – your own and other people’s — influence the decision-making processes that help you build your life.

I like it because the audience is such a young group that the speaker has to break it down into small, easily understood bits….

The man has seen some changes in his own life and has been thrown into situations where he had to learn a lot very fast.  He does know what he’s talking about.

WALKING YOUR OWN WALK

It’s a confusing thing to be trying to walk your own walk when there is only you hoping you’ll be able to figure out where you’re supposed to go.  It never stops being confusing either because the world keeps changing willy-nilly.

Everybody all around you has got some sort of advice or other.  Everybody’s got a guaran-TEED plan of action.  The only problem is that none of the pre-packaged, ready-to-go plans ever really feel quite right for you.  (They’re sort of like frozen TV dinners that way.)

All the pathways you have ever been shown or taught or told by all of the learned and experienced people in your life will still have to be filtered through your own head and your own heart.

Very likely once you’ve done that filtering you’ll go off on some other tangent all your own, on a path where no one can really advise you because nobody’s ever gone there before in quite the way you want to go.

Maybe somebody or other did try the path you’re taking and maybe they flew high and far and fast or maybe they crashed and burned.  This means your new (or at least different) path can get a bit scary.

On the other hand, choosing to follow your own path can also be a relief.  All those learned guys won’t be standing around nattering at you.  Mostly they’ll stand there either scratching their heads or shaking them.

Ah, well…here’s another poem , a reaction to the injunction to think “outside the box.”  Really, people…what DOES that mean?

ME AND MY BOX

I am my own niche,

This wise guy here says so.

I am supposed to measure out

The dimensions of this box that is me

(So I can think inside it, I suppose),

And explore all the fascinating nooks and

Mazes of this box that is me.

The thing of it is (according to this wise guy),

I’m really supposed to want to

Step outside this box that

(According to this worthy expert) is me….

See, it says that right there.

If I want to step outside this box

(That is really me in disguise)

I still have to pull out the measuring tape

And I still have to count all the beans (or whatever)

in this box that, it says here, is me.

AM I SUPPOSED TO BE AN INCHWORM?

What if the box that is me is a sandbox?

Or, heaven forfend, a kitty-litter box?

Or a big old empty box?

Or an illusionary delusion of a box?

Or maybe not a box at all….

And where does all of that leave me?

But, really, being a box is not