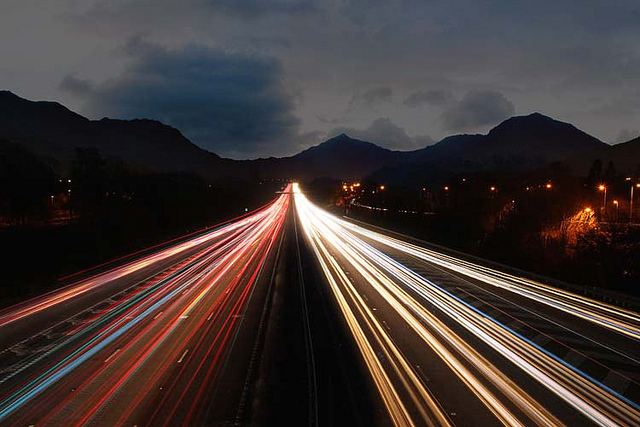 In 2001, a group of  friends graduated from college and set out on a cross-country road trip to interview people who lived “lives centered around what was meaningful for them.”

The boys acquired an RV, and wandered around countryside filming a documentary about their trip in which they brazenly approached all sorts of people who were doing what looked like interesting things and asked them a lot of personal questions about life-issues like, “How do you know that this thing you do is right for you?” and “What was your worst mistake?” and  “What advice do you have for a lost puppy like me?”

The documentary the friends made of their journey was expanded into a series on PBS. They wrote a book about the first road trip.

This first book was followed by other books, by other projects all designed to help other people get the kind of insights the young men acquired on their own original road trip.

Eventually they and the team they assembled along the way launched a nonprofit called “Roadtrip Nation.”  The goal of this nonprofit is to help other young people who need advice for shaping their own careers into something fulfilling, for living a life doing what matters most to them.

They point out that going around the country asking people they encountered questions about how they ended up living lives that had meaning and mana helped each of them find their own truths, their own self-definitions, and their own kind of good life.

Asking questions and listening to the answers from people who had taken their own paths was profoundly useful to them.  It helped them answer that age-old question, “What am I going to do with the rest of my life?”

What started as a madcap adventure-cum-vision quest has spawned a whole movement of young people who are looking for their own answers to this most important question.

Besides an assortment of books, Roadtrip Nation maintains an extensive on-line video library of the interviews they conducted on their PBS series.

If you click on the “watch” link you can browse the PBS series by season.  Within each season you can browse each episode by interview subject.  Among those interviewed are everything from CEOs of major corporations to everyday workers in all kinds of industries and working situations who love what they do.

Besides all of this, the Nation has put together a guide-book of sorts called ROADMAP: The Get-It-Together Guide for Figuring Out What to Do With Your Life.  It’s a starter-kit for seekers looking for the meaning and mana in their own lives.

Check it out.  (It’s filled with exercises and ideas that  work for serious questers  of any age.)

WILL YOU HEAR ME?

I do not aspire to be that tree

That falls in the woods and no one hears.

Blown down by a big kona wind,

I want to be heard,

To know my voice will rise up and grab at ears,

That my words will shake and stoke hearts that burn.

I want my voice to join those other voices in the wind,

Will you hear me?

14 thoughts on “ON THE ROAD TO MEANING”