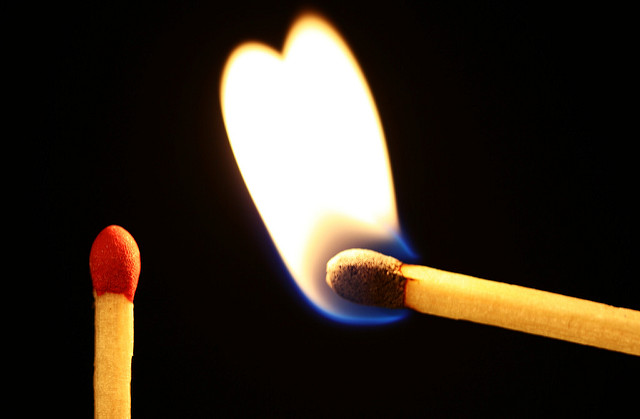 I was listening to a soon-to-be ex-tenant of mine ranting on about how the past two years of her life spent on a little island in the Pacific that the P.C. (Politically Correct) crowd touted as the dream place to live had been most unsatisfactory.

Her body held rigidly erect as she stood flat-footed on the ground, she had thrown down her bandana and was giving up.  “Going home,” she said.  “I’m going home.”

And then there was a truly heartfelt cry.  “Where’s the ah-low-haw?” she blared.

I thought back on our relationship of the past six months and could not even begin to explain to her that her habit of following Mark Twain’s snarky definition of the “Diplomacy Principle” – give one and take ten – might be at the heart of her difficulties in moving gracefully through the life here in the islands.

It got me to thinking on the issue of generosity and the dance of give-and-take that smooths the way for some folks here and frustrates the expectations and hopes of so many others.

THE THING ABOUT ALOHA

There’s a lot of hoopla and hoo-hah about the concept of “aloha.”  Poetic metaphors and sappy slogans abound.

There have even been government-sponsored public relations campaigns aimed at mitigating what some smarty-pants see as a diminishing of an important “asset”….as if the whole thing is a commodity that can be bought and sold.

These smarty-pants have tried to define “aloha” as “reciprocity.”  But that’s not really it.

The basic “reciprocity” thing is all about “you scratch my back, and I’ll scratch yours.”  That is not aloha.  That’s a trade agreement.   It could also be a pathway to collusion and conspiracy.  As a way of living it tends to get as clunky as a hula danced by a robot.

The YouTube video above, “ASIMO Does the Hula” was published in 2007 by NorthIdaho Dad.    ASIMO was the humanoid robot created by Honda in 2000.  It was touted as the most advanced robot of its kind back then.

The video was a performance at Disneyland’s Innoventions display.  ASIMO is currently on display in the Miraikin Museum in Tokyo, Japan.

IT GOES BACK TO CARING AND TO THE LAND

Old-style Hawaiians had a very different take on the generosity thing, it seems to me.

It begins with a concept:  ‘aina.  The word literally means, “that which feeds.”  It is also the word Hawaiians use for “land.”

The land here was bounteous and mostly kind.  It fed the people well, if the people took care of it.  If they took care of each other and shared what they had and what they produced with one another, life was good.  It’s an underlying mindset that is just one of the realities of island life, I think.

I’ve thought on it a bit.  Some folks say the Jewish kosher rules about food had a lot to do with dealing with food-spoilage.  Many of the dietary rules are practical and pragmatic and encourage the safe handling of food.  They were all developed before the advent of refrigeration.

The same holds true in the tropics.  Food spoils very quickly without refrigeration.  If you killed a pig, you threw a feast and shared the meat with everybody around because there really was no way to preserve it.  Three hundred pounds of rotting meat makes a mighty stink.

A tree that produced an abundance of fruit meant that you went looking for people to share in the bounty or faced a mountain of rotting fruit.  (It got problematic if all your neighbors had the same kinds of generous trees.)

A plentiful catch of fish could be dried, of course, for the times when the fish were scarce or the sea was rough, but the ocean is always there, and mostly it is kind to those skilled in the arts of caring for and gathering in the abundance.  There were always relatives and friends and other people who had no easy access to it and who would appreciate a taste of the sea.

Taro fields produced large quantities of food if the land was well-tended – much more than one extended farmer-family could consume.

You gave away more than you kept.  Everybody did.  Hoarding makes no sense if all the treasures are perishable and have a short shelf-life.

And if your hands are free and your heart is open, well…the people around you tend to give things to you as well.  Why not?  They have more than enough their own selves.

It works better that way.

You  malama (care for) the land that feeds you and you malama the people around you because if the land and the people continue to prosper, so do you.  This is the hidden meaning, the kaona, in the word “aloha.”

This habit of sharing is ingrained in the island culture.  It’s pretty much unconscious, it seems.  You give and what goes around comes around.  It makes a circle of goodwill that is inclusive and that keeps expanding as more folks come and join in the dance.

Immigrants came from many other places.  Many of them were worker-people brought in to toil in the fields of plantations, large and small.  They were poor folks and they knew about hard.  They also understood about having to depend on the goodwill of neighbors and strangers for their own survival.

The land was giving and the new people, too, joined in the circle of sharing that was already established, and so it went.  They survived and many of them thrived.

The sharing – the thing we call “aloha” — is not about giving with the expectation of getting back something from the person you gifted.  You give because you know that in the giving, somewhere down the line, when you need it, somebody else will be there to give you what you are needing.

It is about trusting that together we all can make an abundance that we can keep growing.

It is a hard thing to explain to others who see the whole dance as a zero-sum game, where the resources are limited so you have to grab as much as you can as fast as you can or you will end up with nothing.  It isn’t the same as “if you get more, I get less.”

I got to thinking about all this again when I ran across this video, “Molokai Words of Wisdom,” that was put together by Molokai filmmaker Matt Yamashita and his Quazifilms Media using snippets from other videos he’s made.

It holds the thoughts of a number of elders and passionate younger people who live on the island of Molokai, where I grew up.  Among other things it is an attempt to explain about what it means to “malama,” to care for the land and to care for each other.  It is most beautiful.

Matt was raised on Molokai and after receiving his BFA from Chapman University, he came home to become the island’s first professional filmmaker.  With a small budget and limited resources, he’s been producing hit-the-heart documentaries and videos since 2001.

Check out his other videos on his You-Tube channel.  They are amazing….

It’s said we are all

By our history defined.

All the people before us,

The panoply they made,

The great and winding parade,

Continues onward, onward in us.

Some say we are doomed

To repeat the mistakes of

All the ones who’ve gone before.

Others say we will transcend

The Was and do another thing

That never before was seen.

I’m not sure that either side

Has the right of it.

I say we will do what we do as we do it,

And in the tomorrows before us

The consequences will inexorably unfold.

Let us pray those consequences

16 thoughts on “IN GIVING WE TRUST”