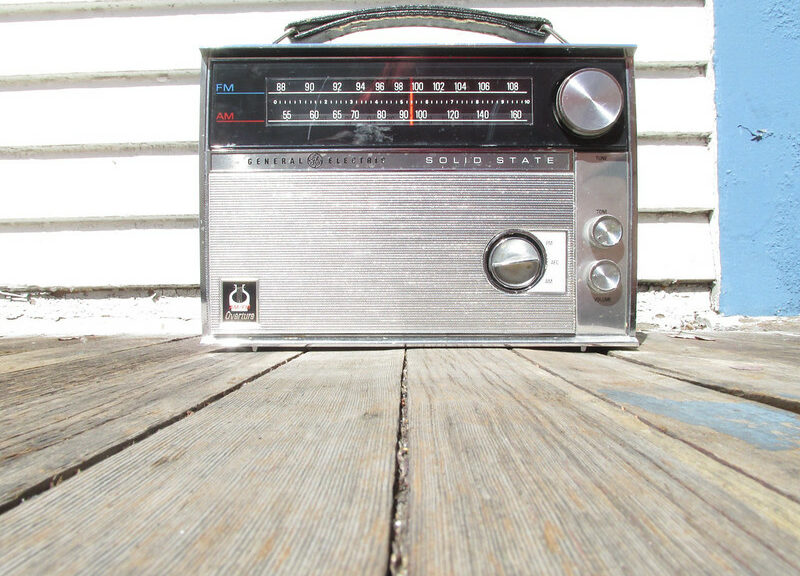 It is a truly amazing thing to witness what people who own their passions can build on a legacy dream that has a solid foundation grounded in taking joy in the fervor, fire and zeal that comes with a devoted pursuit of an appreciation for the power of the creative human spirit.

On the island of Maui, Hawaii USA, there is a community-supported radio station that describes itself as a “non-commercial secular FM broadcast station.”  Its official call letters are KMNO and it streams at 91.7 FM from around 7,000 feet on the slopes of Haleakala mountain.

The radio station, from top to bottom, is entirely run by volunteers as a noncommercial station. It is not part of a corporation, nor is it part of the National Public Radio network.

The freeform, eclectic mix of music and other bits gets no funding from any government, religious, or other organizations unless these organizations are “underwriters” bound by an impressive array of rules and regulations enforced by the Federal Communications Commission (FCC).

Much of the money comes in as monthly donations from local (often very small) businesses and listeners from around the world who love what the deejays and their support crew are doing.

Before the pandemic response-induced Great Lockdown, much of the funding also came in from grassroots efforts by the extraordinary volunteers who presented live remote concert broadcasts from “supporting venues” (i.e., local bars that consistently featured good music as well as larger community-sponsored events).

Mostly, the station has been running on heart for almost twenty years now.  Along the way it has helped to build and hold a community together as well.

(It occurs to me that KMNO-FM was living “crowd-funding” before there was even a word for it.)

The word “mana’o” is Hawaiian for knowledge transmuted into understandings, insights, and life-meanings that come from “living from the gut” and shared among people of good will.

The phrase “hana hou” in Hawaiian can be roughly translated as “Encore!”.  It’s often heard, shouted from the audience at the end of a brilliant on-stage performance by a musician or other performer.

ONE GUY STARTS ON A JOURNEY = ORIGIN SAGA

The original Mana’o Radio began as KEAO-FM, a low-power 100-watt station, that was first broadcast from a spare bedroom in the Waiehu home of the founders, Barry Shannon and Kathy Collins, in 2002.

The station’s debut happened in the former bedroom of a grown and gone teenager.  The walls and ceiling were still plastered with stickers and assorted youthful rock and roll memories.

Back then, the husband-and-wife team were veteran radio personalities who, along with several long-time deejays and radio performer friends, were displaced by the decimation and disappearance of a couple of well-loved local radio stations into the automated and computerized maw of the corporate airwaves.

By the time Shannon made his first visit to Maui, in the mid-1960’s, just as the “beat” era ended, he was already a “voice” in the San Francisco music scene. He had just finished a stint with KJAZ-FM as “the only white guy on the first jazz radio station in America.”

He was back in the City in 1966 – just in time for the flowering of the “rock and roll ballroom scene” and the rise of psychedelia.  He became the chief engineer/technical wizard and program director at KMPX-FM, “The Rock & Roll Voice of The Revolution” for a couple of years and went on from there, finally ending up on Maui in the mid-1980’s more than a little bit tired.

It was on Maui that he met his wife, on the job at yet another local Maui radio station that Shannon took on to keep from expiring from “rock fever.”

Collins was a Lahaina-girl, born and raised.  From plantation camp beginnings, she pursued her dream to become an actress, storyteller, and lively radio personality with high energy and style.

The pair didn’t really expect much from the baby station they were building.  They thought maybe a few friends would listen in.

However, one of the original deejays recalls that in a few weeks after the station went live you could hear the music being used as background sound in a number of local grocery stores and businesses.  A good sign, that. Maui News columnist Tom Stevens succinctly summarized KEAO-FM’s extraordinary rise in public consciousness during its infancy in a 2007 “Shave Ice” column tribute to Shannon, who died of a heart attack just at the start of the next growth phase for the baby station:

“In a five-year burst of energy and creativity, Shannon and his partners secured a rare “low-power” 100-watt FCC license, built a station, moved it two or three times, and finally had it broadcasting around the clock with a willing but wildly improbable staff of volunteer deejays. Along the way, Shannon became patron and impresario for poets, actors, storytellers, kodo drummers, bagpipers, blues bands, doo-wop singers, and any other communicators wanting to share their mana’o.”

Click the button below for a look at the heartful April 8, 2007 post from The Time Machine Radio Show blog that is headlined, “Maui Radio Loses Barry Shannon…we lost a friend…”

Collins carried on as the radio station’s manager after Shannon’s death.

In 2015, Mana’o Radio went off the air due to a transmitter failure.  Within a 45-day span, a new non-profit group, the Maui Media Initiative, was formed by supporters of the station.  A new studio location was built in Wailuku and a new Nautel transmitter was installed.

The online Radio + Television Business Report announced that KMNO-FM was donated “free of charge” by Collins to the new organization.

Collins, according to the report, said,

“It is with pleasure that I inform you of the Mana’o Radio Board of Directors’ unanimous decision to transfer the KMNO-FM license to Maui Media Initiative, for no monetary consideration. Mana’o Radio will also donate, at no charge, all broadcast and/or internet streaming equipment owned by Mana’o Radio, including its music library, CD players, turntables, microphones, computers, and all transmission equipment.”

Since that time, the radio station continues to flourish and adapt as the world changes around it — a sure sign that its founders built the foundations well and that their backup crew has kept up the good work well-begun.

Many people still call it “the coolest radio station on Maui.”

One of the latest innovations is a podcast series, MANA’O@HOME hosted by Maui radio personality and community journalist Trish “da Dish” Smith who provides a weekly platform for Maui musicians to “share their music live, earn tips virtually and be interviewed by a rockin’ journalist” every Thursday on Mana’o Radio’s Facebook page.

The hour-long past episodes are available online after they’ve aired on the Facebook page as well.

THE INDEPENDENT SPIRIT IS ALIVE AND WELL

That is a truth, and one that the auto-pilot formatting of a lot of commercial radio is not so likely to fulfill.  There is, arguably, a need for the independents, the ones who want to dazzle you with stuff you’ve never heard before, who call you out to come explore.

One YouTube video, “How to Start a Radio Station in a Pandemic,” uploaded in 2020 by NBC10Boston, takes a sprightly look at the brave start by founder Danielle Johnson of a brand-new online radio station “Spark FM,” in Boston.

This new station features urban and Caribbean music and founder Johnson, like Shannon, encourages the deejays to follow their own mana’o about the music they love.

As NBC10 Boston interviewer Sue Connell says after encouraging her viewers to give the station a listen, “Let music surprise you again.”

KEEPING THE AIRWAVES STIRRED UP

Since 2009, three radio-lovers have been writing about radio and its relevance as a “participatory communications medium.”  They are they say critics and fans and they’ve gathered a tribe of fellow radio aficionados.

Jennifer Waits is the founder and editor of SpinningIndie, a website devoted to the culture of college radio.  Her title is “College Radio and Cutlural Editor and Social Media Director.

Fellow co-founder Matthew Lasar, teaches United States history and broadcasting and telecommunications policy at the University of California at Santa Cruz.  He also serves as the groups business manager and has written a couple of books about radio history in the Pacific.

The third member of the triad is Paul Riismandel, a non-commercial radio operator for 20 years who also serves as the group’s business manager.

Their trio’s lively and very informative blog, Radio Survivor, about the trials, tribulations and triumphs in the world of independent radio, is Patreon-funded.  It’s a grand glimpse at yet another avenue that creativity can take.

People who are passionate about something do figure out how to make room in their lives for doing the things they love and living their own way.  (It may actually be the price you have to pay for maintaining the passion in you that sends you soaring.)

The main takeaway I got from the Mana’o Radio story is that if you live and do your passion the best way you know how and you build yourself a structure that will endure all of the challenges that come with the territory as you keep calling out until you find a bunch of people who want to do the same thing too, then It – whatever your It is — can happen.

Not only that, but It will keep on happening even after you are gone.

And that one’s a very cool thing.

Talk of music and playing the guitar this way or that.

The one behind the counter

Shares his love, his obsession,

Shares his cache of knowledge;

The other one shares his newfound joy.

They burble and they babble

As I listen to the music of some slack-key master,

And I think that this must be how every master starts:

Holding onto their great passion,

Even though there’s a sale to make.

I smile and just enjoy them,

These young ones reaching for the stars.

A marvel, don’t you think?

2 thoughts on “BUILD YOUR FRAMEWORK WELL”