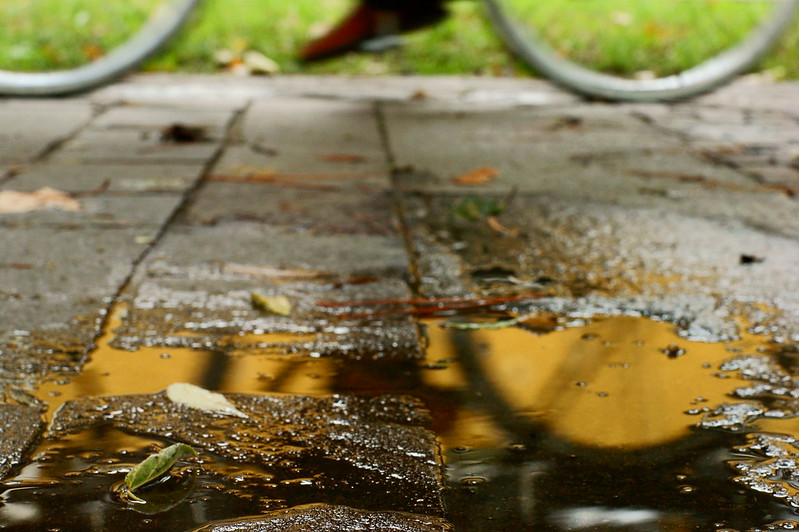 One of the more intriguing bits in Nilofer Merchant’s book about the care and feeding of wild ideas that can dent the world, THE POWER OF ONLYNESS, is the one about taking a closer and more considered look at “the question that you can’t answer but can’t stop thinking about.”

That annoying question is like a bedraggled, adorable con-artist mutt that follows you around and accepts occasional handouts from you but warily stays out of reach.  It hangs around.

The mutt-question is polite and tries not to get under your feet as you make your stalwart way to your (Everybody-Else-says) “sensible” (and very boring) destination, doing all of your “important” things that whittle down your ever-growing prescribed to-do list.

It is also distracting as all get-out.

Merchant says that question may actually be “the first clue for discovering what really matters to you.”  That’s why it won’t go away.

As internationally acclaimed numerologist and life advisor Christine DeLorey points out in her book, LIFE CYCLES:  Your Emotional Journey to Freedom and Happiness, “Perhaps what you believe is a distraction is actually a reflection of something that is crying out for your attention.”

It occurs to me that this annoying question might also be an important pointer and guidepost for “putting soul into your game” a là contrarian thought-leader Nassim Nicholas Taleb.

Another IPS (Inner Peace Symptom):  a tendency to follow the unanswerable questions that you can’t stop thinking about.  [Scratching the questions that itch can open a treasure box of curiosities that beg to be examined and explored.  The most intriguing ones keep you searching for what ELSE is in there.]

HOW TO CAPTURE THE WILD QUESTION

Once you notice the mutt-question, Merchant points to a tried and true methodology for stalking that untamed wild question and luring it to you.  It’s pretty simple:

(After all, it’s only through the actions you take that change can happen.  As your own perspectives and skills expand and morph as a result of your own actions, the wild question will become clearer to you and you will be able to see more ways to move forward with playing with it.)

(Imagine that the question is some badly wrapped gift box covered in old newspaper comics that you are opening with the tremendous respect and care you would give to a gift from a beloved friend that’s been covered in rich brocades and gold and tasty bits of ornamentation.)

Merchant says that it’s in the PROCESS of doing that work that you prepare yourself to figure out how to use that question to make your dent in the world.

Each little act lures the wild question out into the open more and more.  Each of your targeted actions draws the question closer to you.

Every little act helps you develop more and better skills that allow you to tame the little wild question.

Ya know… this thing is reminding me of a friend of mine who spent a whole season offering food to a wild kolea, plover — one of the many birds who make the migratory trip to Maui from Alaska in September or early October and stay until April or May of each year.  They come for the sun and the grinds. Michael liked the sea birds that hung around his place.  He was always feeding them.  One day he decided to befriend one who seemed particularly friendly.  He called the little guy “Worm.” Michael sat in his chair under one of the false kamani nut trees that grew in the yard on the spit of land between two ancient Hawaiian fishponds where he had his home.  He would place one of his hands just so on the old rickety table before him and hold himself very still, sometimes chirping some plover noise that attracted one particular bird’s attention.

Michael would do this thing every day and the bird kept getting closer and closer.  One day it plopped down onto the table.  Eventually it climbed onto his hand and started eating.

Worm came back year after year for many years and the two of them had very good visits.  It was a wonderment, that.

BACK TO THE STALKING

Once the wild question is standing right next to you and stays still, maybe you’ll be able to work with it to unfold the treasures it holds for you and for the world. Maybe by then you’ll be ready to figure out how you and your little idea can go make some dents in the world.

Be aware that devoting your full attention to the wild question and to noticing how its presence in your space and your time affects the world you live in can help you figure out what you can do to help the idea stand in your world better and make that idea more real.

One important bit of advice from Merchant: “Stop looking for success.  Instead, look more deeply at the problem.”

Your deep-looking will lead to other questions, other puzzlements, and more dent-making skills as well.

And maybe one day you and your idea will be ready and able to make a most wondrous dent!

I fell in love with this thought I found in one of the stories in urban fantasy writer Charles de Lint’s DREAMS UNDERFOOT collection:  “It’s the questions we ask, the journey we take to get where we’re going that’s more important than the actual answer.”

That one’s a good thing to ponder, I say.

Well, here I am again.

I am neither small enough to fit in the everyday,

Nor am I big enough to fill the sky and play.

Why am I here then?

What is this for?

Who and how and where?

Maybe I am just a riddle nobody wants to solve –

Least of all me –

Maybe it doesn’t matter at all, at all.

Maybe I’m just nothing trying to be something.

Or is it that I’m something trying to be nothing?

Has anybody else figured it out yet?

2 thoughts on “STALKING THE WILD QUESTION (Another IPS)”