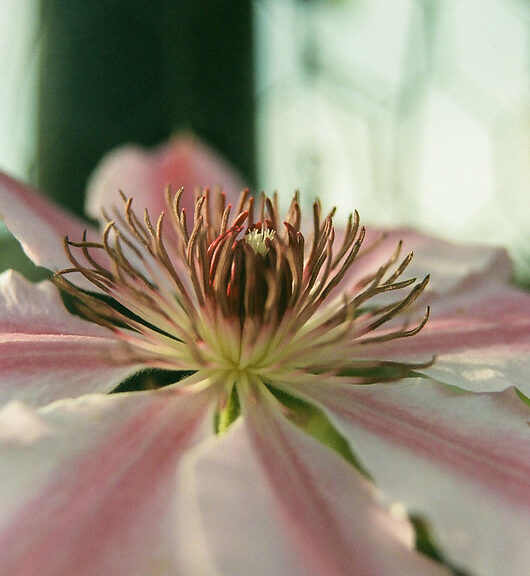 There once walked a gentle, funny, and very stubborn man, a musician who believed passionately in the power of people singing together out loud.

It was his skill to induce crowds of friends and strangers to join their voices together and create transcendent harmonies that lifted up the people’s hearts and spirits and set the world to shining for a while, cloaked in visions of belonging, of unity, and of peace.

With his long-necked five-stringed banjos, his 12-stringed guitars, and his ineffable voice and presence, this man kept on showing folks – young and old – how to do that over and over again throughout his good, long life.

He kept on making his music with the help of the many friends he made along his way.  He also kept speaking his truth, marching and singing for the social changes that he believed needed to happen in the world in order to make room for peace, freedom and social justice.

Despite haters and naysayers – some of whom were among the most powerful people in the world – he made glorious music.  Over time, his influence grew wide and deep.

When Pete Seeger died in 2014 at the age of 94, the world mourned his passing and remembered the joy he shared in the making of his music.  The staunchness of the stands he constantly took for freedom, for peaceful coexistence and compassion, and for the need to take care of our living planet and of each other were honored.

Talking story in a 1976 Pickin’ magazine interview, Seeger told his interviewer Roger Siminoff about the consequences of being a creative swimming in the dangerous waters of social change-making:

“…back in the 1930’s when I first dropped out of school and got involved in singing for labor unions along with Woody Guthrie, I faced the fact that if you got involved in controversial politics, it would probably cause you to lose jobs.

For entertainers, that’s the least of your problems; all kinds of people lose jobs—teachers or ditch diggers or cooks because they get involved in controversial politics.

And learning how to agree or disagree is the big thing that the world’s got to learn.”

Despite everything, Seeger never did stop working.  He was just too busy writing music and picking on the strings of his banjos and guitars, listening to and collecting other people’s music, educating young people, writing little teaching books, helping to expand assorted musical genres like urban folk music, bluegrass, protest music and rock and roll as well as influencing younger musicians who watched his ways of working with an audience and learned, and so on.

At the same time, through the decades of his life, he kept joining with and helping people who were working to foster social change and to nurture the living earth so that we humans would have a place to build the beautiful consensus-world he envisioned.

The causes and movements he personally supported, for which he turned up in his solo career is mind-boggling:

Over time, the accolades and honors accumulated.

A number of the songs by the prolific songwriter and constant musical collaborator are now iconic anthems and touchstone songs that are part of the history and cultural landscape of several generations that lived through the turmoil, chaos, and strife in the world that has speeded up considerably during this one man’s lifetime.

Seeger was also acknowledged to be one of the folk singers responsible for popularizing the spiritual “We Shall Overcome” which became an anthem for the American civil rights movement. He was awarded five Recording Academy Grammies, included one for Lifetime Achievement.  He was inducted into the Songwriter’s Hall of Fame in 1972 and into the Rock and Roll Hall of Fame in 1996.  And, most fittingly, he was the inaugural recipient of the Woody Guthrie Prize in 2014.

Seeger never seemed to pay much attention to the honors he garnered.  He just kept on walking his walk.

One of my favorite remembrances about Pete Seeger comes from a 2014 National Public Radio podcast by NPR’s cultural critic and correspondent Linda Holmes who talked about how Seeger influenced her thinking:

“Pete Seeger understood something fundamental about humans and music, which is that many people can’t sing on key, but all crowds can. Even without rehearsal, public choirs can be stunning to listen to and thrilling to be part of.”

She goes on to say,

“… he believed that everyone should do it, that people should retain the ability to get in a room and sing, because it was good for you, and because it taught people to pitch in and be brave.”

THERE IS A BOOK….

In 1993, the songwriter’s autobiography, WHERE HAVE ALL THE FLOWERS GONE?: A Singer’s Stories, Songs, Seeds, and Robberies was published.  There was a second printing in 1997 and the book was reissued in 2009.

BLESSING FROM AN ELDER

In 2012, Amnesty International put together “Chimes of Freedom,” a collection of 50 Bob Dylan songs, as a fundraiser and a celebration of the organization’s 50th anniversary.

One of the featured artists on the album was Pete Seeger performing Dylan’s “Forever Young,” one of the songs that evokes the youthful aspirational memories of an entire generation.

There’s a YouTube video, a mini-documentary put together by co-producers Martin Lewis and Mark Hudson about this segment of the album.

After that, how could I not also share the Amnesty International video of the song itself?  Enjoy!

8 thoughts on “BLESSING FROM AN ELDER (Pete Seeger)”