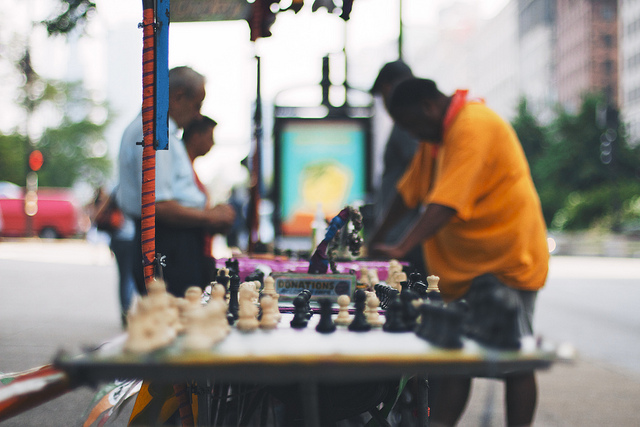 Everybody’s heard about how putting in 10,000 hours  working on a particular skill-set pretty much “guarantees” that you will be very good at using those skills.

The number makes the “rule” easy to remember.  It’s so nice and round.

It’s also more than a little intimidating!  Ten thousand hours apparently translates to about ten years, after all, and I’m not sure whether that includes time for eating, sleeping and doing all of the other stuff humans do.

On top of the sheer immensity of it all, there is a caveat hooked onto that number:  any self-improvement and skill development that occurs after you’ve reached a certain level of skill is actually tied to how you spend your time practicing and expanding on what you do.

WHAT IS IT REALLY?

The 10,000-hour thing bounced around scientific circles since the 1970’s.  Why, the Big Brains wondered, did some people achieve an extraordinary mastery in some discipline while others did not?

It was in 2005 that a research team headed by Neil Charness, a psychologist from Florida State University, published the results of a decade-long investigation of The practice habits of chess players.

Their findings were popularized by Malcolm Gladwell in his 2008 book, OUTLIERS: The Story of Success, and all of a sudden every man- and woman-in-the-street was urging their offspring to put that nose to that grindstone.

Throughout the 1990’s the Charness team placed ads in newspapers and posted flyers at chess tournaments, looking for ranked players to participate in their project.  They eventually recruited over 400 players from around the world.

For each player, the scientists collected a detailed history and created a timeline of their significant training and practice events.  The players were asked questions like these:

THE HOW OF THE MASTERS

The grandmasters focused on what Anders Ericsson, a colleague of Chandress, called “deliberate practice.”  These players chose to do activities that stretched their chess-playing abilities where they most needed stretching.  As Ericsson would say, the grandmasters challenged themselves “appropriately.”

The grandmasters studied the moves of historic gamesmen.  They memorized important game strategies until they could recognize the start of a game-winning gambit.  They studied counter-moves and practiced blocking or subverting their opponent’s efforts as well.

In this YouTube video, “Deliberate Practice,” calligrapher Esteban Martinez allows his viewers to watch as he practices writing his kanji.  It is a beautiful thing to watch.

COMPETITION DOES NOT FURTHER

An interesting sidelight was the finding that, after a certain point, tournament play really did not significantly improve playing skill.

Hundreds of follow-up studies in a diverse array of fields validated the Charness team’s finding that deliberate practice is the key to excellence.  If you practice deliberately, you do get very good.

WHAT YOU CAN DO

Assorted life-coaches and other advisors will usually give you the following pointers after they’ve explained about the hours.

WHAT MOST ADVISORS DON’T SPELL OUT

All of that practical advice is good and righteous.  They are very likely to work just fine in real life if you actually do them.  However, most of the advisors do tend to touch on (and then bypass) a most important point.

It seems to me that what you are really doing during all the rest of the 10,000 hours as you work towards mastery of the skillset of your choice (after you get “good enough”) is deliberate practice.  No matter what other skills you are refining and perfecting, the one that is the meta-skill, fully transportable into every endeavor, is that one.

Another IPS (Inner Peace Symptom):  an understanding that mastery requires practicing deliberately over time.  [Doing something over and over without conscious thought (like a caged hamster running around a wheel) is not deliberate practice.]

As you work your way towards becoming a superb artist or a magical performer, a superlative farmer or a business-magus extraordinaire, you will also be learning how to pay attention to details without drowning in them.

You will be learning how to focus down on the essentials of a thing, learning to suss out what matters and what does not.  You will be developing the capacity to turn your hand to any task, even when it is outside your comfort zone.

More importantly, you will be developing grace and agility, the confidence and the trust that you will be able to deal with anything that life throws at you because, like the chess grandmasters, you will develop a very large repertoire of mindsets, strategies, and moves that work as you move along your way to your own mastery.

The Real is “deliberate practice” is just another phrase for what the wise guys call “mindfulness.”

To me, it’s a cool thing to know that a person can get to that without having to sit in a corner folded up like a pretzel, trying to breathe right.  I have a hard time sitting still and have spent a lot of my life failing at that one.  It’s good to realize I won’t actually have to.

What do you think?  Your comments are always welcome….

Not caught in indecision,

Patiently doing what is essential,

One by one by one.

When the time comes to move,

You will know it.

There is no need for haste.