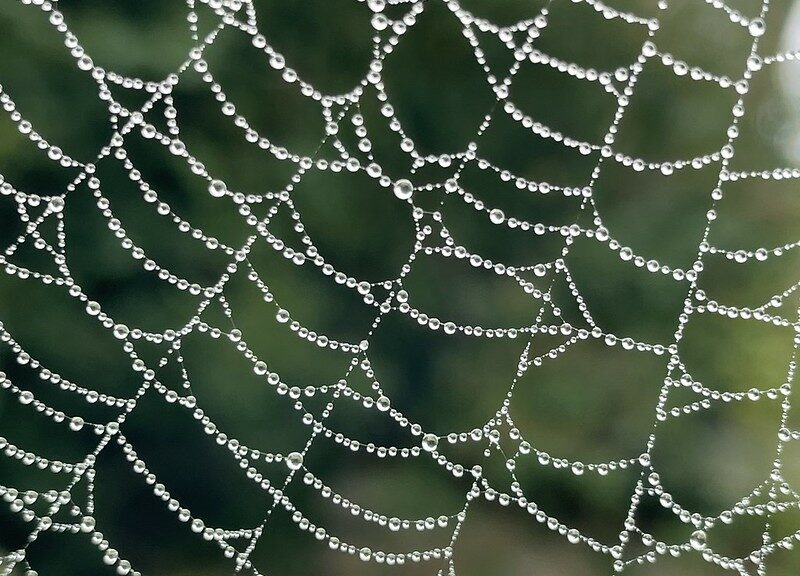 John Milton (an English poet who wrote epic poems in the 17th century) once wrote:

“The mind is its own place, and in itself

Milton did call it right.  All of us humans do have one super-power.  Every single one of us can shape our own reality and make up our own world.  It’s why we find everybody else’s stories so fascinating, I suppose.

Because we each have our own mind and every single one is different from every other one, we often confuse each other.  One person’s way of seeing the world is often not at all like the one the person standing next to them is seeing.

The disparate choices the people around us make and the ways they walk are likely to be consistent with whatever world they are looking at in their own minds.  Since these minds can be so very different from our own, it’s likely that we are going to be a lot confused by other people.

At the same time, because we are all human and we all have the same need to survive and the same desire to thrive, we do have many commonalities and similarities with which we can hook our worlds together and play that way.

The super-power we each possess is the foundation of our ability to shape the world around us and it helps us to connect with other people as well.

Somebody not-so-famous once said, “At the end of the day, it always comes down to small and simple things.  That’s the way the world really works.  It’s just us humans who make it so complicated.”

And that’s another truth, I think.

It occurred to me that, for real, there is only one big conundrum with which every renowned wise guy and smarty-pants in every relatively complex society down through the ages has spent considerable amounts of time wrestling.

The thing that had them scratching their heads and formulating theories and strategies and systems and such is this one:

What are we humans supposed to be doing with our in-born power to build and shape the worlds we are seeing in our own minds when we choose from among the actions we can take in any given situation?

The wise guys and smarty-pants invariably tell us it’s supposed to be pretty simple to make your own choices because there are only two basic ways you can actually use that inherent human super-power of yours:

The wise guys point out that all kinds of complications arise or ensue because, no matter what, you are also obliged to take care of yourself, your heart-people, and your own little bit of the world around you.

Actually, that does makes sense.  Here’s why:

But then, of course, there are all those other people who are not you.  They are likely to have their own ideas about it all and if their ideas are a lot different than yours, everybody’s going to be tripping all over each other.

It’s enough to engender a lot of sighing and grinching and whining, that.

A COUPLE OF VIDEOS TO ILLUSTRATE THESE AMORPHOUS THOUGHTS

I stumbled across a 2017 YouTube video of a spoken poem made by a young Arizona middle-schooler, Olivia Vella, for her seventh-grade writing assignment.

The video went viral.  The thing has received over 19 million views so far and garnered 1.2 million Likes and not one Dislike.  ABC Television Stations uploaded it onto YouTube.

It’s a perfect model of what happens when you focus entirely on trying to shape yourself to the world in which you want to be.  (As we know, middle-school-aged girls are notorious for making this a specialty.)

And then there was this ESMA animation movie, “Sauve qui pneu,” a playful spoof on the “Fast and Furious” movie franchise, was uploaded to YouTube in 2021.

The little film is apparently the work of students who attend an art school in Montpellier, France.  It struck me as a giggle-inducing, highly flavored commentary on some of the ways you can use your one human super-power to shape the world and make room for you.

It’s interesting to note that the title is a play on the phrase “sauve qui peut” which literally means “save himself who can” and has come to mean “every man for himself.”  The word “pneu” means “tire” (like a car tire).  Hmmm….

The little fantasy gets a bit uncomfortable when you remember what your mama or your aunty (or somebody who was more certain than you about the ways and means of this old world) always used to say, “What if everybody did that?”

THE SHAPER CHALLENGE = FIGURING OUT WHAT TO DO WHEN

There are, of course, many wise guys and smarty-pants and know-it-alls and such who are more than happy to tell Shaper-you what you are “supposed” to be doing in this world.  You can probably stack up these guys and gals and their words, ideas, and mind constructs like cordwood in a corner or something.

I’m here to tell ya they are not much of a help if you’re really trying to figure out how to move your own way in the world to get to a place where you want to be.  The thing is anybody else’s systems and strategies very often does work, but maybe not for you.

Remember, though, that it’s human to make the simple stuff complicated.

The whole thing is really, really simple if you can actually see what is sitting there in front of you.  Unfortunately, that can be the hardest thing for humans to see, it seems.

(Click on the caption of the image above and read the story behind this simple picture.  It adds a whole other dimension to what looks like a “simple” picture of a dock on a lake.)

My own feeling is that all that stuff from wise guys and other smarties are only supposed to be fuel for your own fire.  You try them out and burn them up to make your own light so you can suss out how You, Your-Own-Self, are looking at this world that enfolds and encompasses all us humans.

The next very short YouTube Video was uploaded in 2014 by MindToolsVideos.  It asks, “What Are Your Values?” and gives some simple pointers on how you, too, can pinpoint what your own values are.

I’m going to spoil it for you and tell you what it says to do.

This admittedly dorky little video is attached to an article written by expert, Big-Brain People Who Know about figuring out what your own values are and how to find the meaning in your life.  (Okay…maybe it actually doesn’t say THAT.)

Be aware that it’s likely that all of this is really just a reminder of stuff you already know.  And that’s the thing:  YOU ALREADY KNOW THIS STUFF.  You probably don’t need anybody else to tell you what you already know.

However, if you are feeling like you need some help, then the little video and accompanying article can be a good starting point.

Once you get a handle on your values and the principles that you are already embracing to make your own life run well (or not), then you can go make your own plan of action.

If you follow your plan, making assorted course-corrections and such as needed along the way, it is likely that you will end up in a world that matches your own perceptions better.

The thing is, it’s still all on you whether you paint yourself a Heav’n or a Hell.

Every day is a blessing,

He used to tell me,

Every day you start out with a smile.

But me, I was the smart one:

I thought that was TOO simple,

Not the Real Deal nor worldly-wise.

I knew better; I was cool; I had it wired.

Sit here thinking how he lived and died,

Thinking of the hard that dogged his dancing,

Thinking of the sad hidden underneath the smiles.

The laughter and the songs he used to sing

And the quick, wide smile that always drew an answer,

The sparkle in his eyes and his jaunty swing.

He walked and walked for miles and miles and

His hands were tough and calloused from work unending,

But his heart, oh, his heart stayed baby-soft,

I’ve been living out my life for a while now,

Been knocked around by lessons not too sweet,

Tried dancing hard and fast and playing it fancy,

Moved in the groove and flowed with all that go.

And my hands stayed soft

But my heart got tough and calloused

And my eyes, sometimes they turned to stone.

And then the world dropped me a memo, a reminder,

That all its glittering games are rigged somehow,

That power and control is all illusion,

That the Real sits just quiet underneath.

Life pounded and it hammered me to gravel,

Left a raw heart that lay bleeding in the Real.

It took some while to stitch that back together

So now I sit here thinking ‘bout my Papa,

About days you bless and honor with your smiles,

And how you build your heart with song and laughter,

And rub it baby-soft with tear-washed love.

I think ‘bout love that lights you up and sparkles

As your hands get tough and calloused while you work,

And the sweet, sweet joy that sprouts and grows inside you

As you walk your jaunty way for miles and miles.