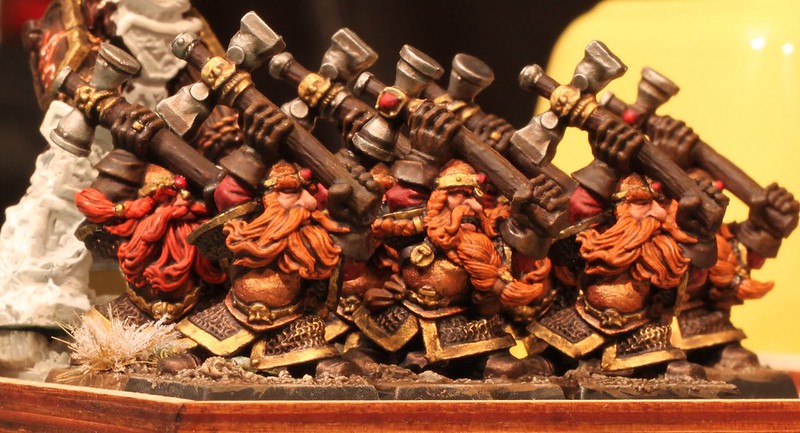 It’s a perennial bit of advice from most of the entrepreneurial advisers and advocates of DIY bootstrapping in the world to get yourself organized by working out routines and systems of routines that will help you get ‘er done and help facilitate your making that run towards your dream.

We can do lots and lots of stuff over and over again, day in and day out, without thinking.  We can get an awesome lot done.  We can even use those routines and systems to bulldoze our way through all kinds of obstacles on the way to our dreams.

Being an ersatz Tonka Toy might mean that we pass through our days without noticing much of anything except how far down we got on our never-ending To-Do List.

A friend of mine, artist Phil Sabado, used to make the 23-plus mile (38 km) run between Kahului and Lahaina towns every morning to get to his job as a graphic artist for one of the independent newspaper rags on the island at the time.  It took close to an hour when the traffic got going good.

He drove over the Lahaina Pali road, with its heart-stopping, glorious views of the ocean that have drawn thousands of visitors for as long as Maui has been a tourist destination.  The commute home often happened as the sun set spectacularly. Phil said he was happy to let go of that job and go all-in to pursue his career as an oil painter when he realized that he was not remembering seeing anything of the world outside his little bubble of a car during the daily commute to and from his tract home in the Kahului burbs.  This is not a good thing if you want to become a professional fine artist.

He is now a wonderfully successful painter, Phil is.  None of his old friends can afford to buy his work these days and his collectors are many.  Murals and other art installations he designed grace several public buildings and parks and so on and so forth.

He is also a Molokai fisherman, born and bred.  The idea of him going past a fishing spot without even checking to see whether the fish were running is a mind-boggle for me.

The power of a mechanical routine to cause blindness and inattention in a person is an awesome thing.

It seems to me that the best and most effective explanations for how to do basic life moves often come from the people who have had a harder time either doing them or making them work well.

These folks find effective workarounds because they must.  If the rest of us are lucky, they are willing to share their experiences, their mindsets, and their strategies.

I stumbled across this sprightly 2017 YouTube video that explains, step-by-step, how we humans build routines.  It was uploaded by the “How To ADHD” organization and features the lovely and upbeat American actress Jessica Lauren McCabe.

McCabe is best-known as the host of the “How To ADHD” YouTube channel which she started in 2016.

She tells about that time in a 2017 TEDxBratislavia talk that she gave at the University of Iowa.  The talk was titled, “Failing at Normal: An ADHD Success Story.”

McCabe started the YouTube channel when she was 33 years old.  Coming off a divorce, McCabe was a broke college dropout who had gone through a string of jobs one after the other and was miserably wondering what she was doing with her not-so-together life.

As a child just starting middle school, McCabe had been diagnosed with attention deficit hyperactivity disorder, ADHD.  Prescribed stimulant medication during her adolescence was an effective treatment for her and she seemed to be on-track to a bright future.

In her twenties, however, she ran into the limitations inherent in just relying on pharma-solutions to large life problems.

As life grew more complex, she experienced more and more difficulties and challenges that resulted from trying to do her walk through our world without making allowances for the very real differences in the way her brain was wired compared to more “neurotypical” folks.

The self-help books did not help.  Inattention, impulsivity, and hyperactivity, the three primary characteristics of a person who has a high degree of ADHD tendencies, make for a chaotic sort of life.

McCabe’s YouTube channel, which is dedicated to all topics relating to attention deficit hyperactivity disorder, presents tips on how to take advantage of the neurodivergent brain type and all things ADHD.  It has grown considerably, with more than 900,000 subscribers.

McCabe says that when she first started out, she thought she should do a channel about how NOT to ADHD.  Her brother talked her out of it, pointing out that most people don’t even know the kinds of challenges someone with the condition faces on a day-to-day basis.

It occurred to her that she, herself, did not really know much about the condition and how the ADHD brain architecture can affect other people who are either more or less affected than she is by it.

She went looking for more knowledge and understanding about ADHD, talking to experts working in that field of study and to members of the ADHD “tribe,” which makes up (it has been estimated) between five and eight percent of the global population.

Along the way she found life-strategies that helped build workarounds for those on the ADHD spectrum.  She learned about the strengths that are often built into the ADHD brain.

She used the channel to share her feelings and her findings and to build a community of volunteers and others who added to the work she began.

The organization she founded is now a crowd-funded Patreon membership business and can be supported by clicking on the button below:

It is a very cool thing.

The previous “How To ADHD” YouTube video helped to explain how to set up routines and systems.  The next, also put together by the same people, tells you what to do when things go kerblewy and life changes happen.

In her TEDx talk, McCabe tells her audience, “…seeing the positives in fellow ADHD brains helped me recognize and appreciate my own strengths, ones I couldn’t see when I was just staring at my weaknesses, which I’d been doing for decades.”

Looking at the all of everything and doing…NOTHING.

I used to call it “being overwhelmed.”

I used to call it “procrastinating.”

And “foolish” – a thing to overcome.

And those be-bopping, recalcitrant ducks

Are all lined up and straight and sure….

And I stop, go catatonic.

The dummies have probably shifted again

While I was blanked out.

I don’t make the “right moves,”

The ones with the quotes implied,

The ones that Everybody says

are the very best ones.

They say those moves get you to that Heaven

Where there’s no sorrow and no hardship,

No suffering, no pain, and everything’s

Wrapped up in a warm, beige gentleness.

And here’s me moaning and whinging.

Why does that perfect prefect

And now, here I sit in post-stupor mode,

Coming out of my non-drug-induced daze,