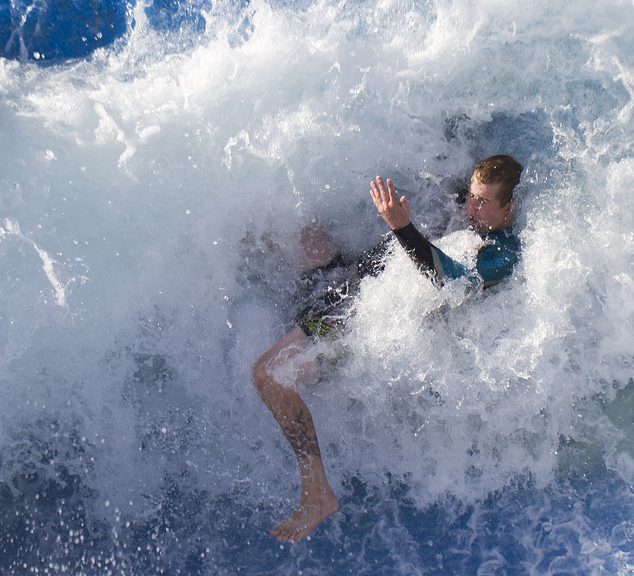 Resilience researchers ask why some people handle adversity better than others and go on to lead normal lives despite negative life experiences while others get de-railed by them.

After years of study, they pretty much figured out that the old guys had the right of it:  You need to stay positive.  You need to have a good crew at your back.

This YouTube video from Big Think, “Resilience Lessons from Our Veterans” features psychiatrist Dennis Charney, the Dean of the Mount Sinai Icahn School of Medicine discusses his book, RESILIENCE:  The Science of Mastering Life’s Greatest Challenges, which he wrote with Steven Southwick, who is the Professor of Psychiatry, Post-Traumatic Stress Disorder and Resilience at Yale Medical School.

According to the good doctors, the right kind of optimism as well as a strong support network are key factors in developing resilience.

ANOTHER TAKE ON IT

International bestselling author Paul McGee wrote HOW TO SUCCEED WITH PEOPLE:  Remarkably Easy Ways to Engage, Influence and Motivate Almost Anyone.  He did a series of remarkably satisfying podcasts published by Capstone Publishing in 2013 with riffs taken from his book.  Here’s the one about being resilient….

Emily Esfahani Smith, in her book, THE POWER OF MEANING:  Crafting a Life That Matters, pulls together a whole body of information about resilience and gives some insight into the characteristics of resilient people and how they keep on bouncing back.

She tells us that resilient people have the following assets in their set of character traits:

According to most resilience researchers some people naturally resist adversity better than others.  Maybe it’s their genetic makeup.  Maybe their early life experiences predisposed them to this way of doing things.

But, Smith says, resilience is not a fixed trait.  Everyone can learn to adapt to stress more effectively by developing a set of psychological tools to help them cope with stressful events.

She points out three successful mindsets and strategies that center on finding meaning in the everyday that work:

OPPORTUNITY MINDSET.  If you can see a stressful situation as a challenge and not as a threat, you are more likely to just keep on keeping on.

“IT’S NORMAL” MINDSET.  If you can see the difficulties and obstacles in front of you as a natural part of how the world works, then you free yourself from stressing about how it’s all because YOU are not-this or YOU are not-that and YOU don’t belong  and YOU are not-supposed-to…and the rest of that garbage.

This mindset can set your mind free from the uncertainties about “belonging” and the doubts that rise up when you’re doing something that is not what the people you want to impress would do.   It allows you to just keep going.

“KEEP YOUR FOCUS ON THE JOB” MINDSET.  If you focus on how doing what you’re doing can help you and others live out self-transcendent values (rather than focusing on how to promote your own self and your own agenda), it’s easier to keep on moving forward.

Smith believes that keeping the life values that are important to you firmly in mind helps to protect you from the damage that stressing over some outcome or other can do.

All of the foregoing stuff gets me to thinking about what the old guys called “gumption.”

Merriam-Webster says “gumption” showed up in the early 1700’s as a word.  Its earliest uses referred to “intelligence” and “energy”.  By the 1860’s Americans were using the word to imply “ambition” and “tenacity.”  It has since evolved into a synonym for “courage” and “get-up-and-go.”

Bouncing back requires all of that.  It’s good to know that they can be developed, they can evolve and they can grow.

Another IPS (Inner Peace Symptom):  an understanding that the thing you absolutely cannot lose is your gumption.  [Nothing is sadder than somebody whose gumption got up and went.  Hang on to that gumption!]

A bit shaky still as you stagger up the beach

Out of the foam.

Life took you and tossed you

But you made it through that maelstrom

There you are, still standing,

The pounding’s rubbed you ragged,

But you’re in one piece and you’re moving.

Wobbly as you are,

You’ll be reaching for your board again,

Looking for the next wave,

20 thoughts on “BOUNCING BACK”