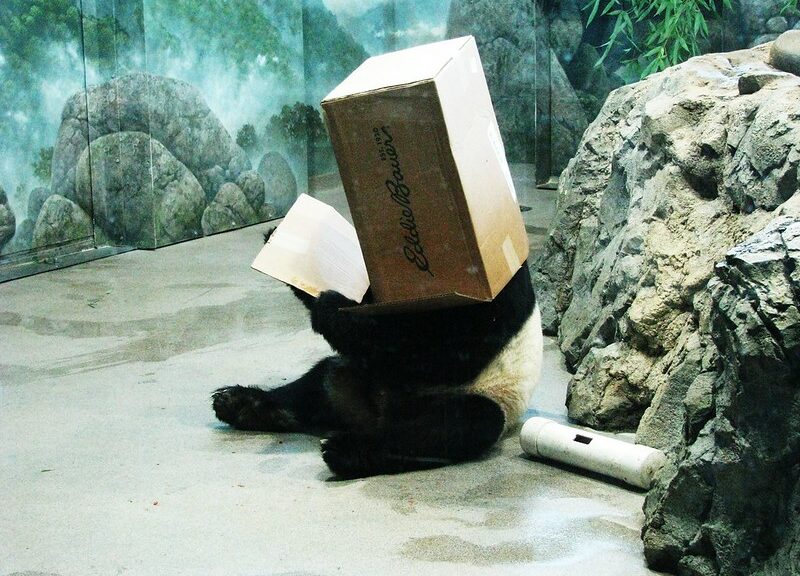 Who has NOT heard it?  If you want to be creative, the ubiquitous They tell us, you have to “think outside of the box.”

The only problem is, it takes a different mindset to get out of that other-people-imposed box than our more usual ones. It makes sense that you do need to train yourself to climb or crawl out of that box in the same way that you train yourself to do some sort of physical discipline or other that isn’t just regular walking.

It occurs to me that Parkour players, martial artists and master craftspeople or performing artists are made, not born.  They work at developing and improving their unique skillsets until they achieve their own kind of mastery.

One such book is CREATIVE TRESPASSING:  How to Put the Spark and Joy Back into Your Life and Work by creative disruptor, writer, social media marketing maven and public speaker Tania Katan.  It was published in 2019.

Katan is also the co-creator of #ItWasNeverADress, a social movement that “inspired over 50 million people worldwide to see, hear and celebrate women as superheroes,” it says here.  The aim of the campaign is to shift perceptions of women working in male-dominated fields.

What got me hooked on the book was the quote from our beloved Dr. Seuss (Theodor Seuss Geissel) that starts it off:   “Why fit in when you were born to stand out?”

A BOOK OF RULES YOU PROBABLY ALREADY KNOW

In it are her 21 “Rules for the Creative Trespasser.”  None of them are unfamiliar.  All of them are ways that an ordinary mortal can impact every part of a workday routine to fabricate and fashion extraordinary and exciting projects and initiate grand adventures that sparkle up the place.

The book is all about how you, too, can live an ordinary life in an extraordinary way.  Me, I’m really down for that.

When I went through that rule list, my whole gut kept going, “yup, yup, yup.”  There were few sour notes.

My top three favorite Creative Trespassing rules are these:

The other rules in the book are also useful, but it seems to me these ones are foundational.  You can build a framework for your life on these three rules.

As Katan points out in her book, “Someone will always give you a reason not to pursue your dreams if you ask them.  So don’t ask.”

American actor Matthew McConaughey agrees in this 2020 YouTube video, “Don’t Ask Permission,” uploaded by Motivation Thrive.  In it he gives his take on why it’s a bad idea to ask for permission to do what you really and truly want to do.

You might also want to check out my post, “Set Up Your Own Rules” by clicking on the button below.  In it I explain the kaona, the inner meaning, of rules and how you can play with them so you can get yourself to where you want to be.  If you know how to do that, you won’t need to worry about asking for permission.

Also, if you really, really want a scientifically proven technique or something, take a hack from American professor Brené Brown, author of DARE TO LEAD and a pioneer in positive psychology.

Brown uses the permission slip — that form your parent (or guardian or other person designated as being responsible for your elementary school self) had to sign so you could go on a class field trip to a butterfly farm or something else equally cool – as an in-your-hand, physical metaphor.

You can make up personal permission slips about how you want to behave or feel or act in a situation that makes you feel excited or uncertain or positively daunted.   For example, you can use those permission slips as a reminder that you want to act on the life options that scare you as much as they thrill you.

It’s a simple, nitnoy thing.  It does work.

Don’t know how to create a permission slip?  You can test-drive the free permission slip templates on Canva.  (Click on the company name to see the sample).

As a counter-weight to all this airy-fairy positivism, you might also want to ponder on this maxim I got from one of my mentors:  If you need permission, you probably should not do it.

One of my earliest mentors when I was first starting out in real-estate was a well-respected real estate broker and developer on the island.  He conned me into becoming a property manager mostly because he didn’t want to do it and he knew I was OCD enough to get behind it.  (The buggah double-DOUBLE-dared me and bribed me besides!  How could I resist?)

The thing is when anybody came to him for advice about “getting into real estate” he would usually try to talk them out of it, candidly telling them about all the pitfalls and all the reasons why they should NOT do it.  Most of the wannabes would wander off and go do something else.  He hired on the ones who didn’t.

I asked him once why he kept doing that.  That was the first time I heard the maxim.

It took a while, but I finally realized that very often people will chase after whatever works out well for other people.  They see this one or that one getting very good results from doing something or other and immediately want to get in on that action.

They don’t stop to ask themselves whether this is a thing they truly want to do, one that makes their hearts sing or anything like that.  They are just dazzled by all the gold and the goodies the other person is raking in.

When it all turns to hard-scrabble struggle and either implodes or wisps away because the wannabes are not getting the results they are expecting, they inevitably go looking for yet another new and shiny something or other that is surely going to lead to that big old pot of gold. Making dreams come real is a tough road and only you can say whether it will be worth all of the effort you are going to have to put into it.

Katan understands the value of being relentless.  Every time you fall down, you stand up again.  You can’t keep on going if you’re all curled up in a ball and rolling around moaning or whining.

[Well…actually…I suppose you could make some sort of forward progress if you just kind of push off and roll around all over the floor mostly in the direction you want to go until you find a good place where you can stand up again.  Hmmm….]

The stack of hacks in Katan’s section on Rule #19 are as follows:

All of these hacks do work.

Practicing these things over and over again help to prepare you so that when you do make egregious mistakes (or possibly fail) you still have the freedom to figure out what you’re going to do about it next.  You can look at what has gone before as a rehearsal or as experiments and explorations that show you what doesn’t work.

Here are a couple of other hacks along these lines from other people that also work:

The coolest part about doing these kinds of exercises in counterintuitive thinking and behavior is that when you come to a place where you really feel you need to do something, you will become comfortable enough to react or respond without hesitation and as you see fit to the situation in which you are involved.

And very often that immediate response will have a greater effect than all the stalling and pondering and re-thinking and analyzing and talk-talk-talking that most of us are prone to doing in uncertain times.

Working on these sometimes-silly exercises can make you ready to move when your gut says YO! and your heart says YAY!  By consistently trying to do them, your mind will have gotten used to dealing with the assorted aftermaths of casting your vote for your dreams and for the things that make your heart sing.

This 2020 YouTube video, “This Choir Sings In Harmony From Their Cars to Keep Everyone Safe” is a wonderful example of what can happen when you are determined to keep on rehearsing.  It was uploaded by the Sunday TODAY show.

As somebody or other once pointed out, “You’ll figure out what to do after you’ve taken action.  Until you take action, it will all be hypothetical.  But once you act, it becomes practical.”

About her final rule, “Show up,” Katan says, “Let relentless curiosity be your guide as you forge a unique path toward a totally kick-ass life!”

She recommends that you bring along your magic and your humor with you everywhere you go because, as writer Toni Morrison has admonished, when you want to fly “you got to give up the sh*t that weighs you down.”

Katan points out that every day brings with it new opportunities to practice leaping into the unknown.  The first step, of course, is showing up at the edge of Possibility.  If you can get to there and you’ve done what you can to get yourself ready to fly, you’ll figure out and do whatever comes next.

In it he points out, “Those waiting for life to hand out miracles will always be left behind by those who simply show up and do the work.”

A thing to think and act on, I say.

Parental discretion should have been advised, I think.

(Not that I would have listened.)

Probably this would not be

Something recommended for children.

Being steadfast and true,

With sincerity and impeccability,

Balanced and trusting too.

It’s been my best ideal,

It makes you want to fly.

It turns your insides hollow.

It’s funny how wise you can be

When you’re innocent and young,

When the world has not yet grabbed you,

When you’ve only just begun.

I’ve followed after this glimmer

And in all of this following,

My fate, I guess, is sealed.

I’m never going to fit into

The way things seem to be.

I’ll have to find my own way somehow,

The one that just fits me

4 thoughts on “TRAIN YOURSELF TO CLIMB OUT OF THAT BOX”