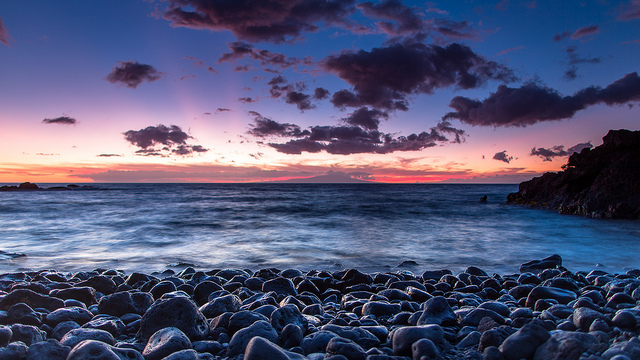 Another IPS (Inner Peace Symptom):  an understanding that the world is a communion of subjects and not a collection of objects.  [Everyone and everything in the world has a story.  You can connect to the story if you lead with curiosity rather than judgment.]

It has occurred to me (many times) that everybody walks through worlds made of stories.  The stories are, after all, how we make sense of ourselves.

Our own stories – our struggles, our mistakes, the choices we make and the results of those choices, the lessons we’ve learned and the ones we keep ignoring – are windows through which we display who and what we are.  Each of us has a unique, custom-made story that we rework every day.

And since there are only so many ways any human can move through the world, each of us is very likely to find similarities and insights in every other person’s story.  These findings can often be applied to our own selves.

Some smarty-pants scientists who research such things tell us that our brains fire up more strongly as we listen to a story rather than to a list of factoids and dry-as-dust measures and measurements.

Our minds go sailing off into other worlds on the wings of a story well-told.  The best storytellers transport us.

We actually can “see” where they have been and their words take us along with them on their journey-memories.  Our brains rev up and go into overtime.  We remember stories.

That’s a heck of a lot different than the sleepy-time induced by power-point presentations and soporific lectures that pile a lot of facts on our heads and bury us in a confusing avalanche of teeny-tiny details that don’t actually help us put together any kind of coherent picture.

Self-dubbed “writer-actor-storyteller,” David Crabb performs and emcees for The Moth storytelling gatherings in New York.  He also has written a number of books, including an engaging autobiography, BAD KID:  A Memoir On Growing Up Goth and Gay in Texas.

Crabb believes that it is the connection that forms between people that is important in the act of storytelling and story-listening.

He says, “I think some people think it’s all about talking about you, you, you.  But what it really is is reaching out into the void and connecting with people and letting them know they are not alone.”

The Moth, an acclaimed nonprofit organization that’s dedicated to the art and craft of storytelling, has been flying high for more than 20 years now.  It’s the brainchild of writer George Dawes Green.

Here’s a YouTube video, “The Courage to Create,” that was published by Cole Hahn US in 2016.  It features Green talking about the transformation that happens onstage when storytellers tell a tale and their audiences connect with it.

The Moth attracts all kinds of storytellers – bad and good boys and girls, and the famous, the infamous and the anonymous.  And, many times, the magic happens – over and over again.

HOW THE MOTH WAS BORN AND GREW

George Dawes Green loved the storytelling sessions at his friend Wanda’s home on St. Simon’s Island in Georgia where he grew up.  The moths that gathered around the porch lightbulb and the magic of friends gathered together, drinking bourbon and “talking story” were a part of the parcel.

After he became a published author and was living in New York, Green began missing the story sessions on Wanda’s porch.  He wanted to recreate the experience, where ordinary people could deliver well-crafted, well-told personal stories, for his friends.

Green started hosting gatherings of storytellers in his New York loft, and the magic he remembered kept happening.

By 1997, Green’s idea had grown into a nonprofit organization named after the moths he remembered.  Twenty years later The Moth had presented over 20,000 stories, told live and without notes to standing-room-only crowds worldwide.

There’s a Moth Podcast that’s downloaded more than 44 million times a year as well as a Peabody-award winning radio show, The Moth Radio Hour, which airs on 450-plus public radio stations around the globe.

And then there are the books.  In 2013, The Moth published its first story collection. The list kept growing.

The latest of them, THE MOTH PRESENTS ALL THESE WONDERS: True Stories About Facing the Unknown, is one compiled by Catherine Burns, The Moth’s long-time artistic director.

This YouTube Video, “THE MOTH:  The Best Storytellers In The World,” was published in 2013 by THNKR.

It showcases a behind-the-scenes look at the astonishing effort and enthusiasm that goes into getting the storytellers ready for performing in one of the most prestigious live shows in the line-up that the group produces and it touches on what the participating storytellers get out of doing it.

It is a revelation that there are all of these people who have the guts to volunteer and come forward to tell their own story in front of a large crowd of strangers.

What’s so mind-boggling, however, is that all of the other people who attend the events have made the effort and taken the time to come and listen to strangers, regardless of the topic.

As one commentator pointed out, “In a world of negativity, this…allows people to escape from the concept that everything must be internalized and that we are alone.”

I agree that “it may very well be one of the biggest acts of love this world has to offer.”

In the streetlight halo at the corner,

To whisper warnings to each other

Don’t stop for that white-clad woman

Hitching a ride in the dark night.

Turn to challenge her strange silence,

Find her changed…or just not there.

There are spirits lurking in the passes there.

The pork will draw them to you and they’ll surround you.

Give them what you carry; maybe they’ll release you.

Another road, a moonless, starless night.

Quiet paws padding, the snick of sharp claws pacing behind you.

Don’t turn your head; there’s nothing there.

Show no fear; you might make it to the light.

Honor now the ancient kapu laid upon this place.

Those there are who pass in proud procession,

Hide.  If they see you, they may take you with them.

The darkness presses inward, heavier with each new warning.

Tendrils of gossamer terror quietly spin out, a web

That catches at the day-bright glow of innocence and joy

And leaches into the wanderer’s golden longing for home.

In throats turned tight with dread

Of the easy road home,

Shrouded now by the magical night.

32 thoughts on “FLIGHT OF THE MOTH (Another IPS)”