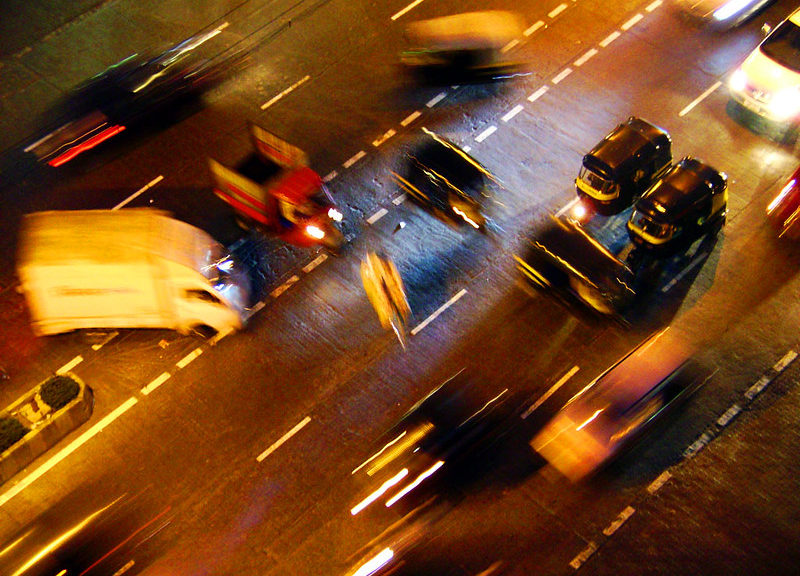 Crossroads are an everyday, ordinary bit of magic.  Each one is the meeting place of potentialities – where you can pause to consider all of the different Maybes of your mind.  Each one is a demand that you make some sort of choice.

Legend has it that a crossroads is a meeting place of time and space, a magical but dangerous place where a traveler is likely to meet witches and demons.  Crossroads are sacred to Hecate, an underworld goddess of the ancient Greeks.

Hecate, it is said, was a guide and guardian especially for long-distance sojourners who crossed many borders and boundaries – even the ones between the everyday world and the Afterlife.  Like her above-world counterpart, Hermes, she watched over travelers.

Hermes, it should be noted, is the Greek trickster messenger god of trade, wealth and thieves, luck, fertility and animal husbandry, language and communication, and sleep as well as travel.

At one time, it was a common practice to bury suicides, felons, and suspected vampires at crossroads to prevent their spirits from returning to haunt the living.  The ancients believed that crossroads confuse these spirits. It seems to me that crossroads – both physical and metaphorical — do a pretty good job confusing us ordinary humans as well.

THE ANTI-POWER OF MAYBE

Like crossroads, “maybe” – the word and the mindset – can either facilitate or stop the natural flow of energy that runs through the world and through us humans.

There is a pause in your journey as you consider (and re-consider again and again) which way to go.  As long as you remain at a standstill, the Maybes start stacking up.  After a while that pile of Maybes form a wall that can hold back or block your mental energy. You dither.  So-called “analysis-paralysis” sets in.

Instead of getting on with doing what you’re supposed to be doing, you spend all your time and energy analyzing the endless whys-and-wherefores about taking this step, that step, or another step entirely.  ARGH!

Imagine if the atoms and cells that make up your body held meetings to argue about “maybe” holding you together.  Scary, huh?

That’s the anti-power of “Maybe.”  The Real is that “maybe” sucks up as much energy as you give it.

“Maybe” is probably one of the leading causes of procrastination in the world.  You can get all caught up in tracking down the possible outcomes to each and every maybe you make up.

You can build grandiose castles in the sky that incorporate every shiny doo-dad and widget you can imagine.  You can play out every variation and iteration of every possibility over and over again in your mind.

If this, then that…BUT, if that, then this….and so on.

Sitting there running through possibilities means your eyes are not seeing what is out there in the world.  You have stopped listening to what the world has to say.  You get so dizzy doing the internal Maybe-Dance that you miss the subtle little cues the world throws at you.

If you really get into it, you don’t even hear the great big whooping alarms going off all around you.

Your feet are not moving, your hands are slack, and your body is not making the moves it needs to make to get you where you want to go.  The journey stops.

Meanwhile, time passes.  Windows of opportunity close.  People move on.  Doors slam shut.  It all sort of melts into a bland nothing.  (Either that or a big old rampaging elephant comes along and steps on you or something.)

That good ol’ boy, Will Rogers once said, “Even if you are on the right track, you will get run over if you just sit there.”  He was not wrong.

GETTING AROUND ALL THE “MAYBES” IN YOUR MIND

So, what if you’re stuck in the Maybe-Dance?  Do you actually know HOW to make a decision?

Here’s a video from internationally known motivational speaker Bob Proctor about that very thing, “Making Decisions.”  It was published by the Proctor Gallagher Institute in 2018.

For more than 40 years Bob Proctor has focused on helping other people move towards their own prosperity and success.  Proctor’s life-work has been an expansion on the thoughts of the “grandfather” of the human potential movement, American self-help author Napoleon Hill.

Hill wrote one of the ten bestselling self-help books of all time, THINK AND GROW RICH, in 1937.  The book was commissioned by American industrialist Andrew Carnegie who tasked Hill with finding out what makes a successful person succeed.

Hill spent 20 years researching and interviewing the leading lights of the day – people like Henry Ford, Frank Winfield Woolworth and Thomas Edison – as well as people who didn’t prosper.  This book was the result of that work.

Some people say the book is dated and more than a little “classist”.  Others swear by it and call the information it contains “timeless.”

Procter co-founded the Proctor Gallagher Institute with Sandy Gallagher, a successful banking attorney who was an adviser and consultant to major Fortune 500 companies before she attended a Proctor seminar that was a life-changing experience for her.

Gallagher ended up collaborating with Proctor to put together the Institute whose mission is to educate people about how to use self-development skills and techniques to reach for their potential for prosperity.

This next video, “Decision-Making:  4 Simple Tests to Help You Make the Right Decision,” is an episode from life-coach, author and marketer Marie Forleo’s award-winning weekly show MarieTV.   It was published in 2017.

As Marie explains, the episode is her response to a question from a viewer, Kouros Alaee, about how to make a decision that feels right.

Forleo’s tests include the following:

This last video, “The ANCIENT Technique to Making Tough Decisions,” was published in 2020 by The Outcome and features the scientist-turned-mystic Gregg Braden, who always has interesting information that never seems to make it into mainstream thinking.

Braden talks about the discovery in 1991 of “heart intelligence” by the guys in the white lab coats.

Apparently, according to Braden, they discovered that in every human heart 40,000 or so specialized cells are configured in a way that creates “a neural network in the heart.”  (They are brain-like cells, but they’re in the heart and not the brain.)

Our brain thinks.  So does our heart.  It seems there’s even physical proof of that.

I’m including it here because it resonates with my own experiences of the heart-thinking that is a traditional Hawaiian concept I tend to use my own self when I’m trying to make sense out of my own ambiguities and uncertainties.

There are, of course, all kinds of advice, exercises, techniques, and resources out there to help you come to a decision.  The videos are just a small sampling of a multitude of ways to counter the anti-power of Maybe.

My own favorite hacks come from Martha Beck.  In her Martha’s Blog in 2013, she wrote a post, “Yes?  No?  Maybe?  How to Make Decisions”.  In it she lays out three options and plans, complete with how-to’s.  She says you can:

Crossroads seem to be my natural habitat,

The fate of one who provides shelter

For travelers following trails of their own choosing.

Like an innkeeper, I watch as they come and they go,

All of them moving through their days in slo-mo

Down highways and byways and offshoot trails

That are constructed out of the consequences of

The travelers move through mindscapes I often cannot see,

Past ghost towns and old ruins left behind by other folks

Who have been swallowed up in the ubiquitous mist we call “Time.”

The accommodations I can offer are a temporary stopping-place

And I am just one more feature in a chaotic mix built by other people’s dreams.

The travelers notice me in passing

And they are always, ever, passing on through.

For my sanity’s sake

I keep trying to impose a semblance of structure and order

Have long been forgotten

As their multiple aspects keep morphing one into another.

I keep trying to cultivate an oasis,

An ephemeral soap bubble, easily broken by the custom-made chaos

Each traveler carries along as baggage…

A temporary haven that implodes when touched by the inevitable clash

As one strange world bumps into another one.

“Permanence” is a joke, I am thinking,

And “peace” is just one more name for a temporary détente,

A breathing space before the next leg

Of the journey each traveler began with such high hopes.

An innkeeper watches as the World goes past,

Seeing to the needs of the ones who stop,

Watching them go and blessing them on their way.

It is not boring.

10 thoughts on “AT A CROSSROADS”