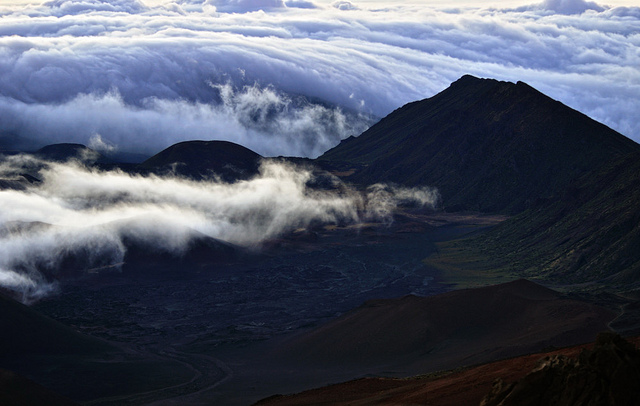 Another IPS (Inner Peace Symptom):  a growing awareness that the only thing that abides is the way you walk.  [How are you walking and how is your walk talking?]

Assorted studies have shown that the way you walk down the street increases your chances of being a victim, a target for challenge, or a welcome addition to a group.  The way you walk, they say, has a language of its own and the people around you are likely to make judgments about your probable character just by watching the way you walk.

A 2012 article in Scientific American magazine by Cindy May, a Professor of Psychology at the College of Charleston, delineates some interesting findings in one of the earliest studies conducted by personality psychologists Warren T. Norman and Lewis Goldberg in 1966.

The researchers asked college students to rate their classmate’s personalities before they had a chance to interact with them.  They also asked the students for their self-assessments about their own personalities.  The duo discovered a couple of remarkable things.

For a fuller explanation of these findings, you can click the button below.

Over the years, the data has continued to pile up.  The way you walk really does talk.

You might want to check out the following 2019 YouTube video, “Your Walking Style Reveals Your Personality, Career and Lifestyle,” which was uploaded by the Magical Indian.  It expands more fully on the idea.

If that’s so then it seems to me that all of the possible different ways you could walk are likely to evoke responses from the people around you and might even determine how you’ll be treated by them.

This video, “100 Different Ways to Walk,” is actually an “animation reference” put together by stop-motion animator and self-styled video wizard Kevin Parry in 2017 as a way to remind himself of the wide variety of ways a humanoid might walk.

It’s a thing Parry uses to develop the action in his stop-motion animation films.  It can also be a way for you to pay attention to the emotions and reactions different ways of walking might evoke in you.

Check it out and think on how you might react and what you might feel about a person if you happened to see someone walking past you using one of these different ways of moving through the world.

What would you think about this person?  What is your likely reaction to him or her?  Your responses to each of these ways of movement might be surprisingly different.

My thought is that if the way you move your body can evoke emotions and reactions from other people who are watching what you do, then it’s likely that the way you are moving yourself through your world  – your actions and the ways you deal with others around you, the choices you make and the paths you take – can also cause other people to react to you in very different ways.

YOUR TALK STAYS TALK IF YOU DON’T DO THE WALK

You hear that all the time, right?

Every time there’s some new study and whenever some new idea or concept starts making the rounds, the noise level gets louder and there’s a flurry of “Me-too, me-too, I’m going to do it!”

What’s your initial reaction to all that?  Maybe you throw a little bit of a cynical grin?  Maybe a little snort or snigger?

I bet you don’t really take all the foo-fah-rah seriously.  You’ve heard it all before, after all.  People tell you what they’re going to do or what they need to do and how they are going to really, really do it…but, then, they never get around to it somehow.

Or maybe they tried something and it didn’t go as they expected.  It was really hard and the results were not what they wanted.  It was disappointing and not at all the thing.

So these folks are going to try this next great thing, and this time….hoo-hoo!  They will do it.  Right.

After a while, the blathering tires out your ears.

In our younger days we might have been surprised and even disappointed by the lack of follow-through.  Eventually it’s very likely that we pretty much stop paying attention to the pronouncements and declarations filling up the airwaves.  Instead, we start paying attention to the way the people doing all that talking are walking.  We give a heck of a lot more credence to the other person’s consistent action over a long period of time.

Fact.  If you change back to your old behaviors every time you hit a speed-bump, nobody is going to believe you want a different world.

Talk is inexpensive.  All of us say things all the time about who we are, what we can do, what we’re going to do and on and on.  Walking is not so easy to fake.

If you stay the course (as hard as that is to do) you will gain credibility.  The longer you keep walking towards that goal you say you’re heading towards and the fact that you keep on doing it no matter what is very convincing.

When your words and your actions match each other and they demonstrate who you are, then people will start to believe that what you say really is what you do.

Positive thinker Ralph Marston, who puts together the popular positivity blog, The Daily Motivator, says it well: “What you say can make a big difference, but only if it is fully supported by what you do. Walk your talk, and both your walking and your talking will get great things done.”

This YouTube video, “Why Our Actions Speak Louder than Words” was published in 2016 by biologist-turned-filmmaker Rob Nelson.   It adds another take on the matter.

Rob and his collaborator Jonas Stenstrom, another biologist-cum-filmmaker, put together a channel on YouTube, “52 Things” which is specifically geared towards “making better science storytellers with photo and video.”  They are producing a series of videos to help other science bloggers become better filmmakers.

Check out their Patreon page.  If you’d like to become a patron and support them in this endeavor, click here:

I’m sorry to see that I was right.

Dealing straight with the trust

The excuses and rationalizations

Are flying so thick,

I cannot even talk.

I have no advice for you…

And you’ll have to fix it –

I can see that,

The shaky structure you have built

On this shifting sand of maybes and couldas and shouldas

Is getting washed away,

Undermined by the waves of murky thoughts

Generated by too many issues

That have nothing to do with me.

You’re the one who keeps on digging the hole.

And, for real, I’ve run out of hands to help.

Thanks for your visit.  I’d appreciate it if you would drop a note or comment below and let me know what you think.

24 thoughts on “YOUR WALK TALKS — Another IPS”