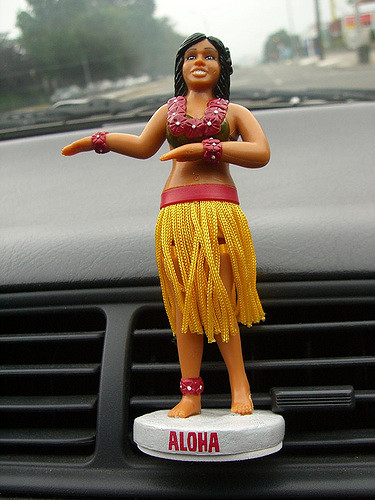 Part of the way that each of us walks, I think, is a matter of culture.  The culture into which you are born and raised often has a lot to do with the qualities you bring to the way you walk in the world and interact with other people.  Many of your highest aspirations come from it.

I was born and raised in Hawaii and that surely affects my default mode of walking.  It’s a good way, I think.

The thing you have to know, first of all, is that Hawaiians have a deep, ingrained respect for the power of the word, and many of our words are descriptions of the character traits of the people in our lives.

Let me introduce you to the concept of kanaka makua.

According to the author of NANA I KE KUMU:  Look to the Source, the highest aspiration of a Hawaiian is to be a kanaka makua, a person who is emotionally and mentally mature.

Aunty Mary Kawena Puku’i, the Hawaiian elder who was the resource for much of the knowledge that is recorded in scholarly books on Hawaiian thought and language, said, “A kanaka makua thinks.  He doesn’t jump into things.  He takes responsibility…  controls temper…is not scatter-brained …realizes that anger can cause hihia (an ever-widening, increasingly damaging network of ill-feeling)…sensible…kind…thoughtful….”

But, most of all, the author says, a kanaka makua is hospitable with a hospitality that “connotes a warm and generous giving and sharing, whether of food or companionship or concern and comfort, always in a person-to-person way.  (He has outgrown the infantile grasping to get all one can and keep all one has….).”

THE GOOD DOCTOR FINDS THE WORDS

In any language, there are words and phrases, stories and proverbs that describe human character traits and qualities (admirable and not).

One person who collected such words was the Reverend Dr. Charles McEwen Hyde, a Congregational minister  who began teaching Native Hawaiian pastors from 1877.

Hyde developed a list of Hawaiian words and proverbs while conducting group discussions with his Hawaiian students at his North Pacific Missionary Institute.

He wrote a number of articles in Thomas G. Thrum’s Hawaiian Almanac and Annual as well as the Hawaiian Gazette Monthly in the late 1800’s.  In them he included all the words he could discover.

Looking over his lists gives you a pretty accurate idea about what was considered admirable in a person during that time.  The nuances attached to the words can be interesting.

Probably a kanaka makua would be considered to be kū, proper and fit.  It is likely that he would be one who is kapukapu, entitled to reverence and respect, being dignified and separate from what is common.

The kanaka makua has a na’au pono (balanced mind) and is just, right-minded and upright.

He is also nakulu’ai, upright and praiseworthy.  (A chief or common person respected for virtuous conduct was called kolokolohai, a term of respect for someone who is thoughtful, humble and kind.)

Perhaps this person would be considered ka’oka’o — whole and undivided because he removes himself from wrongdoing.

Gentleness, harmony and humility were considered the most important character traits.  A person who is ‘elemino is “gentle, without noise or confusion, and easy in manners.” (The word implies “straightness” and “uprightness” as well.)

One who is gentle-mannered and soft-spoken is nahenahe, like a quiet breeze.  As one proverb says, “He ‘olina leo ka ke aloha,” (a joyousness is in the voice of love).  Love, it says, speaks in a gentle and joyous voice, not in harshness or gruffness.

Unity and harmony is often emphasized.  Someone who is kohukohu, “harmonious in opinion” is also considered to be noble, honorable and dignified.  One proverb admonishes, “I ho’okahi kahi ke aloha.”  (Be united in the bond of affection.)

One who lives quietly and is humble is ha’aha’a.  Such a person might say, “He paepae wāwae ko’u ‘ili nō kona kapua’i” (my skin is like the soles of his feet) as an expression of humbleness that acknowledges the superiority of some other person.

The word hilu also describes someone who is still, quiet, reserved and dignified.  Unlike ha’aha’a, it also implies elegance, power and magnificence.

Calmness and grace were prized.  One proverb says of one who remains calm in the face of difficulty, “He po’i na ka uli, kai ko’o, ‘a’ohe hina pūko’a,” (though the sea be deep and rough, the coral rock remains standing).

Generosity, kindness, and benevolence was emphasized.  One who is manawale’a gives willingly, cheerfully and liberally, even giving generously to those who are undeserving.

Kahiau means to give away lavishly, from the heart, expecting nothing in return.

Kihikau means to give lavishly until everything is gone.  (This is listed as a positive human quality.)

One proverb quips, “he ‘ōpū hālau,” which is said of a person who is kind, gracious and hospitable.  The literal meaning of this phrase is “a house-like stomach,” but it means that the person has a heart as big as a house.

Hospitality, especially to strangers, is an outward sign of generosity.  One proverb says, “He ola i ka leo kāhea” (there is life in a hospitable call).

People who are generous to a fault are considered to be “disposed in feeling and action to do good”, lokomaika’i, and are likely to be benevolent and obliging.  Grace and good will are theirs.

As one proverb says, “‘Ino ka palu ‘a’ohe e mīkoikoi ‘ia e ka i’a.” It helps to know that palu is bait made of dried, mashed octopus liver when you’re told that this proverb says, “When the bait is not good, fish will not gather to eat it.”  In other words, goodness and graciousness always attracts attention.

One who is kindly and forgiving is considered to have na’au ali’i (the sensibilities of a chief).  One who is warm-hearted is called pumehana.

Skillful action, excellence in work, industriousness, and neatness or tidiness are also part of the kanaka makua ideal.

Being diligent in business and active is to be nakue.   (The word carries a connotation of being cheerful, hopeful, perhaps even thrilled.)

Men who are skillful, ingenious or dexterous with natural skill, wisdom or ingenuity are called maiau.  Women who have these qualities are called loea.

One who is prepared, energetic and active is pūlawalawa.

Intelligence is prized.  An intelligent person is called akamai, smart, or na’auao, which literally means “daylight mind” and implies enlightenment.

Being skillful and thoughtful in reflection, eloquent and moving in speech is being mikolelehua.

One who is thoughtful might also be called lana ka mana’o, hopeful and without worry, or kuano’o, comprehending and meditative.

To understand, to see clearly and plainly, and to be insightful is to be maopopo.

Courage is prized in a warrior culture.  A person who is koapaka is valiant, brave and a success as a combatant.

Having a firm stance, being kuha’o (or standing like iron) is important, as is being maka’u ‘ole, fearless. The word kūo’o expands the idea of fearlessness to include being vigilant, ready, and prompt in action.  (Solemnity and dignity seem to be attached to kūo’o.)

Someone who is lālama, on the other hand, is fearless, daring and adventurous like a mountain climber.

To be wiwo’ole is also to be bold and fearless.  One way to achieve clarity and be devoid of fear in the middle of danger, it is said, is mohala, to open or calm the mind.

A person who is kāmau has great endurance and perseverance especially in uncertain time.  This description implies constancy and loyalty as well.

One of the most famous words in the Hawaiian language is “aloha.” It has echoed through all the world, been turned into a slogan, a mission statement, an assortment of brands, and so on and so forth.  It’s become, alas, something of a cliché.

I find it interesting that the state of Hawaii has a law on the books that requires public officials to “contemplate and reside with the life force and give consideration” to an essentially native spiritual concept.

They call it the “Law of the Hawaiian Spirit.”

This is what the law says:

Hawaii may be the only State in the Union that mandates that its public officials show love for the people they serve.  Hmmm….

To the loud and curious grandchild

Who ran around all day,

Looking for the answers,

Grumbling about ‘as how.

Close your mouth, move your hands.

One day you will understand.

Lessons you learn in silence,

Lessons you find in silence,

Lessons you see in silence,

By doing it over

Lessons you feel in silence,

While the old ones play.

It’s the only way they know.

If you want to learn, be still.

When you stop making noise,