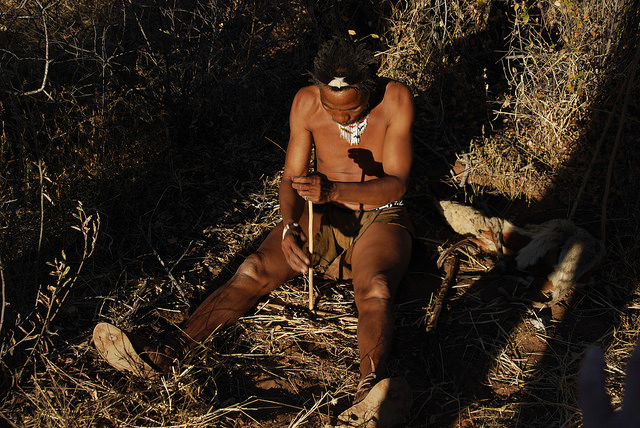 If you look at your habits of thought and what you expect to see when you look at a phenomena or situation, it’s quite likely that you will be able to see patterns of thinking that you just naturally fall into.  They’re old familiar ways you always dance.

Often, if you can let go of these old thinking patterns, you can free yourself to see more clearly what is really there in front of you, without all the extra baggage that you tend to add.

Theoretically, if you can see what is in front of you clearly, then you are more likely to be able to use what is around you to effect the kinds of changes in your way of reacting to things that might be more effective for dealing with the world.

THE WORLD AS YOU DO NOT SEE IT

A lot of Un-Seeing is about developing a different way of seeing your world.

One way to help yourself grow away from your habitual, same-old habits of thought is to expose yourself to the ridiculous, the radical, the unfamiliar and the surprising.  Any of these  can shake your set mind loose…you are more open to exploring when you are facing something for the first time.

In fact, this way of mind-bending has always been the classic argument for the value of traveling to new and different places.  When you’re a stranger in a strange land and you are looking at things you have never seen before, it’s likely that the strangeness will trigger in you other ways of thinking.

What’s harder is approaching the familiar as if you are looking at it for the first time, seeing the strange in the ordinary and the everyday, or seeing connections that are currently obscured by the assumptions you’ve already made or the ways you’ve already been taught to see things.

GETTING TO YOUR OWN VALUES

Perhaps Un-Seeing could even lead to developing your own thoughts about what has value for you.

Here’s a YouTube video by Akshita Agarwal explaining the paradox of value, as illustrated by animator Qa’ed Mai and scripted by Alex Gendler.

TED-Ed Original lessons are part of the TED youth and education initiative, an award-winning platform that presents ideas for teachers and young people.   People with ideas are encouraged to use it to make their own lessons.  (See the full lesson by clicking HERE.)

If you will stop and look at your reactions to the various situations you encounter, it’s likely you’ll be able to see the emotions and the assumptions you hold that cause such reactions to occur.  Questions you  might like to ponder are these:

Questioning your default settings is a valuable exercise that may produce other, new-to-you ways of seeing.  In order to explore these new thoughts, however, you will have to let go of your old way of standing.

One great way to challenge the calcified old thought-patterns is to write out poems with your non-dominant hand.  (If you’re right-handed, use your left hand to write a poem about some thought pattern you are challenging.  If you’re left-handed, use your right hand.  If you’re ambidextrous, maybe you have to try doing mirror-writing like Leonardo da Vinci.)

The poems that result from using your non-dominant hand to write them out by pencil or pen can be surprisingly different from your everyday regular way of thinking.

CHECK IT OUT WITH A FRIEND

Another way to expand your repertoire of thought patternings is to talk it over with a friend.  Be curious.  Empathize.  Check out another person’s beliefs and viewpoints to see what’s under there.

Perhaps there will be viewpoints that make more sense to you than the thinks you usually think.

If nothing else, you will at least get a good conversation going with someone and, perhaps, make some sort of connection between you.

Sometimes rubbing together two truths could produce a whole other way of seeing that might lead to new ways of thinking.  It’s sort of like rubbing two sticks together to make a fire.

One natural progression brought on by rubbing together two equal and opposite truths is this:

Think about it.  It’s how new hypotheses are formed and how new business deals (and art and poetry and all kinds of gadgetry) are made when you can make a new construct that’s built on the tension between two or more very different ideas.

ANOTHER WAY OF MAKING

One iteration of this “Un-seeing” concept is a mindset that Dr. Simone Ahuja, the founder of Blood Orange, a marketing and strategy advisory consulting company with partners all over the world, developed.

In her YouTube video:  Scarcity Reframed is Abundance, Ahuja explains about jugaad, a Hindi –Punjab word that basically translates as “hack” — a cheap and flexible approach to innovation that has been used to good effect in developing countries like India, China, Russia, and Brazil where there’s a lack of funding and research-and-development resources and scarcity is the norm.

According to the authors, the six principles of jugaad are these:

Hmmm…following these principles sounds like a good blueprint for a do-it-yourself sort of life, it seems to me.

The World closes in again.

It always does when people dream dreams

And one set of wishes and hopes

Bumps and thuds into another.

The night of becoming,

A cannonade of possibility,

Chaos is unleashed as you stand there

Wondering what’s going to blow up next.

All around you, holding hands,

And you’ve got to break on through

To the other side without getting captured.

Feinting left, dodging right, bobbing up and down,

Making a run for it….

Slipping and sliding, squirming in, squeezing through.

When the only dream you have is

Floating down a lazy, wide river on

A barge made of recycled treasures

Nobody else seems to want…