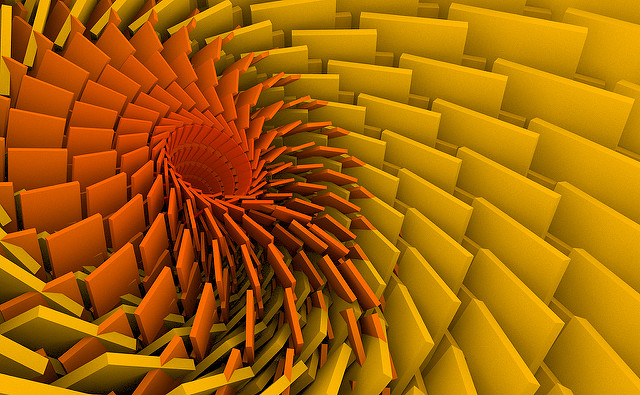 I don’t know.  Maybe I am misunderstanding this new-to-me concept of “pivots,” as applied to making business moves and such.  They seem to be telling me:  You don’t like the way things are unfolding?  Fine.  Turn around.  Go sideways.  Move that booty.  Yuh-huh!

The pivot, as applied to businesses, was an idea that apparently gained traction after Eric Reis’s book, “THE LEAN STARTUP:  How Today’s Entrepreneurs Use Continuous Innovation to Create Radically Successful Business” hit the entrepreneurial bookshelves in 2011.

Maybe I’m reading it wrong, but the Lean Startup thing seems to start with the premise that it’s a good thing to cobble together a prototype of a half-baked idea that’s “new and different” and offer it up first and fast with the intention of getting the product, service or other offering to Good on the fly.  Hmmm….

Apparently, this methodology is supposed to be a less expensive and more efficient way to gather relevant feedback from potential customers and measure the specific tastes, desires, and purported wants and needs of early-adopter buyers and others who come after as you churn out assorted re-iterations of your product or whatever.

Walking this way, they say, you’ll be all set to tailor your product, service, or business model to meet your customers’ needs and fulfill their wishes better.

The “pivot” is a particular mindset that’s part and parcel of this Lean Startup thing.  You’re supposed to stand at the ready to tweak, twiddle, and change the components and structure of your infant business – the products you sell, how you sell them, the way you communicate with and serve your clients and customers, the way you use your resources, and so on and so forth — in order to capture more and more business.

Really, it doesn’t sound like a bad idea.  I’m just trying to figure out why it does not resonate with me.

IS IT BECAUSE OF THAT DANCE THING?

Maybe my problem with this whole pivot thing comes from my knowing dancers and martial artists who use another sort of pivot step.

That one is modeled in the following YouTube Jazz Dance video “How to Pivot Turn” (published in 2012 by Howcast).  In it, director and dance choreographer Liz Piccoli shows you how to do a pivot step.

(Note that the step Piccoli is showing is labeled as a “beginner jazz dance move.”)

Maybe I’m stuck because I’m having a hard time getting away from using this beginner-baby dance step as a metaphor for the how that the guys who tell you such things say you (as a hard-charging, savvy, and All-That entrepreneur or other business-leader) can make changes to the way you do whatever it is that you do.

It does seem to me that if doing business is a dance, then there’s got to be more to it than just doing the pivot this way and that until you get the walk “right” (according to your audience)…even with the added body-English.  Doing the pivot step over and over and over looks like “twirling around.”  To me, it just seems like a good way to get dizzy.

US CREATIVES DON’T DO IT LIKE THAT…OR DO WE?

Maybe my problem with the thing is the whole engineering-world, feature-creature taste of it all.  Frankly, getting feedback from assorted others as you’re building your vision sounds wrong-headed to me.

Wanna-be Creatives have always been exhorted to “find your own voice.”  Expressing your own self and being “original” is supposed to be the end-all and be-all of the Creative gig.  “Authenticity” and being “genuine” is a basic tenet of Creator-hood, it seems to me.

As a Creative hopeful, you start from the belief that the “meaning” of your work is all bound up in you – how you see and feel things and your own conclusions about why the World is as it is.  Your Job Number One is, basically, figuring out where you stand and why.

F’r real, it is confusing and frustrating work.  It’s all about slog, slog, slog, and wandering around in heavy fog.

Looking for feedback too early in your process is likely to keep you from finding your own voice.  My own thought on it all is if you’re going to do all that hard work in the first place, what’s the point of speaking with anybody else’s voice?

As you develop your own voice and your own vision, you’ll be moved to send out “reports” from that place that is unique to you.  This could result in any number of “products” – pictures, sculptures, pots, performances, books, poems, songs, Rube Goldberg-y inventions, whatever.

With them you are trying to reach out to everybody else, using whatever skillful means you’ve developed, to produce a body of work that allows others to see the world as you do.  Your purpose in all of that is to get them to buy into that vision you’re sharing.

(The deal is, if enough of these folks buy something you’ve made, you can keep on doing what you do.)

Of course, none of this necessarily means that your vision or your work will mobilize and move the world to do anything other than what it is already doing.

THAT is when feedback comes in handy.  Asking for feedback from other folks and being open to suggestions can help you in a lot of different ways.

Some things will work.  Others will not.  You’ll keep doing the things that work and maybe you’ll try other, new things as well to get your work into the hands of your supporters.

Instead of pivoting willy-nilly, you’ll use the vision you’ve developed and ride herd on it as you test and try out other people’s suggestions that help it evolve.  You’ll use your own vision to make sure that everything you do – your work and the marketing of it — aligns with the direction you are wanting to go.

PIVOTS AS THE WAY BACK

I do think, however, that sometimes you as a Creative may find the pivot is useful for getting back to the vision and voice you’ve already developed.  When you have gone off-course, it may be the only way to get back to moving in the direction you want to go.

My own favorite example of a pivot of that kind is the one made by a long-distance solo sailing legend, Bernard Moitessier (1925 – 1994).   He was inducted into the Single-Handed Sailors’ Hall of Fame in 1988 for his life achievements, but he is most famous for NOT finishing a race.

In 1969, the British Sunday Times sponsored the first international Golden Globe yacht race.   The fastest single-hander sailor to complete a non-stop circumnavigation of the world stood to win £5,000 (the equivalent of £82,500 nowadays).

The Golden Globe trophy, also sponsored by the Sunday Times, would be awarded to the first solo circumnavigator to do the round-the-world voyage.

Notoriety, adulation, and fame was expected to follow in the wake of both of these awards.  Book deals, speaking engagements, endorsements, sponsorships and the rest were bound to follow.

Moitessier, who was already a sailing legend as well as a noted author, had planned his own world-circling voyage on his custom-built 39-foot steel ketch “Joshua” before the race was organized.

The timing of his around-the-world trip coincided with the newspaper-sponsored race which was apparently structured to automatically include all of the sailors who were attempting to sail single-handed around the world that year.

The sponsors of the race prevailed on Moitessier to participate in the race and he reluctantly agreed even though he made it clear that he felt that doing so was somehow compromising what he considered his special relationship with the sea.

Moitessier was on the last leg of his circumnavigating journey and many say he would have won the Golden Globe race as both first and fastest if he had finished his trip.  Instead, he changed his vessel’s course and continued sailing eastward.

He ended up completing a one-and-a-half circumnavigation of the world which took him around Cape Horn (again) and on to Tahiti.  It took him 301 days to complete the voyage.  In doing so, he broke the world record for the most miles sailed solo non-stop.

Meanwhile, another legendary yachtsman, Sir Robin Knox-Johnston, became the first winner of the Golden Globe race, which celebrated its 50th anniversary in the summer of 2019.   Sir Robin’s voyage took  a “stately” 312 days.

Moitessier wrote a note to the London Sunday Times when he turned away from winning the race.  He delivered the note by slingshot onto a passing ship.

In the note he said, “My intention is to continue the voyage, still nonstop, toward the Pacific Islands….I am continuing nonstop because I am happy at sea, and perhaps because I want to save my soul.”

His book, THE LONG WAY, chronicled his 301-day voyage.  It sold very well.

This YouTube video, uploaded in 2011 by GMGB68, features images taken by Moitessier himself during his nonstop solo voyage around the world.

I figured out something:

I want to see everything there is to see.

I move slowly, with caution,

Of the wild beasts and other things,

Finding the paths they walk,

Following to where they lead me.

I glide softly through the bushes,

I stop and listen to the sounds around me.

Let them touch me, let them flow.

My breath is deep; it fills my belly.

I move with no thought, no expectations.

What am I stalking?

There is something waiting for me

When I have traveled full circle,

Perhaps I shall see what it is.

12 thoughts on “THE TROUBLE WITH PIVOTS”