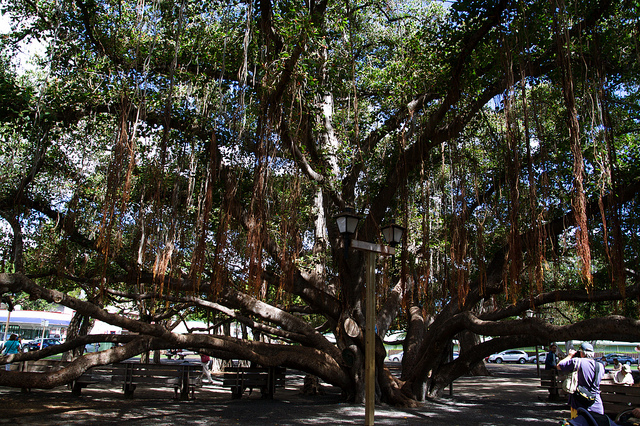 It’s happening again.  This is the 18th year that the annual statewide Dr. Martin Luther King Jr. Peace Poetry contest will be organized by volunteer teachers, writers and artists who call themselves “The International Peace Poem Project.”  Small donations keep them alive.

Almost every school in Hawaii is invited to participate in the contest and there is no entry fee.  Every student winner in the contest from each class gets a certificate of honor and a prize for their winning poem during spring ceremonies on Oahu, Maui, Kauai, the Big Island (Hawaii) and Molokai.

Last year more than 2,000 students in Hawaii entered the contest and hundreds of them were recognized at ceremonies held in auditoriums statewide.  In past years other schools throughout the United States have taken on the Peace Poem as a class project.

The seed for this Maui-based Project was planted in 1996 when three friends Melinda Gohn, Frank Rich (aka Wide Garcia) and the late Lawrence Hill, who had started the Maui Live Poets Society, began compiling what they called “The Peace Poem.”

The idea was to get people from all over the world to contribute lines to the poem until it became the world’s longest poem about peace.   A six year-old girl, Libby Barker, contributed the first two lines:

“Peace means everyone loving everyone else

And we are all part of one world.”

The group has been collecting lines for the poem ever since.

The poem is hand-written by many, many hands on a scroll constructed of rag paper sheets and other papers.  (In those early years, the group considered and rejected the option of collecting the lines over the Internet.  It felt more real to have the lines laid down by all those hands.)

At every Live Poets gathering the people in attendance are still being asked to contribute their lines.  People who visit the islands and people who live here have been tapped to write a couple of lines.

The group has taken the poem into churches to collect lines from the congregations.  They’ve gone into prisons to get lines from the inmates in lockdown.  Contributors represent all ages, social strata and religious beliefs.

The youngest donor was a 3-year-old girl whose 7-year-old sister wrote her words, “Peace is seeing a baby’s smile.”  The oldest known contributor was a 93-year-old Maui poet.

Poetry was collected from China, Vietnam and Greece, and poetry scrolls circulated through England and Switzerland.  The poem’s mission was translated into Spanish and was sent to international Spanish-speaking organizations.  About this last, Gohn said, “There is so much unrest in South America. It’s a perfect place for the poem.”

“It’s very powerful,” Gohn says. “As soon as I bring up the Peace Poem, immediately we’re dealing on a high level. All the other stuff falls away.”

As she points out, “Everyone has a common desire for peace.”

In more recent years, the poem has gone (sort of) digital.  Anyone who wants to can contribute their two lines about peace to the poem by downloading the group’s Peace Poem Scroll Page, copying the thing onto an 8-1/2″ x 11″ sheet of paper and get friends, fans and other fellows to write their lines as well.  The sheet can then be mailed to Peace Poem, P.O. Box 102, Lahaina, HI, USA 96761.

By September 19, 2000, the poem had more than 15,000 lines that had been penned by people from over 120 countries.  On that day the poem was symbolically presented to the United Nations during its Millenium Peace Day celebration.  (Today, the poem has grown to over 160,000 lines.)

That was an exciting day for Melinda and Wide, who traveled to New York for the Millenium Peace Day, and made the presentation along with another member of the Project Allen Lewis.

Melinda recited poetry before a panel including the UN President Harry Holkieri and dignitaries from the UN General Assembly.   She told the assembled world leaders, “The project has been a voice for people of the world to express their hope for peace. Let us hope world leaders will listen and work toward nonviolent solutions.”

Fifteen-year-old Maeh-ki (Red-Sky) El-Issa (the tall guy sharing her microphone) read a peace poem written by Mother Teresa in honor of his late mother, Ingrid Washinawatok, who was killed on March 4, 1999, when she was on a cultural education mission to Colombia.  Allen and Wide hold up a part of the Peace Poem Scroll.

The presentation of the poem to the UN was the accomplishment of a goal set when the friends began the poem four years before.

START OF THE PROJECT

However, that event was not the end of the poem.  Instead, a new chapter in the story began when Melinda and her friends organized the Dr. Martin Luther King Jr. Peace Poetry contest and opened it to elementary school students from all over the state.  The organization even put together poetry lesson plans and suggestions for the teachers at its website, www.peacepoem.org.

Students from schools on all of the islands are invited to enter the contest.  The young poets vie for prizes and the winners are honored by island mayors or state officials at a school assembly and presented with Certificates of Honor and assorted prizes furnished by the Peace Poem organization.

Each of the student poems are a maximum of  twenty lines and “can be about any kind of peace.”  All of these poems are added to the Peace Poem scroll which continues to grow.

“In honor of these peace and nonviolence principles which have played a vibrant role in Hawaiian culture—and in particular the Hawaiian Renaissance—we encourage Hawaii students to contribute their poems to the contest and the International Peace Poem. ”

Every year now  thousands of students have participated in this statewide event.  Other schools throughout the United States take on the peace poem as a class project.

Foster joy in the World.

Foster peace in the World.

Foster freedom from suffering in the World.

And may the heartsong of the Universe

Join all of our songs

And spread through all the realms.

6 thoughts on “THE PEACE POEM”