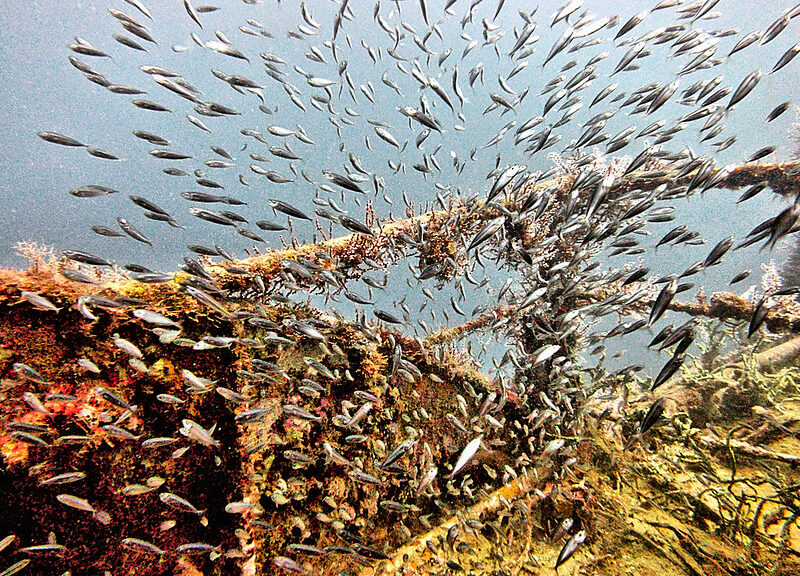 Urgency, the repeated hammering on the direness of some situation or other that absolutely requires your personal immediate attention (or else), has become the go-to stance for so many of the professional and amateur persuaders in our lives these days.

They tell us that urgency is different than panic.  Panic is a freak-out.  You run around like a chicken without a head, not knowing where you are going, bumping into things and falling down a lot.

The proper response to urgency, they tell us, is supposed to be purposeful action, perseverance, and an empowered determination.

LET’S LOOK AT THE REAL

You can get a major dose of urgency about every issue there ever was every time you tune in to the various information channels and assorted media outlets – on the Internet, on television and the radio, and on the printed page.  Continuous wake-up calls are sounding all around us.

You get them in casual conversations and serious discussions with the logic bullies and the passionately opinionated people in your life.  Even your own Inner Crusader Rabbit is likely to have a go at you on any given day.

I stumbled across this cute YouTube video that is the first episode of “Crusader Rabbit,” the very first animated series produced specifically for television.  The show starred a most idealistic little fixer-rabbit with big dreams and his sidekick Ragland T. Tiger (a.k.a. “Rags.”)

The pair made their debut in 1950 and the series ran for 195 episodes until 1951.  The cartoon animation was created by Alexander Anderson and the show was put together by Jay Ward who went on later to create the long-running “The Rocky and Bullwinkle Show.”

The video was uploaded by candolex in 2006.

Back to the diatribe….

On top of all of the dizzy-making doom-mongering, there are also the mind-games marketers play to get you to pull out your wallet and buy, buy, buy.  The games push buttons that trigger another sort of urgency — the possibility of missing out on something rare and really good unless you act now, now, now.

At the end of the day on a steady diet of all this urgency, alarms and gotta-gotta do’s, is it any wonder you might end up walking around like a numbed-out zombie, unsure of where you are and what you’re doing?

When everything is urgent, all the spazzing about it drowns out thoughts of what you yourself value and hold dear.  How many purposeful and effective actions are you really going to be able to make in response to all of this when you can’t get two ideas to hang together right in your head?

There are, of course, actual emergencies, serious risks and persistent negative circumstances that do need to be addressed.  Ignore the fire alarm and you might get burned.

There is also no shortage of inequities, injustices and suffering in the world that do need our attention.  The who, how, what, and when that is needed to mitigate these situations are all open to endless, mind-boggling, time-wasting debates.

You can get lost in the discussions rather than just getting on and doing what you can to help.

Not only that, but there are as many worst-case disaster scenarios as there are people in the world with an active and fearsome imagination.  “What-If” can be reframed into a door to awesome possibility or it can be turned into a huge, double-edged sword of fear.

WHAT DO YOU DO WHEN IT GETS TO BE TOO MUCH?

The ever-growing pile of accumulating urgencies has grown huge and it seems to be having a deleterious effect on us humans who are living in them.  What do you do when you and everybody else around you are heading into a major case of overwhelm?

I know this is going to look sort of weird, but it seems to me that this 2019 National Geographic YouTube video, “’Zombie Parasite Takes Over Insects Through Mind Control” is an analog for the way all the accumulated mass of “urgency” live-streaming through our lives affect us.

The musings and blatherings of the urgency mongers seem to me to be like the spores of the featured parasitic cordyceps fungi that take down ants and other insects in order to reproduce.

All the endless Urgents piled up all around us and on top of us seem to be having a similar effect on us humans as the growing spores of the fungi have on the ant in the video.  We seem to be turning into vehicles for the Urgents that are conquering the world.

This is not a happy picture.

The ancients faced a heck of a lot of turmoil in their day and all of the wise guys made pronouncements and gave advice about the best ways to handle that.  Philosophers through the ages also have all kinds of life-hacks for dealing with the rough and tough tumbles of the times.

These days we’ve even got scientists and other guys and gals in lab coats studying resilience and other responses to rapidly moving change and lots and lots more advice about coping with the anxieties these transitions and transformations engender.

The biggest bit of advice common among all of these wise guys and smarty pants boil down to the same basic things:

One particularly lovely book about standing back and assessing where you are so you can make effective responses to all the sturm und drang came out in 2019.  Jenny Odell’s best selling book HOW TO DO NOTHING:  Resisting the Attention Economy reminds us that we do already know what we need to do in times like these.

Odell is a multi-disciplinary artist, writer and educator based in Oakland, California.  She has taught Internet art and real-world design at Standford University since 2013.  One commenter says the lady’s fascinated by the in-between transitional spaces that happen in our everyday lives when things really start to change all around us.

Her book shares her thoughts about her own journeys through these spaces and she brings her artist’s eye and thoughts and feelings upfront and center so we can put together our own takes on whatever is going on around us.

As Odell reminds us, we just have to stop spinning around in the middle of the hurricane-force winds and all the rain and floods and flying debris, find some shelter, and give ourselves some time and space to think and make up new plans and create new roadmaps.

Here’s a newsflash for you:  Plans don’t come easy in the middle of a hurricane.  You can’t control the weather, but you do have the ability to control your responses to it if you can get yourself away from all the whoot-whoot-whoot blaring and the images brought to you by your friendly neighborhood doom-sayers.

Odell’s book might be a good place to start to work on making the space you need to get to your own kind of strategic planning.

ANOTHER IPS (Inner Peace Symptom):  an understanding that the tumult and turmoil of an “urgent” situation may actually be somebody else’s attempt to rearrange your priority list or it might be a filler story for a No-Big-News day.  [Step back and look at the whole glorious mess in all of its nuance and emotional hoo-hah.  Give yourself room to think on the best way to maintain your own smooth running.]

Revving up their steam-roller engines

That scream out challenges, strong and fierce,

As each one stakes out their territory.

Blare of trumpets, beat of drums

Cue the skirling of the pipes.

Start the thrill of fifes.

They are not noticing the collateral damage

In their fierce drive for victory –

One over the other.

They do not see her distress,

Too caught up in their own imperatives

And “shoulds” and “musts” to see the gentle one

Melting in the rain.

It makes me strong, that –

Me in the middle of these titans with

I keep my sword sheathed, though.

Swords don’t help in the middle of

Threats and counter-threats of

Weapons of mass destruction being deployed.

She has turned into a puddle of tears,

And my heart goes out to her.

This other stuff’s just rubbish:

A fire-fight between two passionate ones

With exactly the same goal,

Arguing about how to get there and

Throwing their armies behind their words.

I am seeing her trying to understand,

Trying to grab and hold onto

The peaceable harmony the warring beasts

Have thrown out the window with

All their stupid shouting.

I roar my own self,

Backing the titans off each other in shock,

And I drop to my knees and hold her strong

So she can bring herself back

Out of the hopelessness and despair

Into which she has fallen.

She is so strong, this one.

She just needs a stopping place,

A little time and space to pull herself

And as the useless battle-idiocy subsides,

I am pleased that I can see her

Coming back to herself.

The battle will end,

But she is not broken.

When they are in the middle of

All their guts-and-glory puissant posturing

That there are gentle ones crying in their storm.

2 thoughts on “STEP BACK FROM THE URGENCY (Another IPS)”