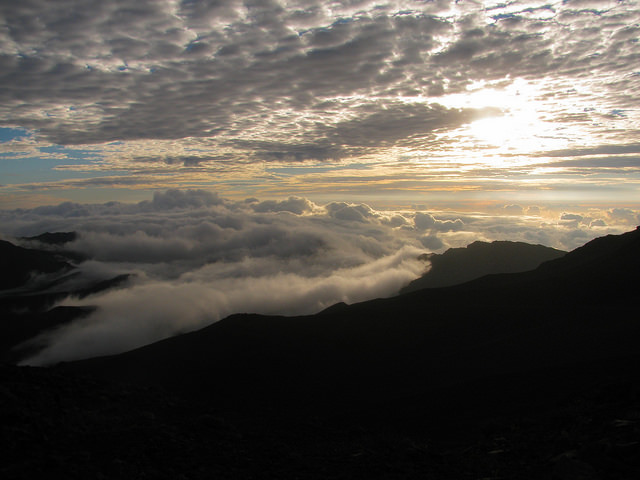 Another IPS (Inner Peace Symptom):  an understanding that generosity is not a down-payment on love.  [Generosity is spill-over when you’re feeling full.]

I am reading a book, LOVE LET GO:  Radical Generosity for the Real World, by Laura Sumner Truax and Amalya Campbell.  It is a story about an amazing church congregation in Chicago, the LaSalle Street Church, who received a totally unexpected windfall:  a check for $1,530,116.78.

The check represented the church’s share of proceeds from the sale of an urban property that they had bought in the 1970s with three other churches.  The land had been used for a desperately needed low-income housing project in the neighborhood, Atrium Village, which had served the purpose for more than 25 years.

The church’s heartful investment had been returned…in spades.

This 2017 YouTube video of a “100 Huntley Street” interview with pastor Laura Sumner Truax, one of the authors of the book, is a kind of a teaser for the book.

As Truax says, the church leaders made a wild, counter-intuitive move that changed the game on a clear day in September, 2014.  The leaders used ten percent of the windfall money to tithe back to the church members.  Each church member received a $500 check with the injunction to go out and do good in God’s world.

The leadership of the church also encouraged the members to participating in the effort to study and pray on how they were going to allocate the rest of the windfall funds, the “Big Money.”  More than half of the congregation spent nine months on the project.

The book tells the story of what happened and what the people involved in this exploration learned as a result.  It was and remains an ever-evolving, extraordinary process and journey, one that makes my heart smile.

LaSalle Street Church was built in 1886 in the near north side of Chicago by Swedish immigrants who never once worshipped in it.  The congregation had been left bankrupt by the effort of its construction.

Its history of hard luck and scarcity continued throughout the church’s long history of involvement with a community that is diverse and sometimes volatile.  One of the primary principles the church has always held to is this:  Giving is better than receiving.

They really did walk their talk even though most of the time the church was, like their neighbors, “just getting by.”

Giving didn’t change the church’s financial circumstances but it did change “the way LaSalle wore its scarcity,” as authors Laura Sumner Truax and Amalya Campbell lyrically puts it.  They did it with style and their acts of generosity were truly appreciated.

During the 1960s, when Chicago exploded in the violence and vitriol of the race riots, local youth protected the LaSalle Street Church from burning.  The angry young ones who were pressing for change remembered.  They protected the people who helped them through their hard times.

The church has always been a major light in the community.  Senior citizens who needed company and a meal, the kids looking for sanctuary and a safe place to go after school and residents who were caught up in a legal system they could not navigate all found what they needed at the church.

This video, which was put together by Faustino Productions in 2015, was published on YouTube by tinogon1942.  It shows the aftermath of the Chicago riots on the west side of Chicago after Martin Luther King’s assassination on April 4, 1968 as the Supreme’s “Stop In the Name of Love” plays.

In the late 1950s and early 1960s Chicago officials embraced the concept of urban renewal and started creating high-density, high-rise dwellings like Cabrini-Green and relocated people from the poorer parts of town to these new developments.  The joke going ’round then among the city residents was that the program would have been more aptly named “urban removal.”

In reaction to this government program, LaSalle Street Church’s senior pastor at the time, Bill Leslie, preached a commitment to turf.  La Salle stood at the edge of communities in transition.  On one side, some of the city’s neediest residents lived.  On the other side was some of the most expensive real estate in Chicago.

Leslie thought that the church could be a meeting place where everyone was welcomed.  He and his congregation of fifty-some members believed that at the bottom of it all the church was all about all of us people being in this old mess of a world all together.

The members who were better-off materially saw themselves in their poorer neighbors’ situation.  They understood the struggles and they also believed that they needed their neighbors as much as their neighbors needed them.   They looked for a way to help.

In this they were aided by local congressman Robert L. Thompson, an African-American who was also a long-time resident of the city.  Thompson worried over the impact of urban renewal on the thousands of his constituents who were facing displacement.

When Thompson was offered a bribe of ten thousand dollars to influence the award of the rights to the land occupied by the LaSalle’s row house neighbors, he refused.  Then he called Leslie.

Somehow the congregation found what they thought could be a solution to their neighbor’s problems.  There was a plot of land for sale that sat to the west of the church, juxtaposed against the homes of high society to the east.  It was big enough and near enough for a housing development to which their neighbors could relocate and still be neighbors.

Over the next two months Leslie rallied LaSalle and several other churches to invest one thousand dollars each in a campaign to secure the land rights.  (When you consider that Leslie’s own salary hovered around three thousand dollars at the time, it was a goodly sum of money back then.)

The housing project that grew there, Atrium Village, was the first housing development in the country to be financed and constructed by state, private and church funding.  It took years for all the players to finally agree to the vision of a truly diverse project:  50 percent black and 50 percent white; 50 percent market-rate and 50 percent under-market rate rents.

The first apartment tower was dominated by a nine-story open atrium.  That atrium gave the “village” its name and it lessened a significant fear factor.  The central atrium left no dark hallways in the building.  Light flooded in.

Also, there were glass elevators that allowed light and visibility and the courtyard area around the buildings provided safe places for children to play.

Atrium Village opened to a flood of three thousand applicants.  It became a solid anchor in the community and was a testing ground for finding the best practices for community-based housing.

It was also the first of three building projects the church undertook in the neighborhood, all of which focused on building community engagement among people who were different from one another.

The other two were a building for senior housing and another for a legal-aid clinic.

In the early 2000s, almost 25 years after Atrium opened its doors, La Salle got word that the primary investor in the development wanted to sell its interest.  The restrictive covenants on Atrium would soon expire without possibility of renewal.

The city was in the process of demolishing Cabrini-Green, the public-housing complex of 30-story buildings that had been a long-time neighborhood fixture.

The new model for government thinking on the public-housing problem was dubbed “scattered site” housing.  Instead of monolithic structures, the vision now was lower-density, low-rise units that served a diverse population – exactly the vision that the people who made Atrium Village happen advocated.

The times they were a-changing…again.

Even though the churches who initiated the Atrium Village project represented only a 15 percent interest in the property, as a voting bloc, they could stop the sale of the property.  Two of the partner churches faced almost certain closure by their denominations because their memberships had dwindled down to mere handfuls.

The church memberships had watched the Cabrini-Green towers come down, knowing that the retail developers were also watching it happen.  Condominiums that cost upwards of half a million dollars were being planned.

The churches, all of whom were like LaSalle and framed their ministry on being bridge churches, understood that their neighborhoods were changing.  They finally reached an agreement to sell their interest while negotiating hard for more units set aside for the working poor.

They were supported in this intention by the Chicago city tax assessor, their local alderman, and various community groups.  Any redevelopment plan would be required to have 20 percent of its units available at below-market rate.

THE REST OF THE STORY….

You’ll have to read the book to get the rest of the story.

An interesting history of the church building and the neighborhood provides a glimpse at the background for this story.  Here’s the YouTube video, “130 Years – History of the LaSalle Street Church Sanctuary Building,” which was put together and published by the church in 2016.