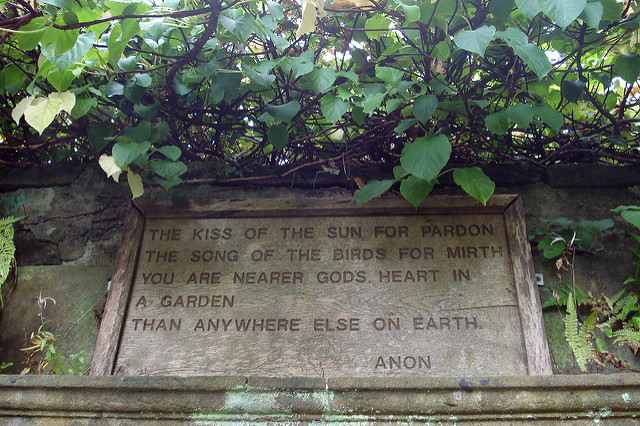 Ever since people started talking to one another, they’ve explored the power of words.  The power of LOGOS (the Word) has been the fundamental foundation for building a religion, a culture, a movement, a life.

A MOST EFFECTIVE PUNISHMENT

Remember the Biblical Tower of Babel?  According to the story, the people on earth got together and decided to build this great tower that would reach into Heaven itself.  They figured they could be like little gods if they did that.

They were planning to invade and trespass into God-country.  The Big Guy got mad that they even dared to make that attempt.

So, how did the Dude punish them?  He made it so they began to speak in all kinds of different languages.

All of a sudden, there was a major obstacle to collaboration and cooperation.  You can’t work together if you don’t understand what the other person is saying.

The project was abandoned.

Of course, that also meant that folks had a harder time just living together peacefully, but that’s another story….

Poems are an especially powerful form of word-use.  Poets distill their thoughts down to their essence, throwing away all the parts that interfere with their dance with the words.

Have you ever tried opening one of those teeny bottles of essential rose oil?  Wow!  One sniff and your nose transports you into the best enclosed rose garden there ever was.

POEMS AS A BUSINESS TOOL

In this 2013 TEDxMarin video, “The Power of Poetry”, leadership coach and teacher Dale Biron, who combines poetry with martial arts, leadership, and life-strategy, in his speaking, coaching and workshop sessions for business conferences, organizational retreats and university classes, talks about how great poems are like powerful “apps” for the mind.

Biron says poems can be “good stories with the boring parts removed.”  He believes in the power of poems to get you to a life worth living.

The Project, it says here, is “a national movement that celebrates youth self-expression through Spoken Word Poetry.”  They aspire to encourage young people to use Spoken Word Poetry as a tool “to explore and better understand their culture, their society, and ultimately themselves.”

When Kaye was still a student at Brown University, he participated in and eventually  became the coordinator for the college’s S.P.A.C.E. (Space in Prisons for the Arts and Creative Expression) prison initiative program.

(S.P.A.C.E. also facilitates workshops in the Providence Center, a residential recovery service provider located on the campus of the ACI.)

Kaye developed a keen appreciation for the power of poems during the time he taught weekly poetry workshops in maximum-security prisons.  In this TEDxFoggy Bottom video, “Poetry in Maximum Security Prison,” he talks about that time in his life and how it has influenced his life-direction.

Kaye’s journey has led him to venues all over the world from the Lincoln Center in New York City to the Malthouse Theater in Melbourne Australia.  His work has been viewed online over five million times and has been featured in media outlets ranging from National Public Radio to Al Jazeera America and Upworthy.com.

In 2011, Kaye published a well-received book of his poetry, A LIGHT BULB SYMPHONY.

One of Kaye’s favorite life high-points was being asked to perform alongside His Holiness The 14th Dalai Lama during the beloved teacher’s 80th birthday celebration at the 2015 Global Compassion Summit conference in Anaheim.

In my own life, poems have been my way to get back to clarity about a life-situation or about my own self.  Writing down and recording all the moving parts is like taking a step back from them so I can get a better handle on the whole mish-mash of chaos and confusion.

Sometimes, a hole opens up in the clouds and a light shines through.  Sometimes not.

This poem is not going well.

They fade, they float away.

They stumble around looking confused.

I let loose my Sergeant Major

Who growls at these clueless bo-bo recruits.

They keep stacking themselves this way, that way.

They keep falling over, all in a heap.

These words have forgotten how to weave, it seems.

They’ve lost the knack of bending and turning themselves

Into a shapeliness that lightly dances.

All they’re doing now is tripping all over themselves,

A touch of lyrical amnesia, perhaps,

Or maybe some versical repression.

They are limp, they are flawed.

They are a bunch of lazy bums!

Maybe I’ve stumbled upon a stash of leftover bits —

Neither highly expressive nor particularly rhythmical.