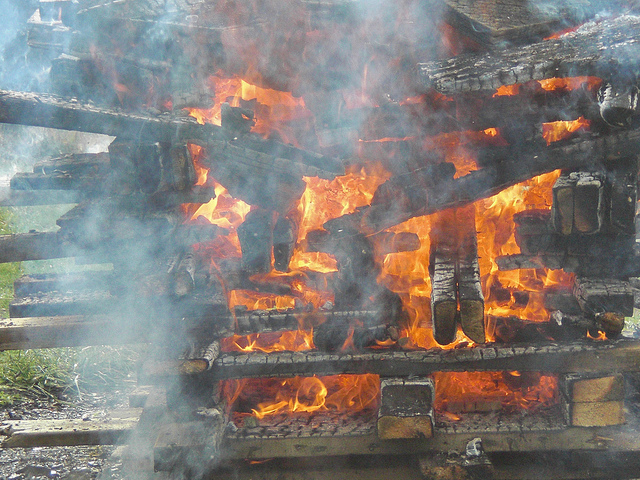 It is my contention that, basically, poems are piles of metaphors stacked on top of each other like those funny-looking block stacks in a Jenga! game, with holes for the bits you’ve left out (or have taken out) because they were not needed to transport your reader into some other point-of-view.

That juxtaposition of metaphors works because of ability of the mind of the listener or the reader to make connections between the images the poet offers up.  The audience that can hook the offered images together with other things from their own life experiences enhances the liveliness of the poetry.

The audience works as hard as the poet in making a poem come alive.  At our monthly Maui Live Poets meetings in Makawao the poets try to remember to thank the people who are “practicing their audience skills” and are disinclined to present their work.  It’s not easy being a good audience….

A NEW ORLEANS POEM-WALL OF HOPE

One brilliant way of making use of metaphors to build connection and community is a work by New Orleans artist Candy Chang, who turned an abandoned building in her neighborhood into a poem of sharing hopes and dreams.

In the fall of 2011, the artist and a bunch of friends painted one wall of the building using hearse-black blackboard paint.  Chang stenciled an incomplete phrase over and over on that wall:  “Before I die, I want to _________.”  Chalk was provided so passersby could write their thoughts.

The entire wall was covered with people’s answers overnight.  More of the walls were painted black and the question was repeated over and over and answered over and over by the hundreds of people who visited the site. The wall went viral.  It became an international phenomenon as other artists wanted to make wall-poems of hope for their own neighbors.

This YouTube video is a TED-talk by Chang (one of many) about the wall.  It was uploaded by SILYMEAN on March 27, 2015.  The poem still continues to grow….

Think about it.  How would YOU fill in that sentence?  What dreams and hopes lurk in the depths of you?  What do you want to do before you end?

The Wall became a catalyst for hope and connection because the audience collaborated in its becoming a reality.  Very private thoughts appeared boldly in a public place where everybody could see and touch and respond by maybe dredging up their own hopes and dreams to add to the space. The wall became a powerful thing with tremendous mana and meaning.

Every one of the answers to the question Chang asked was a metaphor, a distillation of one more life walking past the wall.  All together they made a stirring celebration of the connection of all the lives who touched that wall and the minds that reached out to touch each other.

In my own life, I’ve worked at thinking on death mostly because the impermanence of it all does tend to keep getting shoved in my face.  Everything with a beginning also has an ending.  A simple truth, but also one of the hardest of all to look at when it is your own death you are contemplating or the death of a person you love.

Wise guys say that learning to face your own ending with equanimity will go far in furthering your knowledge of how you want to live your life.  I am far from wise, but I do try to work on it.

Here’s a poem that I made during one of those practice sessions:

Somebody once said that probably

Was having the “right regrets.”

That got me thinking:

What are the RIGHT regrets?

When I come to die,

I am sure I shall regret not personally

Touching and tasting and seeing

More of this wondrous world of ours.

I won’t exchange it for the notion that

Someone I loved reached for me and I was gone….

Hestia rules me, I suppose,

To the people who wander through my life.

I will regret, instead, that some of them proved unworthy of me.

For walking in the ambiguity that is this World of Dust.

To catch the glimmer of the most righteous paths to walk.

I will not regret turning my unsure hands

With the less-than-perfect equipment I was issued.

I will never regret telling my truth,

Despite the fact that it was often misconstrued

By people who were not telling their own.

I will regret only not having eyes that see clearer

And ears that listen deeper.

I’m not sure whether these regrets are “right” or not.

But then, when I leave,

I doubt I’ll be carrying much baggage.

Please let me know your thoughts.  Leave a comment and we can talk story.

28 thoughts on “PILING ON THE METAPHORS”