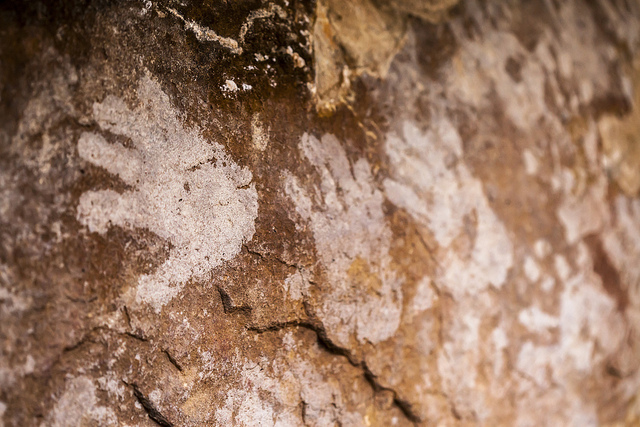 So you take a first step in the right direction.  That’s starting.  At the end of the day, however far you’ve gotten, you might stop at a hotel and rest.

And what happens the next morning?  Either you quit this silly project, decide you’d rather ride, or you start again…walking to Cleveland.

Up close and personal on this long walk, you’ll start to get the underlying idea after a while.  What you’ll figure out is that every step you take on this long-haul journey is a new beginning.

Every time you take another step you are reaffirming your commitment to your goal and you are making another start.  All the way to Cleveland.  (The trick, of course, is to keep going until you get there.)

But, doing the walk all by yourself can be a long and lonely trip.  A companion or two makes the journey much more fun.  A whole tribe could get downright lively on the road trip.

Entrepreneurial thought leader Seth Godin wrote a book, TRIBES:  We Need You to Lead Us, that talks about how tribes have formed down through the ages.  He shows you how to develop as a leader of one.

Any group of people can become a tribe.  Who knows, maybe you can grow your own and take them along on your journey.  This book could point you in the right direction.

IT’S MORE FUN WHEN THERE’S MORE THAN ONE

Another entrepreneur, Derek Sivers, is best known for being the founder and former president of CD Baby, the online CD store for independent music-makers.  He’s also well-known for a TED talk he did that went viral in 2010, “How To Start a Movement.”

During his talk he used a video of a guy in the crowd doing a silly dance at the 2009 Sasquatch Music Festival as a metaphor for his talking points.

The advice contained in the talk is not earth-shattering.  It is, in fact, a bit simplistic, but it did get people thinking about “lone-nut leaders” and how they get validation if they can attract the right guy to follow their lead.

It’s the “first-follower,” Sivers says, who actually shows the rest of the people how to follow and how to join in the fun.

Yanov takes the idea a little further in his talk.  He gives you three steps to get you off your duff:

If what you’re doing matters, waiting until everything’s just so isn’t going to make it start to happen any faster.

WHEN YOUR KOOL-AID’S BIGGER THAN YOU

There are so many directions you can take this.

If you find an “idea worth spreading,” as our TED-talk friends are wont to say, try asking whether  the idea has been spread as far as it can go.  Has its reach been hobbled by some external factor, perhaps?

Maybe the guy telling the message is a dork-head with zero people skills and his very important idea is getting trashed as a result.  Or maybe that great idea is buried in technical lingo and jargon that leaves everybody dizzy.

Can you help with that?

Can you use your communication skills and make something out of them that the general public can use?

Can you figure out everyday ways to use the seminal good idea to make other people’s lives better?

The framework you build on the one good big idea as you widen your circle of people who are believing in the big idea and helping to spread it and make it happen could become like a sunken ship off some shore that supports a whole colony of reef creatures.  The snorkeling could get good over time.

As an artist painter Brendan O’Connell has made a name for himself as “the Warhol of Wal-Mart.”  His paintings of the interiors of assorted Wal-Mart stores hang in museums and his art has been lauded by the New Yorker and appeared in the Colbert Report.

O’Connell’s latest works are pictures of branded products on grocery and supermarket shelves. Collectors and aficionados snap these up.   Grocery-cart candidates can be fine art, it seems.

However, O’Connell is more than just another artist with a gimmick.  He has long espoused the idea that creativity is a human birthright and that everyone can be creative.

With this in mind, O’Connell co-founded Everyartist, a non-profit social enterprise that’s bent on sparking creativity by promoting the act of art-making among children.

Here’s a video of one of the events, titled “Wal-Art, Bentonville, AR,” which was published in 2012.

O’Connell built himself a tribe and they started a movement.  They keep on doing good work.

The World and the Real:

It would be easy if

They just went off in

One going here, one there.

It can’t be that easy can it?

Some cosmic joker went and threw

Another loop into the equation,

With some pretty name.

Over and under and through,

Up and down and around,

No beginnngs, no ends that the eye can see.

The cords run parallel; they divide,

They make a beautiful whole.

But, how do you tell when

You’re looking for one and not for the other?

How do you know which way to step?

(Too bad they’re not color coded.)

The wise guys say if you’re looking for Real,

Here’s what you do:

Find the path that shatters,

The one that won’t console,

The one that isn’t some easy glide

Through the same-old, same-old.

Find the one that takes all of everything you’ve got

And shakes it up and rearranges it all

Into some new pattern

That you have never seen before.

Find the one that scares you,

That bright and sunny one that’s

So full of promise that it hurts

To even look at it.

Find the one that starts your fears revving

And makes you dizzy with the vertigo of

Standing next to some edge

Find the one that makes you tremble,

32 thoughts on “MORE FUN THAN ONE”