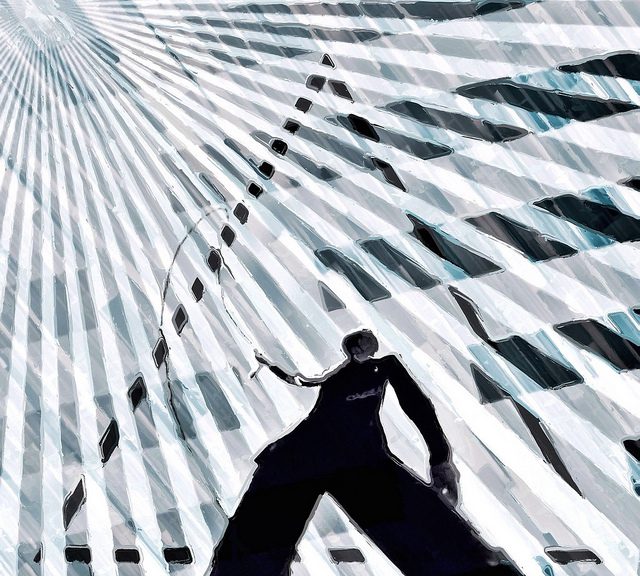 In these posts of mine, I talk a lot about mana.  It is a Hawaiian term for inherent personal energy.  Hawaiians thought that such personal energy was partly genetic  — certain families and lineages were believed to have more of it available to them than others — and partly the result of personal development.

On one level, according to Hawaiian thinking, the World is energy — flowing, flowing, flowing — energy interacting, and energy always moving.  The world as we know it is really just a space where energy flows.

One definition of “mana” is “personal power.”  Some people would call it “charisma” and, according to Hawaiians, it is an inherent part of every human.  Some people have bus-loads of mana.  Other people, not so much.

Here’s an interesting thing:   one executive coach whose clients include Fortune 500 company leaders, Olivia Fox Cabane, has made a career out of turning the findings of behavioral scientific studies into information about how people can develop more charisma.   She details these findings and tips in her 2012 book, THE CHARISMA MYTH:  How Anyone Can Master the Art and Science of Personal Charisma.

The following YouTube video by Between The Lines Animations is the first of two whiteboard animation book reviews of the book.  (The second part includes some exercises that help you develop more charisma.)

MANA FROM THE HEART

According to Hawaiians, the seat of this personal energy they call mana was thought to be in a person’s na’au (gut).  It flowed into the world through a person’s pu’uwai (heart).

This YouTube video by The HeartMath Institute, “The Heart’s Intuitive Intelligence” has an interesting take on the Universe and our connections to it and to each other.

[The HeartMath Institute is a group of scientists who are conducting research on the power of the heart, the heart/brain connection, heart intelligence and practical intuition.  The Institute views the universe as a large network of information that each person can tap into.  The video explains how every person’s heart contributes to this “collective field environment” of knowledge and wisdom.]

If nothing else, the video is a lovely starting point for thinking on how you affect the world and how it can affect you.

It’s impossible for you to see the whole picture because if you’re in the flow of the Universe-energy and there really are no limits to the power of it all, then you’re just too small to be able to get a clear overview of the whole thing.

You’re a fish swimming in an ocean.  (Fish probably don’t even know that they’re swimming in water.  It’s just there, all around them.)

The cool thing about this way of seeing the world is that there is an implied possibility of your being able to tap into the energy that is flowing all around you.

However, as with every other power-source or power-system, your tapping into the energy that is available to us in the world will probably have consequences and effects that may not be readily apparent.

Hawaiians say that if you are wanting to live a life with mana, it is better if your actions and your interactions with the world become a prayer and an offering.  Being careful to make the offering shiny honors the Creative and helps you keep the light on.

Otherwise, it is way easy to spiral down into the dark.

One of my own thoughts about all of this is that if you really are a conduit for the energy of the Universe, one of the appendages of a vast intelligence, then you’re pretty much obliged to make yourself a worthy vessel for the energy, aren’t you?  I mean, who wants to try to harness the power of the Universe using a sieve?

I forget where this exercise came from, but this head-game did produce some interesting results.  Here’s what you have to do:  Make a phrase about power and see where the thought leads you.

The one I chose for exploring this idea about being a conduit as well as a vessel for the Universal power is “All power comes through you.”

You might want to try doing the same exercise to see what you think about it.

ALL POWER COMES THROUGH YOU.  If the Universe is about energy and you are the vessel or conduit for that energy, then probably you’re like a rechargeable battery that is plugged into some appliance which is also you.  (Hmmm….sounds like you can be a perpetual motion machine when it’s put like that.)

The only thing that matters, it seems to me, is the meaning underpinning the way you use that available energy.

As a conduit the way you bend and direct the energy coming through you will probably stem from a choice you make.  That choice will be your chance to foster Light or to allow the Dark to swallow up the World.  Heavy thought!  You, too, can be Luke Skywalker.  Sheesh!

I then had the thought that personal power has to be filtered through the human heart, the pu’uwai.  Ignoring your heart in all this stuff can lead you down some very dark roads, it seems to me.

While a human heart sounds like a really puny thing, if the HeartMath guys are right and we’re actually connecting to the collective field with our hearts, then it makes sense to pay attention to the things.

ALL POWER COMES THROUGH YOU.  My original phrase for this exercise actually was:  “All power is within you.”  I changed it because I couldn’t help thinking that each person is a really small thing.

I couldn’t get my head around  how all the power in the Universe could possibly come from inside some teeny little thing like a human.

I think the thing you need to keep in mind as you play with this is that the energy, the mana, comes from the Universe/the Creative.  It’s not your power — any more than the energy stored in a battery “belongs” to the battery.

ALL POWER COMES THROUGH YOU.  The more free you are of restrictions and obstructions the easier the flow of power and energy through the conduit that is you.  This one needs more thinking on, it seems to me.

It sounds pretty spooky when you think about where “no limits” might lead you in this situation.  It may not be such a bad thing to have limits in place when you are dealing with unlimited power.

All kinds of people have studied how power flows.  The ancient Chinese philosophers who developed the I Ching oracular system counseled the world leaders they were advising about the need for developing self-control, autonomy, and responsibility.

The important thing, they seem to say, is recognizing how you hold the power and where you are directing it.

When you’re being an energy-conduit, they ask, what kind of conduit are you?  What are your motivations?  Where are you wanting the available energy to go?

When you are being an energy-vessel, how strong are you?   Are you impermeable or do you leak?

(There are many different books about the I Ching, which translates literally from the Chinese as “The Book of Change.”  One of my own favorites is THE I CHING WORKBOOK by R. L. Wing.  My copy is falling apart despite having been re-taped  together over and over again.  I keep the thing because I’ve made so many notes in it that it would be a major project to transcribe them all.)

ALL POWER COMES THROUGH YOU.  One of the consequences of that last thought about embracing limits is becoming aware of the need to develop an under-structure that is strong enough to HANDLE the flow of power.   Even enormous transformers get fried when too much electricity flows through them.  The I Ching can help with that one too.

Playing with power-thoughts can be an interesting exercise in creativity.  It does seem to expand your way of looking at the world, and, who knows?  Perhaps if it is done with the intention of helping to make the world a more harmonious place, then that could become more real as well….

Here’s a YouTube by asapScience, “The Scientific Power of Thought.”  It was put together by Mitchell Moffit and Gregory Brown and inspired by the book THE BRAIN THAT CHANGES ITSELF by Norman Doidge, M.D.

And here’s a poem that grew out of playing with the Power exercise.  It echoes with my own affinity for Tao-ish thinking.

Another paradox at the highest level:

Having power means not using it.

A vessel you become, a reservoir,

Containing the capability for total destruction,

Controlling all by your lonesome

The possibility of the Chaos-beast unleashed.

Then the chaos and the ugly and the beauty

Roiling around inside this vessel that is you

An elixir that pours out of this vessel

To nourish the Universe.

And, if that is your aim,

Then all your strength must be concentrated,

Focused down on making the vessel impervious to

The vagaries of the dream –-

To what the world will say or do

Or demand or ask.

And you will be a very scary creature

Of light and dark and blood and bone

And only one imperative:

To hold contained the power that is inside you intact

Until it can evolve into light that

Radiates out to transform the dream.

Picture Credit:  The Breath of God by DeeAshley via Flickr [CC BY-NC 2.0]