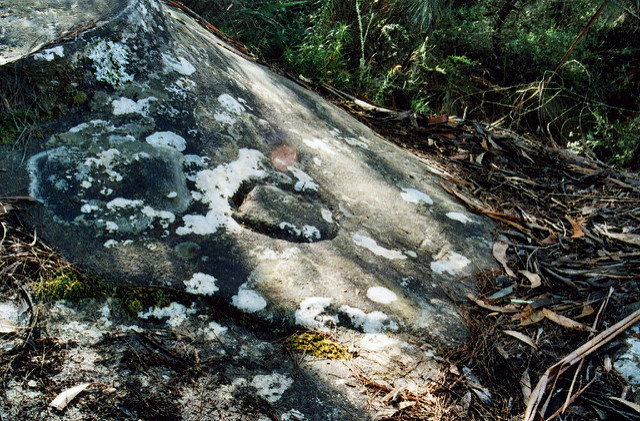 I am reading a book by a man I admire greatly, Edward Espe Brown.  He was the first head cook at the Tassajara Zen Mountain Center back in the 1960’s and later founded Greens Restaurant in San Francisco.

His earliest book, THE TASSAJARA BREAD BOOK is a classic.

More than one dear friend remembers their well-thumbed, flour-coated and oil-stained go-to copy of the book and the loveliness that flowed from their hands and the kitchens of their youth.

Brown’s latest work, NO RECIPE:  Cooking as Spiritual Practice, is a distillation of the wisdom he has gained after more than 50 years of feeding many people, of running large kitchens, and of following the path of Zen Buddhism as a monk, as a teacher, and as a philosopher.

I devoured it in one big gulp and am re-reading it slowly and picking out the best parts to savor.  It will undoubtedly have a place on my bookshelf for a long time…just so I can dip into it again.

The following YouTube video, “Awaken In the Sacred Space” was published in 2018 by the publisher Sounds True just after the book came out.

YOU START WITH YOURSELF

Brown’s root teacher was Shunryu Suzuki Rōshi who was the Sōtō Zen monk and teacher who helped popularize Zen Buddhism in the United States and who founded the first Buddhist monastery outside Asia.

One of my favorite Suzuki Rōshi videos is this one “Sandokai – Sound and Noise,” posted by semillas de bambu in 2007.  It gives you a glimpse of the man and the way he talked and how he thought.

In a 2013 interview for a blog post put up by the San Francisco Zen Center, Brown pointed out, “I still appreciate Suzuki Rōshi saying, ‘When you are you, Zen is Zen.’ He didn’t say when you get to be Zen enough, then you’ll have really gotten somewhere. So much of Suzuki Rōshi’s way was to find out what’s appropriate for the occasion and what works for people.”

It is that practicality – connecting the sacred to the ordinary and grounding it there — that shines throughout Brown’s book.  It takes your head and your heart away into a peaceful place.

MUSINGS ON MAKING THE ORDINARY SACRED

As I was thinking on what to share with you in this post and shuffling through notes and jottings and other stuff, I rediscovered an old bit of writing from when I was focusing on developing a “manifesto” – promises to myself of how I wanted to proceed with my life.

I thought I’d share this thing with you.  Maybe you’ll find something useful in it.  (I know I still have a grand time playing with it.)

One of the choices I delineated for myself was this one: “I make and maintain room in my life to make the ordinary sacred.”

In order to do this, I figured that I had to do the following:

Without the time to play, it all sort of mooshes into “gotta, gotta, gotta,” and it starts feeling like one giant treadmill.   Somehow, I can’t feature hamsters being real into “sacred.”

When I have spaces built in where I can play with making a Little Something out of the Big Nothing, then I start feeling like I can stop to appreciate all the wonder there really is in the world.

This is a great space to be in when you’re trying to make it all sacred.

Hard questions are like, “What am I doing be-bopping along here on this road to death?”  and “How am I making my space sparkly?” and “Why do I care whether so-and-so is a dorkhead?” and “What can I let go of now?” and “What do I want to keep now?” and so on and so forth.

Making rituals include things like lighting a bit of incense before I work on reconciling my checkbook so that I remember that I am working with the abundance in the universe that is flowing through my life.

It includes cleaning up the stack of the day’s dishes before going to bed so I wake up without leftover messes in my face.

It includes doing my ch’i kung routine every morning so that I feel the energy that’s out there flowing all around, just waiting for me to join in the dance.

It includes moving stuff around and checking out how the feng shui moves helped (or not) as I go through my day.

It includes writing quick notes to heart-people just because it feels good to have them in my life.

I always seem to get caught up in doing, doing, doing.  It is a cool thing to be able to stop and step back from it all and see where it is going.

If I can do that, it seems, that there’s automatically more space to do something that is heartful.

It also helps when I can step back and look at what I am doing and see where I can do it in a way that fosters more creativity.

I want open-ended avenues, not cul-de-sacs, I think.

I want mountain passes rather than ruts and grooves.

I want bridges rather than dead ends.

Part of that process is stopping every so often to see whether what I am doing is still useful or if I need to be doing some other thing.

There is so much power in the Word, but there is also power in the non-verbal.  I am working on that one a lot right now and seeing where that takes me.

Looking at the thing now, I can see it was still a lot of half-baked ideas.

I also see that through the years since I first wrote this thing, I’ve continued working on and developing these mind-constructs.  It’s turned out okay as I keep on working them through and I’ve been mostly pleased with the results.

The whole of this, I think, is the notion that the Creative IS what is sacred in the ordinary.

Being able to slap together a sandwich or a salad depends on having the space for the fixings and for making what you want to make.  That’s honoring and making room for the Creative.  Being able to dance to your heartsong means you’ve got to have the space to turn around and move your bootie.

And, it seems to me, the only way to get to the Creative is by embracing your own self and how you feel about the way the world is working as well as what you do to recognize and honor the Creative and the sacred in the ordinary.

The best part is this: I’ve found that the more I pursue finding the Creative and the sacred in the ordinary the more my life feels like a wondrous thing.

searching for what was then or what will later be,

but never, ever, what is Now.

take it as you choose….

Seekers are always in their Here,

they are always in their Now,

and that eclipses all the rest, ya know,

reveals the fool’s gold of their wanderlust lives and

sets them off…on the road again.

I daresay that’s why

Seekers track down some long-lost riddle

or pursue a thing that runs on ahead,

giggling, as it wisps off away into the Unknown –

And, I guess, that’s why

chasing down some truth or other,

rooting around in all that detritus and mud,

ferreting out byways and bypasses,

checking out trails and paths,

tracking down yet another cliché

that turns to dross in the sun of their eyes.

I suppose that’s why

teasing forth yet another wisdom,

throwing out their old dragnets,

pulling them back in,

and then they stand around watching as

their catch (glittery and gleaming when freshly caught)

dries out and morphs into everyday, ordinary pebbles…

over and over again.

They say they’re looking for happy, the Seekers,

They say they want to find the Real, the True,

But, it’s a funny thing:

It seems you can only find the Real in your Here

and your Now contains the only True,

and you only get to Happy (or a reasonable facsimile)

when you notice that.

I suspect that if your heart is busy yearning

for far-away and some other when —

or the resting-place of a once-and-future king,

or the someday-visions of some mystic’s dream —

then, maybe you just cannot see your way to the Here,

maybe you cannot catch the scent of the Now,

and so you’re doomed to keep on looking,

condemned to search, to quest.

One day you are old.

The will-o-wisps no longer tantalize and tempt you

and the long road fades off away in the distance

as you sit there in your clown suit watching the sun set,

inventorying your memories, one by one.

And maybe ’cause you’re sitting there all quiet

Your here-and-now comes and sits by you,

Snuggling up against you,

and maybe that’s when Happy has a chance to find you,

and Real and True stop by to have a chat.

Thanks for your visit. I’d appreciate it if you would drop a note or comment below and tell me your thoughts.

24 thoughts on “MAKE THE ORDINARY SACRED”