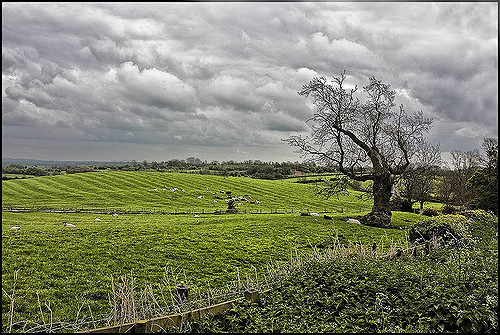 Philosopher, author, theologian, educator and civil rights leader Howard Washington Thurman once said, “There is a fallow time for the spirit when the soul is barren because of sheer exhaustion.”

Here’s where you ask, “What’s ‘fallow’?”  A fallow field is land that a farmer plows but doesn’t cultivate for one or more seasons.  The practice, which dates back to ancient times, helps the soil recover from being used to grow crops.

Historians believe that farmers in the Middle East practiced crop rotation as early as 6,000 B.C.  Letting the fields lie fallow is commended in the Jewish Torah.

Besides this the bugs figure that you’ve opened a restaurant for them with their favorite food and they start coming in droves.

You can stave off these problems by rotating your crops, planting different crops in the same patch, and even planting crops that have a secondary purpose of helping the soil recover.  Legumes (peas, lentils or beans) help fix nitrogen in the soil and build it back up.  Planting them in the same ground after the oats or whatever are done helps build up the soil a bunch.

Eventually, though, even that strategy just means that even more nutrients get sucked out of the soil.  So, you just have to let the ground rest.

You can run cows or horses on the resting land and let the wild critters come and live there for a while.  Their manure and other doings help build up and replenish soil fertility.

As a farmer you can add all kinds of amendments to the soil as well, but letting it rest, letting it breathe and live wild for a season or two does seem to work better.

For a while, until the resurgence of the organic farming movement, the ag scientists and experts pooh-poohed the concept of letting the fields lie fallow.  It was so old-fashioned and not-PC (Politically Correct).

We moderns got obsessed with economics and massive productivity.  We also had a lot more people to feed.  Letting some resource just sit there bordered on heretical thinking.

We’re seeing the effects of that in the lessening nutritional value in some of our foods.  We’re getting lots of not-so-good produce and meats because of our food production practices.  Pesticides and chemicals that force growth are a part of our diet as well.  This is not a good thing.

WHEN THE MAKER GETS TIRED

As Makers and as creative sorts, we humans are also all farmers.  The soil we till is our own selves — our talents, our skills and our hearts.

Sometimes, like the productivity-focused modern farmers, we get carried away, working, working, working to produce more and more and more.  Like the punch-drunk boxer in the ring we keep taking the blows on the chin and getting up time and time again, stumbling on unsure of how to proceed, but standing up anyhow.

Then, one day, you just can’t come up with a single, solitary new idea.  One day you are just tired.

You just “don’t-wanna” any more.

Another IPS (Inner Peace Symptom):  an understanding that sometimes rest is the most productive thing you can do.  [Slowing down lets your heart catch up with your thoughts….]

That’s the time when you need to remember about the fallow fields.  That is when you need to take a break, rest, and feed your soul again with all the other things that make your life worthwhile.

And then one day, after you’ve done this stuff for a while, after you’ve slogged through all of your despondencies, an opportunity will come and the field will be ready to work again.

This moving YouTube video is glass-blower J. P. Canlis’s talk at TEDxVail.  It’s titled “What Is Creativity?” and is nominally about how he put together the stage set for the conference.

The night before the talk, he says, he threw out his first speech.  He got up onstage and went with this talk which details the struggle, breakdown, and breakthrough that led to the rejuvenation of his stalled creative work.

And isn’t that a very good thing?

SO MANY TIMES I HAVE SAID

And time and circumstance

And the tides of change

And the me that’s real