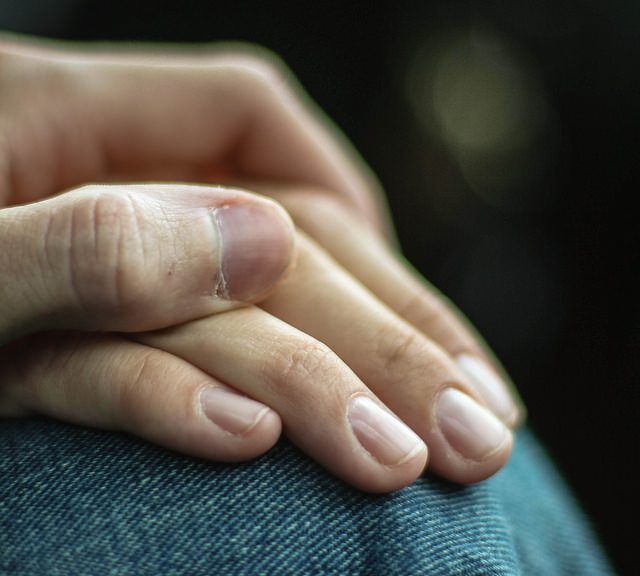 A couple of years after my husband Fred’s death, I thought, “Well…okay.  I’m here by my lonesome….it’s getting boring!  Maybe I can try finding someone to hang with.”

A friend of mine was reading one of those New Age books about “manifesting.”  She said I had to list all the qualities of My Perfect Guy.  Then I was supposed to ask the Universe to send me one.

So, I sat down and started my list.  I kept adding to the thing and after about a month I had listed 51 “qualities” that I thought would make my guy perfect.

I stuck the list in a drawer and forgot about it until another friend invited me to a Valentine’s Day hen-party.  She said everybody had to bring a picture or story or poem about love or romance or something like that.

I figured I’d take the Perfect Guy list, distill down the qualities to nine “gotta-haves” and write a want ad, then turn it all into a poem.

I read the result when it was my turn to present something at the party.  It was called,

So, here I am, writing an ad:  I’m looking for another great guy.
See, I’ve been out of the world for some time.  I used to have a great guy,
so I wasn’t really paying attention to the rest of the world.  Well, he’s gone
off adventuring, so I figured I could find another.  (Okay, so I’m greedy.
Nothing wrong with that, is there?)

You don’t know how hard that is to find until you start looking!

First of all, MALE.
Why are so many guys trying so HARD not to be?  (I have enough girlfriends
already, thanks.  I really am not looking for another.)  What is with these guys
who think they need to wilt everywhere?  What happened to strong and brave
and raunchy and raucous and crude and rude and funny and sweet and all
that GOOD stuff?  What happened to balls and cojones and cockiness?
So I am stereotyping.  Big deal.  Men who are male are beautiful…or, at least,
they used to be.

ADORES WOMEN.
Is there some reason why so many guys don’t like women?  Does that weird guy
who thinks men and women come from different planets have that many disciples
or what?  It’s pretty hard to connect with someone who holds your gender in
contempt or fear.  Okay…so maybe “adore” is too much.  I’ll settle for “like.”
Naw…I want WORSHIP!  That’s the way it’s supposed to be, dammit!

PASSION, LAUGHTER, KINDNESS…all that stuff.
Did somebody short-circuit all the synapses of these critters?  How come they all act like clones or something?  Where’s the spark and sparkle in their eyes?  Where’s the mischief and the joy?  Where is the soft compassion and the sweetness?  There is something gruesome happening here!  Who’s switching all our guys for these changelings?

WELL-USED BODY.
Does the choice really come down to either the body-obsessed, the freak, the cleric, or the wanna-be magic-man?  How about competence?  What about grace and form and comfort inside the skin?  What about sure and skillful hands and feet and arms and legs and elbows? What about touching and smelling and tasting and hearing and loving and all the other body things?  If you don’t use it, you lose it, you know.  Is THAT what happened to these buggers?

So, tell me…what didja do with all of the REAL guys?

My first girlfriend giggled and told me, “You know what’s going to happen now, don’t you?  Your Perfect Guy is going to manifest!  You just asked the Universe for him!”

About a year after we’d been hanging together, I ran across my old Perfect Guy qualities list.  It was amazing!  My guy met every criteria I had set down!

We’re still hanging together all right and tight after more than 20 years.

We are not married; we do not live together.  We hang out with each other most weekends in the place that he has made into a sanctuary.

I am personally very glad that we do this because, for real, I suck at making sanctuaries.  I tend to invite the whole world in and everybody hangs around acting like it’s Liberty Hall.  ARGH!

Our lives are very different.

I get caught up in the interplay with other people and the petty paces of everyday.  He is an artist, a mystic, and a lot more hermit-y than me.

I am the original Lead-Bottom Lulu.  (I consider this island I love to be my personal place of power.  I am not happy when I am not here.) He is a world traveler, gone for months on some jones or other.  He enjoys being a stranger in a strange land.

That one’s my biggest nightmare.  We deal with it.

Our minds and hearts run on parallel tracks.

We are separate, but we can run together and talk and laugh and love.  Nobody can believe that we have never had an argument or a fight in all of our time together.

It’s not because we hide behind masks or anything, damping down the differences between us and pretending that we are one person in two bodies.  We understand strong passions; we understand and accept each other’s peculiarities and quirks.

It’s all good.  (It also helps that we are not in each other’s faces 24/7 and that we are so curious about so many things.)

Over the years I told a bunch of friends about this manifesting thing.  Several of them tried it.  Most of them didn’t do it right.

I guess they got impatient trying to figure out what they wanted.  Or they just didn’t know how to look for the signals their prospective Perfect Guy was giving them.

I thought for a while that my experience was probably a fluke.

But, then, a few years after I had done this thing, one friend really went for it.

She said she was tired of having to do it all by herself and she was going to find herself a “ma-eee-an”.  (She did the word as if it had three syllables.). She was determined.  She was focused.  She was loaded for bear.  She pulled it off just fine and her guy suits her down to the ground.

A couple of months ago another friend told me she was moving to the Big Island.  She had manifested her Perfect Guy and they were getting married.

She told me this after trying the manifesting thing and bolloxing it up three times.

She said her mistake was that she had not really put the thought she needed to put into the Perfect Guy list.  She manifested guys with all the qualities she had listed, but it seemed that she had forgotten to list everything she wanted.  She thinks she got it right this time.

All I have to say about all this is making poems sure comes in handy sometimes.

Now I’m wondering whether this thing would work for manifesting My Perfect Life.  Hmmm…

Header picture credit:  “Together” by Jeremy via Flickr [CC BY-NC-ND 2.0