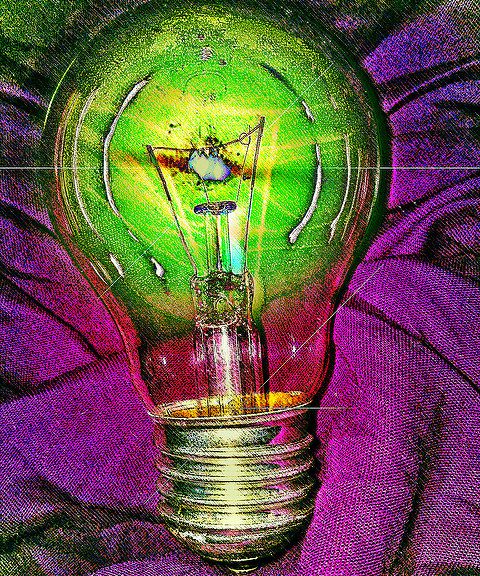 Another IPS (Inner Peace Symptom):  an understanding that you are born with the courage to live.  [Otherwise you’d never have gotten here.  You’d just be the loser sperm that didn’t make it in the championship race to the egg….]

It’s a hard lesson to learn,  that going through personal darkness is part of the process of developing a stronger light within yourself.  All the wise guys say it’s true.  They say it’s a necessary thing.

Dissolution — the dying of everything Ego thinks it is, it wants, it needs — is the prelude to realizing that, for real, what you are is just what you are, and understanding that it is enough.  Right.  Got it.

Here’s a YouTube video, “Nothing is the Ultimate Reality — Alan Watts” published by TJOP (The Journal of Purpose).  It lays down the reasoning behind the need to get to (and through) dissolution.

Alan Watts, whose thoughts are presented in this video, was a British philosopher, writer and lecturer who interpreted and popularized Eastern philosophy in the Western world.

The bulk of his work happened after he joined the faculty of the American Academy of Asian Studies in California in 1950.

Watts’ first book, THE WAY OF ZEN, was published in 1957.  It was one of the first best-selling books about an ancient way of thought.

He went on to write more than 25 books and numerous articles exploring Eastern philosophy.   After his death in 1973 his son Mark kept the legacy alive.  Many of the philosopher’s  recorded talks and lectures are available on the Internet.

SO, IT STARTS WITH DISSOLUTION

When the wise guys talk about it, the process of dissolving Ego sometimes sounds like wiping off the thick grimy dust that’s accumulated on a lightbulb that hasn’t been wiped down in a long, long time.

(Pfui!  You can hear those wiseacres sniggering and snorting as you work that elbow, getting all the stuck-on gunk off that stupid bulb.)

They do warn you that this kind of  inner cleansing is not an easy thing.  That old lightbulb’s encrusted, man and it does take a bit of work.

What they don’t tell you is that very likely, while you’re doing all this stuff, you’re not even all that sure that somebody remembered to turn on the electricity.  Maybe you’ll get the dust off and then find out the bulb’s gone bad.  (SHEESH!)

It HURTS when you lose all the illusions and delusions, the protections and mind-constructs you’ve built up so carefully for so long.  It really hurts when you have to let go of the security blanket that defined the you as presented to the world-as-you-know-it by Ego.

The Valley of Shadows strips away all that stuff.  The process is ruthless and if you’re particularly delusional, well…it rips you apart.

And you know what?  You whine and winge an awful lot about really picayune things that make you cringe when you actually listen to yourself.

If you’re actually serious about doing this kind of peeling off the Ego-stuff (rather than embracing it and embedding yourself deeper into the thing) you get to worrying that maybe you’re so riddled with wormholes and rotten spots that you’re going to end up looking like Swiss cheese at the end of the process.

So anyhow, there you are diligently cultivating your “Higher Self” or whatever.  You tell yourself that all you have to do is just keep on moving forward relentlessly until you get all the way through the thing.

But the deal is, you have to keep taking that one more step in the direction you want to go.  They say it’s the only way to get to a life that has meaning and mana for you.

As Brene Brown tells us in her book, RISING STRONG:  The Reckoning, the Rumble, the Revolution, “The truth is that falling hurts.  The dare is to keep being brave and feeling your way back up.”

I guess that what you really need to get through the dark parts is what the English call “bottom” — courage and balance, sheer stubborn and absolute faith that you ARE going to get there, despite all the “no” and “not and “not even.”

All you have to do is keep taking one step.  That’s all.  Just one more step.

This YouTube clip, “Brave” is a spoken word poem written and performed by Kristal Serrano.

And here’s another poem:

Hanging ten on the edge of dissolution,

Staring into the maw of the Creative Dark, pō panopano.

I got to thinking how the other people in my life

Have shaped me, helped me shape my world.

It is a good thought,

Makes me want to throw my fist up in the air,

A warrior’s salute and celebration.

Makes me want to dance on the edge again.

I bless them all, those people….

I bless the loving people in my life

The ones who helped smooth my way,

The warm and generous ones,

The ones who were kind.

I bless the strong people in my life,

The ones who kept their promises,

The ones who let me lean on their strength,

The self-sufficient ones, the peaceable ones.

I bless the good people in my life,

Most wondrous of all the gifts

From this old Universe.

On the edge of the void,

They make me smile.