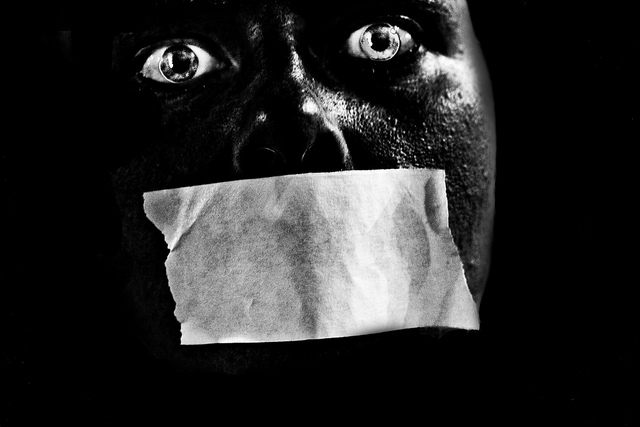 Here is another powerful poem by spoken poet  Robert Maxie, Jr.  He is sixteen years old and has been writing poetry since the age of seven.  He has his own You-Tube site and his first book, BLEEDING INK, was published in 2017.  More are on the way….

He says, “This poem is extremely important to me and my life.  It’s a constant reminder that I’m not alive to make sure that I do and say what pleases everyone around me.  That kind of life is unsustainable.  Instead, I want to make sure that I’m saying and living my life the way I want to.“

I did not speak much when I was a child
They asked me to speak, so I spoke
I spoke of whatever my mind could conjure up
hoping that the abundance of words
would make them like me more
I was wrong
They said I was annoying
That I talked to much
They asked me to be quiet
So I shut my lips and sewed them shut to please them
Hoping that they would love me more
I was wrong
They told me I was antisocial and quiet
So I was friendly and outgoing and I spoke what I thought
They told me my thoughts were wrong, that I still talk too much
So I hid my thoughts and agreed with whatever they said
Hoping they would want me more
I was wrong
They called me a follower and gullible
So I led my own path and said what I thought,
hoping they would love me more
I was wrong
They hated me for my diversity
They abused me and made me an outcast
I starved myself to death trying to feed everyone else
People don’t want you to think
People don’t want you to speak,
they want you to shut up
especially when you have something important to say
For if thought corrupts language,
language will also corrupt thought.

[Guest poets add other voices to this thing and they do make the song we are singing more lively.  Click the button.  Come play.]

6 thoughts on “I DID NOT SPEAK”