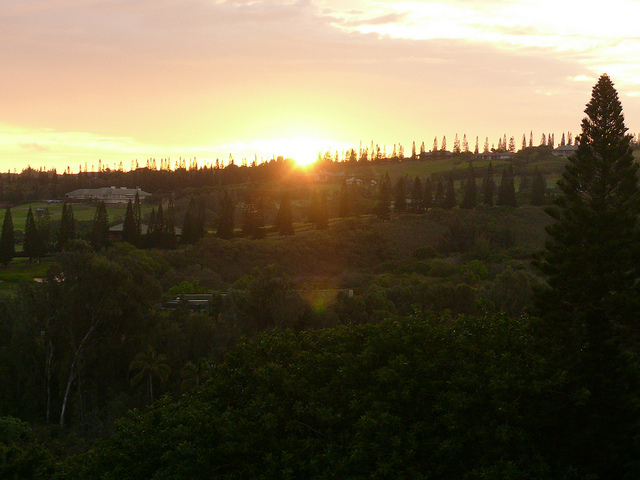 Another IPS (Inner Peace Symptom):  a growing appreciation of process.  [Creativity and change move through every situation you encounter.  Enjoy the ride ’cause there ain’t no going back!]

Change is everywhere.  Everything keeps changing, little by little.  Like a tree growing, it just keeps on.

The thing is you don’t really notice how big that tree is getting until you find an old picture and are amazed at the difference in that tree your father planted in the yard all those years ago.

This is true of everything and everyone around you.  A day doesn’t seem very long but changes do happen.  Every day, there’s at least a miniscule little difference.

Things grow this way or that as time flows on – a tree, your town, your partner, your kids, your business, or even you.  There is always a little bit of change.  These changes are often so small that they are easily overlooked.

Then, “suddenly”, one day, you notice that everything is different and you are blown away.

And that is how life tends to come at you.

WHAT?  WHEN DID THAT CHANGE?

Consider what has happened in the last year.  What about the last decade?  Take a look at any chunk of time in your life and the bigger the chunk, the more changes you’ll be able to point to.

Researchers have had a field day for decades studying how people tend not to notice change as it’s happening, in the short term and in the long term as well.

They tell us it’s just how humans are hard-wired.  We notice what’s in our world in bits and pieces in a rapid and dynamic way.  We pay attention to the bits that seem to be important to us at that time and then we build constructs and stories out of our initial impressions.

Sometimes, however, our constructs and the stories we’ve built get in the way of actually seeing what’s happening now.

A fun book to read regarding this phenomenon is THE INVISIBLE GORILLA:  And Other Ways Our Intuitions Deceive Us by Daniel Simons and Chris Chabris.  The two authors are the creators of one of psychology’s most famous experiments.

This YouTube video, “The Invisible Gorilla” features Daniel Simons talking about that experiment.  It was published by the Beckman Institute in 2011 and won a regional Emmy award.

As Simons says, the human mind pretty much sees what it expects to see.

We are often blind to change because we are focusing on something else that we feel is important and that needs to be processed and attended to.

Distractions that occur within the same time-frame as the change, the age of an observer, as well as the use of psychoactive drugs also may affect whether we notice some change or other.

The guys in the lab coats call this mind-trick “change blindness” and, they say, we are all vulnerable to its effects.  It’s an everyday phenomenon.

Drivers fail to recognize changes in traffic lights.  They miss important signs and signals from other vehicles and from their surroundings.  Sometimes they don’t notice pedestrians or other vehicles in their path.

Imagine what would happen if an air traffic controller did not notice some important change on their instruments.  Yipes!

Arguments, misunderstandings and confusion are likely between people who fail to recognize that one or the other of them has changed in some way.

Eyewitness reports about any incident will differ radically from each other and, even worse, may have almost no congruence with what actually happened.

The number of big, smart and successful companies who completely failed to notice that their environment had changed is the stuff of legend.  The “buggy-whip syndrome” takes out those entrepreneurs who fail to notice the rise of some new technology or innovation that makes their product or their way of doing business redundant or obsolete. They bite the dust.

SO WHAT’S YOUR NEXT MOVE?

The researchers do say that knowing about your propensity for change blindness is a help.

They also tell us that what you pay attention to can help you navigate better through this ever-changing world.

They agree that you do have to know what is important to you and keep your eye on that.  Some of them also emphasize the importance of knowing how any major change that may occur will affect these important-to-you things.

That could be an overwhelming task, it seems to me.

Example.  We’ve all heard about climate change and increasingly erratic weather patterns, but what does that mean to us personally?

It can be really hard to wrap your head around many of the major world changes and their possible effects on your life.  The final acts of some of the really big world changes are probably set for tens of thousands of years in the future.  Unless it’s your passion, it may be a bit difficult to work up serious personal concern about them in the here and now.

However, many of the challenges of other lesser changes (like you working in a failing or fading industry or your kids hitting puberty or your aging parent’s need for care) can be foreseen.  You can probably suss out at least some of the effects these changes may have on your life.

You are likely to find examples and models of different ways to deal with these sorts of changes that other people have developed and you may be able to construct specific plans that you can use to deal with them.

Doing this can allow you to gradually implement these plans to good effect.

Some Smarty-Pants guys advocate having an early warning system in place that alerts you to the need to work out what you can do to preserve the important things in your life before a change that could adversely affect them occurs.

I’ve lived all my life with an early warning system set up by the (American) National Weather Service that alerts us island folk of the approach of tsunamis and hurricanes.  The eerie wailing of that siren system as it is tested every month reminds us that the possibility of disaster is a given.

I’m not sure how I feel about having a personal early-warning system which might have the net effect of reminding me that at any time in this era of whirlwind changes my life could possibly turn to drek.

Trying to parse out every marginally likely worst-case scenario and then figuring out possible solutions or game plans for a whole array of these changes is more than a little daunting.  (It also sounds massively time-consuming.)

And then, of course, there is the Mike Tyson admonition: “Everyone thinks they have a plan ‘til they get punched in the mouth.”  This, too, is a truth.

This YouTube video, “Getting stuck in the negatives (and how to get unstuck)” features social psychologist Alison Ledgerwood’s 2013 talk at TEDxUCDavis.

It looks at another way to deal with the events and changes that happen and will continue to happen every day in your world.

Listening to Ledgerwood reminded me that change blindness can also keep us from seeing how the circumstances of our lives have changed for the better.

As she points out, we humans tend to focus on the negatives and gloss over the positive, “good” changes that happen (and keep happening) along with the “bad.”  Many of us are naturals at forecasting worst-case scenarios.

Consciously working on noticing the positives may actually be a better alternative than compulsively planning and preparing for every catastrophe and making an archive of back-up and contingency plans that may never be needed.

You only have so much time in the world.  Do you really want to spend it making plans and preparing yourself for dealing with what might happen if The-Sh*t-Hits-The-Fan?  Some people do.  Perhaps you are one of them.

If not, then focusing on practicing and stretching your ability to stay in Ledgerwood’s “gain frame” might be right for you.

Happiness researcher Shawn Achor is well-known for his advocacy of positive thinking.

One of his books, THE HAPPINESS ADVANTAGE: The Seven Principles of Positive Psychology That Fuel Success and Performance at Work, points out that starting from happiness (rather than using happiness as a reward) actually may work to boost your productivity at work and your overall general sense of well-being.

He also gives practical pointers on how you can rewire your brain so that the happiness that’s already in your life becomes a sustainable, self-renewing thing.

The following YouTube video is a short animated review of the book published in 2016 by Practical Psychology.  It points out some of the book’s highlights.

I am noticing that

‘Bout you and me by the deep blue sea,

Happy, we, in our mutual blindness.

Not the angst-ridden scouring

Of a heart already rubbed raw

By the windblown sands of a broken hourglass.

The cry from a heart lost in the dark.

Rubbed down by an ocean’s worth of waves and storms

That have smoothed away all the extraneous

Lusts and desires that seemed so important once.

None of that, now.

I’m noticing, too, that

I don’t do protest poems any more.

‘Bout all the darkness in this old world.

No longer do I peer through the gloom

Looking for the spark of some other, brighter paradise.

No longer am I pronouncing jeremiads

I have stopped using my head as a battering ram,

Beating against the walls of the obtuse,

Trying to fix the unbroken universe.

I am done with that.

Don’t go there any more.

The passion still sits, burning in my gut.

I can feel it.

(I’m pleased to report it has not leaked out, that passion,

Turning raptor eyes on this mirror-world.

Sprawled at my feet, snoring.

The intensity’s still there, but now it’s coiled around me,

A quiescent Turtle-Snake in cold sleep,

Before the warmth of yet another spring sun touches him.

I wonder if I am gaining

I’ve been ripped out of my earthly womb

Where the rough and raw crystalline me

Grew through the millennia,

And I’ve gone lustrous after being

Shaped and polished by some artisan’s hand.

I sit now, an art object.

I am finding it….unsatisfactory, I think.

I would rather be ravaged by starlight

And bruised by butterfly wings.

I would rather be riding my Dragon.

Thanks for the visit.  I’d appreciate it if you would drop a note or comment below and tell me your thoughts.

20 thoughts on “HOW TO COUNTER CHANGE BLINDNESS — Another IPS”