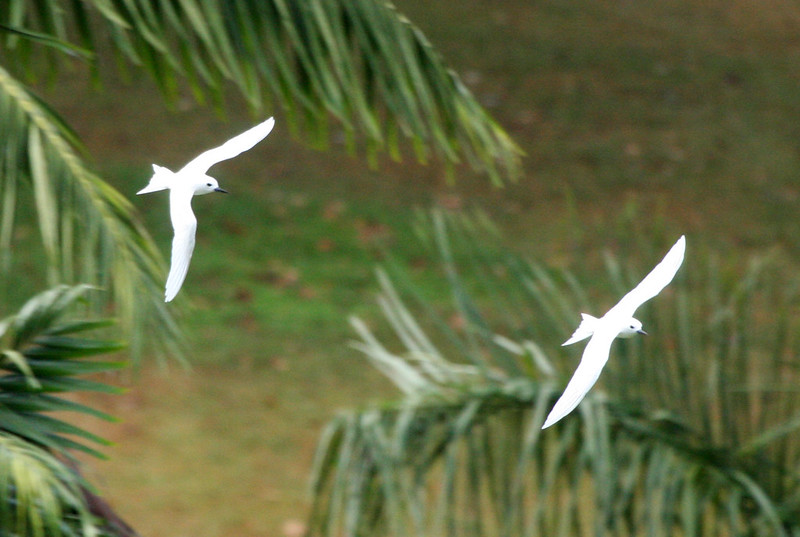 As you know, if you’ve spent some time rummaging around in this blog, I’ll ask my readers to share a self-made poem that has meaning and mana for them.  I am always surprised and pleased by the work of the people who take the time to respond to this request.

This latest lovely is a story-poem by fellow online entrepreneur Donna Holberg (a.k.a. “Deelilah”), a wonderfully down-to-earth storyteller who has lived a lively and adventuresome life.

She has, she says, “a major case of wanderlust” and in her free-wheeling journeys with her husband Steve, for eight years as a long-haul trucker (between stints in the food industry), Deelilah has visited almost every state in the Union except Vermont and Maine.

About the poem Deelilah has this to say:

“The poem is the story.  One day we, my now-husband and I, got a little high on Margaritas and decided to move to Waikiki in Honolulu, Hawaii.

“It was very hard to make the decision to leave Hawaii, but because I had family obligations back in Seattle, we left– at the six-month mark. (They say at six months, you either stay or go.)

“We had begun to fit in with the culture — especially Steve, who had found a job as a Captain in the Kon-Tiki Restaurant in the Hilton Hawaiian Village. He was one of two “Haoles” in the entire operation– and they liked him.

“I worked downtown in a high-rise private club restaurant (I can’t remember the name).

“We took no car. We rode the bus everywhere, including, for me to work, and around the island several times, etc. We lived a short walk to the beach, and we grew to love it.

“After a while, we imported a roommate from Seattle, Dione, from the Space Needle, where we had all worked together in the restaurant on top.  Ironically, Dione stayed on for another two (maybe more) years, another benchmark for leaving.

“She dated “Tavanna” from a famous Tiki Dancer show (I hope I got that name right). Many of the images I brought back with me were from that show, and another one on Kauai.

“Drums, tiki torches, and soft night breezes are in my blood.

“Except for the expense, now that the kids are gone, we would move back. Of course, there is much more to the story. Maybe someday, a book….”

Deelilah also mentions that she published a book “around 2000” that was derived from writings put together “while driving a long-haul semi-truck around the U.S.”  It’s out of print now, but a revised second edition is in the works.

Hawaii On a Lark

The breezes were warm and inviting
in Seattle that time, reminding us
of beaches we longed to see,
speaking of which, it must be

“Let’s fly to the western shore,” I said, then.
Liquor talking, he said, “To be sure—when?”
“We’ll go right away, soon as we can pack.”
And before he knew it, we got on track.

We stepped off the plane into a bath
of orchid air—
The wind blew softly through our hair.

Blue surf pounded the Pacific reefs
as totems imagined mermaid myths.
Magnolias around our necks were hung
with beads that were strung

twirled round and round—

But six months later, from our dream we woke—
Our lark had flown away broke

Filled to the stars with Hawaiian lore,
we are Haoles no more.
Six months is all it took
To be forever on the hook.

There’s no forgetting the Hawaiian folk.

6 thoughts on “HAWAII ON A LARK (Memories of Flight)”