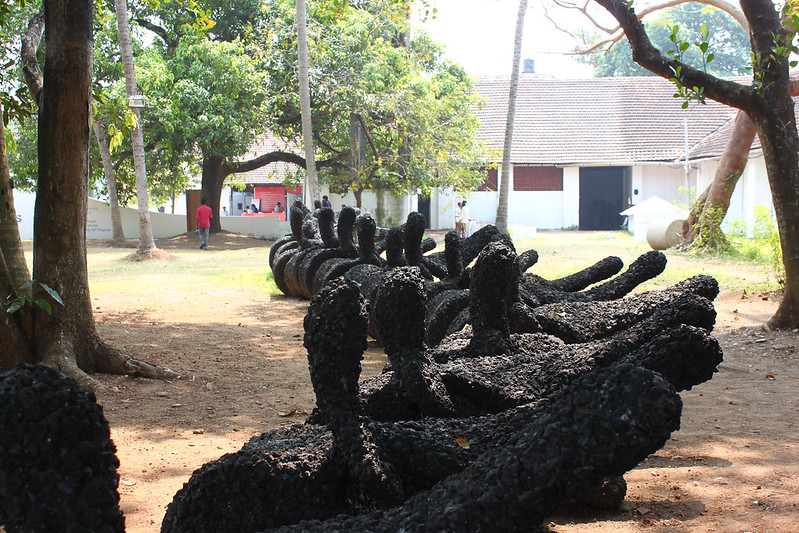 I’m coming off watching (again) Luam Keflezgy’s 2018 TEDxTalk, ‘The Art of Practical Daydreaming,” at TEDxPenn and I’m smiling big.  It is a good one.

Keflezgy is one of New York City’s most prolific choreographers.  The award-winning dancer is also a creative director and writer working in media, television and live performance.

Among other things, she created Rock the Industry University, a business and artist development training program for dancers, that you can check out by clicking the button below.

In this video, the dancer tells the story of her path from medical aspirations and then the corporate life to the life that happened when she got serious about following her daydream.

In the video, she explains how the need for stability and for practicality, which is often the result of fear of turmoil and uncertainty, can keep us from pursuing the path that gives our lives its greatest mana and meaning.

Her workaround for that was to tackle the issue of practicality head-on.  She says when you are wanting to take a path that is counterintuitive, that is “different” than the norm, “you need to figure out what you need to do in order to be” (what you want to be).

“Practicality,” she says, “is the unseen backbone of your daydream.”

She also says:  “Once you jump you have to figure it all out. You have to pull into many different sides of yourself.  That’s the true leap: to be everything you need to be inside the dream of your life.”

She gives three general bits of advice in the video:

There’s one other bit she throws in, a thing she tells her dancers: “Dance for the stages you want to be on, not for the room you’re in.  Visualize what your future looks like and find yourself there.”

As a food columnist for the New York Herald Tribune and, later, as a contributor to Gourmet and This Week magazines, Paddleford crisscrossed the country piloting a propeller plane to find and talk-story with real home cooks whose food specialties were their version of the signature dishes of their region of America. Nobody had ever done such a thing before.

As she pursued her goal of chronicling American regional cooking and chased down her stories and wrote her newspaper columns, Paddleford helped to transform American newspaper food sections.

In 1960, after more than a decade of flying around and cooking up a storm, Paddleford published a cookbook, HOW AMERICA EATS, that became her legacy work.  (Born in 1898, Paddleford died in 1967.)

The book contained more than 500 of her best recipes and was an instant best seller.  Behind every recipe are extraordinary stories about ordinary women.

The cookbook is a coveted classic which was out of print for 30 years.  It has been called a “portrait of America.”

In 2011 a new edition of the book, updated for the modern cook, was released.  It’s now called THE GREAT AMERICAN COOKBOOK:  500 Recipes:  Favorite Foods From Every State.

(This book is a whopping 800-plus pages of recipes and stories.  It DESERVES two semi-colons!)

The reason I’ve always liked Paddleford is because she once advised her readers (many of them working women trying to juggle all the parts of their lives), “Never grow a wishbone, daughter, where your backbone ought to be.”

That one has helped me keep my head on straight for years now.

It occurs to me that Paddleford followed the same path that Kerflezgy advises.  She did the same three steps as the dancer.

Paddleford took a paying, down-to-earth, humdrum occupation (food columnist), added in her own spirit of adventure (flying herself around the country in a prop plane), and found a practical way to get paid for using real life stories to add heartfulness, meaning and mana to her endeavor (being different).

And isn’t that a cool thing?

It does seem to me that a spirit of adventure and wonderment as well as practicality may be a major key to finding meaning and mana that adds new dimensions to your life.

This video, “a morphine toast.”  was published in 2018 by TheGaro Studios and is the work of a vlogger named David who lives in the Republic of Georgia, Tbilisi.  His channel on YouTube has 266K subscribers.

I’ve included it in this post just because it is a heartfelt and beautiful look at the wonder-inducing phenomena in the world and what I feel is probably the only proper human response to it all.

This attitude of appreciation, gratitude and love is a thing that needs to be added to all of our practicality, I am thinking, if we are to reach for and claim our own truths.

This way of walking, I have to warn you, can lead down strange and different byways.

However, we who are masters of the mash-up are up to the task, I am thinking.

Right now I am intrigued by a 2016 book by Steve Kamb, the founder of nerdfitness.com.

The book, LEVEL UP YOUR LIFE:  How to Unlock Adventure and Happiness By Becoming the Hero of Your Own Story, uses gamer metaphors and mindsets to sneak up on tackling the practical aspects of transforming your life from deadly dud-ness to awesome dude- or dudette-hood.

Much of the advice can be found in other, more seriously packaged (and way less lively styled) publications.  What Kamb offers, however, is a new perspective for those who fall asleep over earnest words of wisdom as well as a ready-made tribe of fellow dreamers. You might want to check it out.

Dizzied by the momentum of this latest rushing flood

That pummels and pushes and slams you against the boulders

Lining the banks along the Promised Land –

That dream you told yourself

Is waiting just on the other side of this roiling torrent.

There is no haven here.

No anchorage, no port.

The Tao has its own rhythm.

It has its own flowing that overrides

The pretty phantasms fancy-dancing in your head.

Drown in the flash-floods roaring down

Through the canyon-lands of your mind.

And there you are again.

You spin around and around,

Sinking down into the vortex

That pulls you towards the bottom below the surging waters.

Bedazzled by your own bullshit and bruised by all the pounding,

Pulled back into the churning

By currents and irresistible forces swirling around.

You are NOT going to power on through this one.

Get back to the surface and snag a floating log.

Find a calm bit and catch your breath.

Hey, look over there!

Do you see it?

22 thoughts on “GROW YOUR BACKBONE (NOT A WISHBONE)”