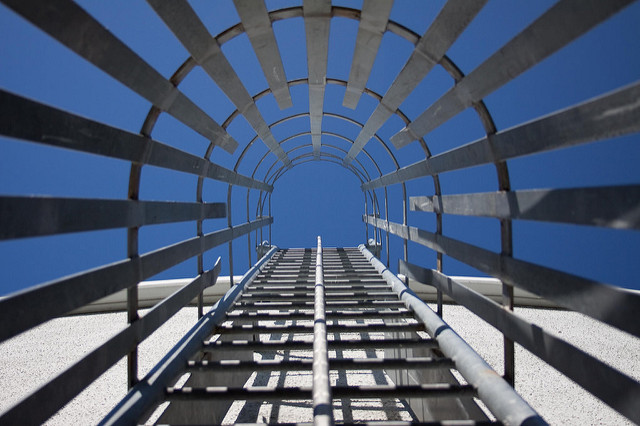 Apparently there is a fairly new form of social angst going ’round, a mind-set gone viral in the past decade or so.  The people- in-the-know call it “FOMO.”  The acronym stands for the “Fear Of Missing Out,” it says here.

KEEPING UP WITH THE JONESES-PLUS

From where I am standing, FOMO looks like an upgraded, updated version of the old “keeping-up-with-the Joneses” syndrome, a new twist on our very human impulse to measure ourselves against our perceptions of the tangible and material successes of all of the other people in our lives and finding our own lives or our own selves depressingly inadequate.

It was in 1913 that cartoonist Arthur Momand began poking fun at our propensity for checking out what the neighbors are doing and trying to copy or, better yet, to top them.  The strip ran until 1940 in The New York World and various other newspapers of the time.

In one of the earlier strips, the main character Aloysius P. McGinnis ends up sitting in a bar wearing a ridiculous outfit his social-climbing wife forced on him because, as his wife says, “we will show that Jones woman that her husband is not the only Adonis that can wear pink socks and a fuzzy hat!”

Momand called his comic strip “Keeping Up With the Joneses.”

Ten years later, when Mark Twain decried the faddishness of the times with an essay entitled “Corn-pone opinions,” he used the by-then well-known Smith and Jones competition to illustrate his point:  “The Smiths like the new play; the Jones go to see it, and they copy the Smith verdict.”

Jealousy, envy and feeling left out fueled the movement to keep up with the Joneses, and the whole thing got a leg-up when the advertising and marketing industry joined in the chorus, encouraging consumer discontent in order to encourage their potential customers to buy-buy-buy.

The me-too, me-too moves morphed with the dawn of techno-advances that were not even a glimmer in the eye of those old hard-sell guys.

The biggest difference between FOMO and KUWTJ (besides the fact that the Jones one doesn’t make a really great mouth-byte) is the added electronical enhancements of modern tech – mobile phones and smartphones and the social networking services like Facebook, Twitter, and Foursquare.

We are now bombarded with all the cool stuff all of our friends and acquaintances are doing and getting.

They’ve got the latest and greatest gadget.

They’re winning all kinds of awards and promotions.

They’re partying down (without me).

They’ve met their One.

They’re getting engaged and married.

They’re having beautiful babies.  On and on and on.

THE RISE OF FOMO

The origin of the term “FOMO” has been tracked down.  Ironically, it was another McGinnis – Patrick – then a Harvard Business School student, who wrote, in 2003, a light-hearted article in the school newspaper outlining the various ailments suffered by modern-day students.

McGinnis was apparently the guy who coined the FOMO acronym.  The Fear Of Missing Out, he said, leads to a state of over-commitment in which people pack a single evening with nearly a dozen events, from cocktails to dinners, parties and after-parties, and assorted gatherings and social events.  It eventually culminates, he said, in a drunken email at three in the morning to a jilted friend:  “Sorry I missed your 80’s theme party at Felt – you know that you are totally in my top 15.”

According to McGinnis missing out on a truly awesome event (despite the jam-packed schedule) caused people to become hesitant about committing to anything for certain, always holding out for the “better option.”  This syndrome he dubbed as FOBO:  “The Fear of Better Options.”

This video features an interview on London Real with Patrick McGinnis describing how he came up with FOMO.

(You can get the free full interview by clicking HERE.)

In his student article, McGinnis posits that while full-on FOMO takes a tremendous amount of energy and is terribly wearing after a while; aggressive FOBO alienates your friends.

(Keep telling your friends that their “do” is only a possible good option often enough, and your friends stop asking you to come hang with them.)

Yo-yoing between the two extremes eventually leads to what McGinnis called FODA, “the Fear of Doing Anything.”

Over the next decade or so, McGinnis’ seed-concepts and his acronyms took root, and grew and grew.  They even sprouted new FO-acronyms.

Meanwhile, McGinnis went on to become a venture capitalist, private equity investor and the author of THE 10% ENTREPRENEUR:  Live Your Start-Up Dream Without Quitting Your Day Job, where he shows you how by investing ten percent of your time and energy, you can become an entrepreneur without losing your steady paycheck.

Folks who pooh-pooh this phenomenon argue that FOMO is a “first world problem.” The people afflicted by it have to have some degree of social mobility, at least some discretionary spending, and the leisure time to actually worry about this kind of social comparison.

If you’re busy worrying about where your next meal is coming from, you’re not going to be too concerned about all this stuff, they say.

This doesn’t make the effects of the syndrome any less real for the people who are suffering behind it.

The “reasonable” voices made no headway against the excesses that keeping up with the Joneses brought on.  They make none against the ones evoked by FOMO and FOBO and FODA (and all the other FO-acronyms) either.

Social psychologist Andrew Przybylski and his colleagues defined FOMO as “a pervasive apprehension that others might be having rewarding experiences from which one is absent, FOMO is characterized by the desire to stay continually connected with what others are doing.”  Their 2013 study apparently cemented the legitimacy of the complaint.

Other, subsequent studies pointed out that not only do sufferers of FOMO need to stay connected, they also get to feeling like they want to be doing whatever the ones they’re connected to are doing.

They start thinking that maybe what they are doing in their own lives is unsatisfactory.  Dissatisfaction becomes the order of the day.  Status anxiety runs rampant.

It seems like any time we start comparing our circumstances with the typically rosy picture others present of their own lives on any social media, ours comes off looking worse in comparison.  Every time one of our besties does well we get to feeling like it sucks to be us.  ARGH!

Then comes the part where you feel like a turd and a bad person because you just can’t-can’t-can’t be happy for your own dearest friend one more time.

THE SHADOW-SIDE OF SELF-VALIDATION

All three of these are powerful, fundamental needs that every one of us requires to feel good about ourselves.  If one of the three is out of whack, we are very likely to feel lessened and our motivational power takes a nose-dive.

Social media postings about our triumphs and the resultant validations can be a major high point for each of us.  They make us rev our engines, help us maintain our momentum, and keep us trucking onward.

The problem is most of us don’t just go from triumph to triumph.  All of us have down-times and off-days and downright horrid stuff dumping on our heads at any given time.  We tend to forget that what is true for us is probably true for all the golden people and social media bright-lights as well.

Then all that glowing good jazz that’s happening to Other People can really be a downer when you’re in the middle of a cycle of suck your own self.

Much of the speculation about FOMO and its effects on chronic sufferers seem to conclude that the condition is curable.

Often suggested are things like going cold-turkey and taking a rest from all the social media surfing, developing an attitude of gratitude for life as you know it, and spending some time hanging with and appreciating your own self and your own life and your own accomplishments.

In other words, the way to balance an out-of-whack need for connection is to go back to validating your own self – finding and committing to your own path and your own direction, remembering your own competences and achievements.  Hmmmm….

Here’s another take on the issue of FOMO.  This video by the School of Life points to another way of looking at things….

And here’s a poem about a memory from younger days:

YOU SNOOZE, YOU LOSE

I am remembering the cousins.

We are sitting around the patio table.

The tabletop’s covered with old newspapers.

And digging out the meat,

And slurping it on down.

I am remembering the constant game we played.

“You- snooze-you-lose,” it was called.

They always got theirs, and

If you were slow and didn’t know how,

They took some of yours too….

All of it, if they could.

And they laughed and teased the little one

Trying so hard to keep up.

And maybe that is why

There is this pressure in the back of my head,

And why jogs and jigs and zigs and zags

And why the world seems to be laughing

As I keep on stumbling and bumbling.

I am wary still of the snatching hands

When I am not quick enough, not smart enough,

Not strong enough, not anything enough.

I can still hear the echoes of the teasing

And it makes me want to run faster,

22 thoughts on “FOMO: FEAR OF MISSING OUT”