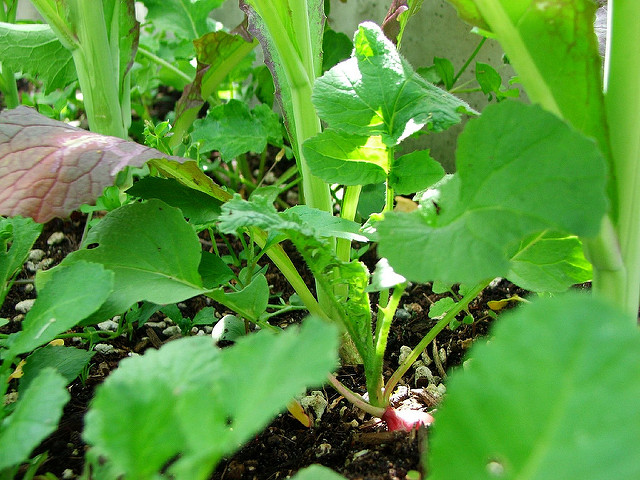 Japanese farmer-philosopher Masanobu Fukuoda once said, “The ultimate goal of farming is not the growing of crops, but the cultivation of human beings.“

THE SEED IS PLANTED

In the poorest postal code in Canada, in the city of Vancouver, the old farmer’s vision has come to ground and taken root in a network of four urban farms located on five acres of reclaimed land.  They call it “SOLE Food Street Farms.”

The name is an acronym.  It arose out of a project, “Saving Our Living Environment” (SOLE), by United We Can, a Vancouver non-profit that operates a recycling program and employs street people and people from the neighborhood to clean up streets and alleys.

Until the farms were able to operate independently, they sheltered under the United We Can umbrella.

The project was spearheaded by visionary farmer and food-growing advocate, Michael Ableman (of Foxglove Farm fame), and his collaborator Seann Dory who worked for United We Can.

They put together a project that provides stable jobs and training and development for 25 people, most of whom live in the neighborhood where they work.  Together they have built an oasis of green in the middle of gray and black city hardscape.

DOWN ON THE FARM

This 2013 video, “The Story of Sole Food,” which was produced by Point Blank Creative with the support of Vancity and is available on YouTube, tells the tale:

The farms have succeeded beyond the two founders’ wildest hopes when they began reclaiming their first piece of ground in the parking lot of the Astoria hotel in Strathcona, the oldest neighborhood in Vancouver (right next door to Downtown Eastside, the poorest postal code in all of Canada.)

After the farm project had been going for several years, the MBA program at Queen’s University conducted research into the uber-local farming enterprise.

The guys in the lab coats figured out that for every dollar SOLE Foods spent on employing people who are “hard to employ,” there was a $1.70 combined savings to the person and the legal system, the health care system, the social assistance networks, and the environment through carbon sequestration and energy and transportation benefits.  A good return-on-investment, that.

In his book, STREET FARM:  Growing Food, Jobs, and Hope on the Urban Frontier, Ableman details how the dream came together.

The book is a triumphant mash-up of Ableman’s philosophy about farming as a business and a traditional craft with pictures on every page spread (many of them taken by Ableman) documenting the continuing trials and tribulations of trying to build a real farm in the middle of the big city.   The best parts of the book are the stories about the relationships that have developed between the organizers, the farm workers, their clients, and the Downtown Eastside neighborhoods where they work and live.

At the time it began, the scale of the farms was, perhaps, unique.  It was urban agriculture, growing food on a for-real farm that was run as a business with a heavy dose of social consciousness added in.

Many of the earlier efforts by assorted city planners and developers in various cities around the world focused on garden-scale projects – urban horticulture rather than agriculture.

It isn’t a new concept, this growing food in the middle of a city.  As cities grew, the food needed to feed the people was grown all around them.  Sumerians, back in 5000 BCE, were famous for the sophisticated irrigated agriculture in and around some of the world’ earliest cities in what is now southern Iraq.

But, these ancient farmers and all of their descendants in the long history of agriculture did not have farms built on top of pavement covering over the contaminated soil between buildings in the remains of demolished factories and other urban ruins.

Michael Abelman says that SOLE Food Street Farms is “based on the belief that the simple act of planting a seed can bring new life to the world.”

[Amen to that one, braddah.]

Another IPS (Inner Peace Symptom):  a tendency to build bridges between your world and other people’s worlds.  [Foot-traffic on all the bridges you build brings many treasures into your world.]

Young tree in the ground

Started as a seed

Buried in the dark, rich,

Pushing against the cradling earth,

It reaches up into the light,