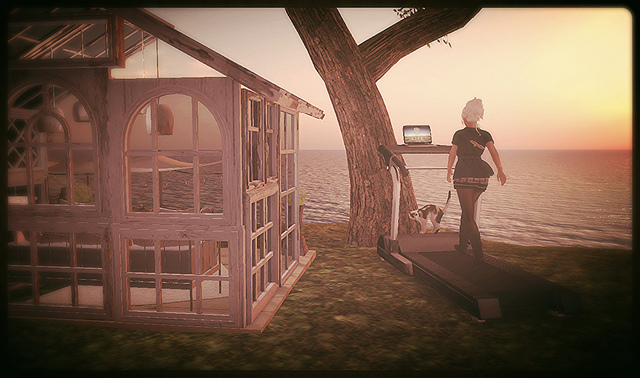 It’s been a quiet sort of shift.  More and more people are moving away from the “work-and-spend” mentality that characterized the latter half of the last century.  They are looking for more meaning to add to their lives, they say.

Gregg Easterbrook, in his book, THE PROGRESS PARADOX:  How Life Gets Better While People Feel Worse, has pointed out, “A transition from material want to meaning want is in progress on an historically unprecedented scale—involving hundreds of millions of people – and may be recognized as the principal cultural development of our time.“

Easterbrook suggests, after delineating assorted studies by the guys who study “happiness,” that the whole mindset centered around material want didn’t actually work so well.

The people who got all the stuff they ever wanted or could imagine were not appreciably happier than they were before the stuff showed up.

The problem is, the researchers say, we humans tend to get accustomed to a certain circumstance – good or bad — very quickly.  When all of our dreams come true, we start to take for granted all of our fulfilled wishes.

All the wise guys down through the ages tried to warn us:  The hunger of our built-in Want Bugs is bottomless.

The wise guys told us:  The only thing you can do when you’re stuck on a treadmill is to step off.  If a lot of people step off the collective treadmill, then it becomes the start of a movement, the start of another cultural iteration.

This curated YouTube video, “Thanks Internet,” published in 2014 by reKindle.org, shows one change that is happening.

The video is a composite of many videos shared on the Internet by the people trying to help make the world a better place for at least one other person.  The result is an amazing feel-good bit of work.

The non-profit organization posted a message at the end of the video asking that people go do good deeds, take a video and tag it with #reKindleKindness.

They want to do more of videos like this one.

WHAT’S A CULTURE OF MEANING?

All cultures are “meaningful.”  How not?  They are the products of the minds and the lifestyles of a group of people who all live together in it.

The ones that hold the most promise for an individual’s well-being and happiness are the ones that amplify positive values and goals.

Cultures that promote kindness, compassion and love rather than fear, hatred and anger and those that seek to lift up other people rather than inflict harm on them tend to be the ones that grow happy people.

Cultures that cultivate cooperation and participation in something bigger than any one person while tolerating and even honoring individual quirks and idiosyncrasies in its members are more likely to be good for you than those that don’t.

We didn’t really need guys in lab coats to tell us that.  It’s sort of built into our gut-knowledge.

MEANING IN THE INTERNET AGE

We are, in fact, drowning in all this information about all the doings of people around the world.

We can even go retro and just touch the life of somebody who lives down the street.

Here’s a YouTube video, “Grow Some Good:  Maui School Gardens,”  that was published in 2013 by Ken Surrey.

The video was made by Emmy-winning photographer Jess Craven about how one group of neighbors have built a culture of meaning around the concept of connecting kids to the food they eat by building and supporting school gardens.

The garden featured in the video started with three raised beds and grew, becoming nearly quarter of an acre of food garden and learning lab.

The garden this video spotlights is part of an ongoing project of Grow Some Good, a nonprofit group that has helped to establish food gardens and living science labs in local schools all over the island.

The outdoor classroom lessons support school curriculum in science, math, health and agriculture.  The kids study traditional Hawaiian plants and learn the growing practices of native Hawaiians.  They also experiment with growing and preparing foods from other cultures as well.

I am remembering the struggle I had as a kid memorizing  the words of John Donne’s  “No Man Is An Island.” My teacher liked torturing us with all kinds of high-sounding  ideas.  (I loved her dearly so I gamely tried to not mangle the thing too badly.)

I’ve since learned that Donne was a cleric in the Church of England during the 17th century, who was considered to be one of the leading “metaphysical poets” of the Renaissance era.

The poem my teacher made me recite was actually first written by him in 1624 as a prose “meditation”in his DEVOTIONS UPON EMERGENT OCCASIONS.

The Renaissance was another period of incredible change and reawakening, it seems to me.  People were searching for meaning and mana in their own ordinary lives back then too.

Confusion and information overload was also a common theme back then.

Just as we are experiencing in our time of great change, the culture and mindset a person chose to embrace back then affected the way he or she walked through the world.

I am thinking it would be a good thing, as part of this exploration of meaning and mana, to feature other stories in this thing about the “cultures of meaning” that our neighbors and cousins and friends are getting into.  What do you think?

The true, the beautiful, the good…

Entrance and beckon me.

The true keeps me grounded

While the beautiful helps me play,

And the good is a quiet beacon

That shows me the best way.

The good, the beautiful, the true:

Without them you get lost.

You nourish others with the good,

The beautiful nourishes you,

And you can keep your feet on the ground,

If you’ll just remember the true.

The three enfold your smallness in one gigantic yes

And turns the whole of everything

In ways that only bless.

The beautiful, the true, the good:

You have to have all three.

They all require “we.”

And all of them together

Make a wonderment and delight

That fades away if you stare too hard,

22 thoughts on “CULTURES OF MEANING”