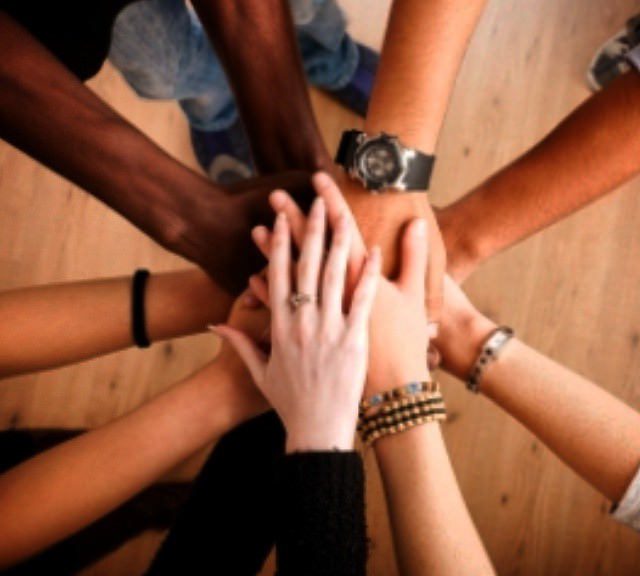 Baby-Boomers really did try to change the world.  We tackled the same-old with the tried and true, passed on down to us through the ages:  rebellion and protest, dreaming big dreams and making them real, and exploring new directions in spirituality and/or consumerism.

Somehow, even though the world certainly did change, the mess kept morphing in other directions.  Changing the world is not such an easy thing to do.  Who knew?

Here’s a poem about it from a Baby-Boomer point of view….

Some people seem to think

They need to change

This old World and make it fit

Some vision they are seeing.

If only this, if only that,

If only the Others would, they say,

Then there would be a lovely New World,

All joyousness and love and truth.

It’s odd, though, the way it turns out:

When their vision finally comes to pass,

Out of all their effort and struggle and pain,

Somehow it all turns into the Old again.

And this old World keeps on turning,

A seething, sweet, and stinking mess,

That keeps right on singing its chaotic heartsong

There is hope as well that these businesses will promote real change.

The biggest difference between plain vanilla entrepreneurship and the “social” variety is that one of the top priorities for the social entrepreneur is doing work that makes the world we live in a better place.

Attention to business sustainability and growth is paramount, but in social entrepreneurship this is balanced by a mission to work towards mitigating gnarly social problems.  One of the strategies that seems particularly effective for working towards change is connecting with people and helping them change their lives by themselves.

Below are two social entrepreneurs whose work was included in Haber’s book and one that was not.

BANKER TO THE POOR

This YouTube video by Infinite Fire is a brief documentary, a quick overview of Nobel Prize winning social entrepreneur Muhammas Yunus who invented the idea of micro-finance to help combat global poverty.  He started the Grameen bank.

In his book, BANKER TO THE POOR, Yunus points out, “Charity becomes a way to shrug off our responsibility.  Charity is no solution to poverty.  Charity allows us to go ahead with our own lives without worrying about those of the poor.  It appeases our consciences.”

Jason Haber points out that more than 7 million borrowers rely on Grameen Bank.  Of those, 97 percent are women.  The average loan balance per borrower is approximately $162.  The gross loan portolio of the bank is in excess of $1.1 billion.

In a typical year, the default rate on the Grameen Bank loans is 2 percent.  This is very different from loan default rates in developed countries:  11 percent for student loans, 6.5 percent for mortgages, and slightly under 3 percent for credit cards.

Another program for good reviewed in Haber’s book is Gerald Chertavian’s Year UP program.  This program gives inner-city young people the chance to develop skills that make them employable.  In the following video Chertavian talks about how the program began.

The program, which was founded in Boston and has since spread to other cities all over the United States, gives inner-city young people the chance to develop skills that make them employable.

(Click the button for a map of the locations of the Year Up program.)

Chertavian’s book, A YEAR UP, describes the program.  New enrollees in the Year Up program range in age from 18 to 24.  They sign a contract that tells them what’s expected of them.  They earn a daily stipend while they participate  in the program but they don’t pay any tuition.  (The funds that maintain the program come from the fees Year Up charges to corporations and companies for well-trained interns.)

The students’ Year Up is split between 5 months in a classroom environment learning personal and professional skills and six months in a full-time internship program.

Eighty-five percent of the Year Up graduates are in school or have a job within four months of graduation, Haber says.  They earn an average of $32,000 a year for full-time employees and $16 per hour for part-time work.

Even during the Great Recession, Year Up students were succeeding, earning 30 percent more than those outside the program.

This video, Year Up Journeys, tells the stories of three young people who participated in the program.

Here’s one other program that sounds particularly interesting.  It is not featured in Haber’s book.

Jeremy Liddle is Director of Entrepreneurship at The Enterprise Network for Young Australians, a not-for-profit organization established in 2002.  It is described as being “run by young people for young people.”  The organization has the vision that Australia will lead the world in innovation, and that every person will understand that starting their own business is an immediate and viable career choice.

Liddle believes that entrepreneurial thinking can change the world.  His passion is focused on creating a world of job creators, people who are in control of their own financial destiny.

The following TedX talk was given by Jeremy Liddle at Macquariel University in Sydney, Australia in 2013.

The social entrepreneurship movement continues to grow.  It seems like that is a very good thing.

14 thoughts on “CHANGING THE WORLD”