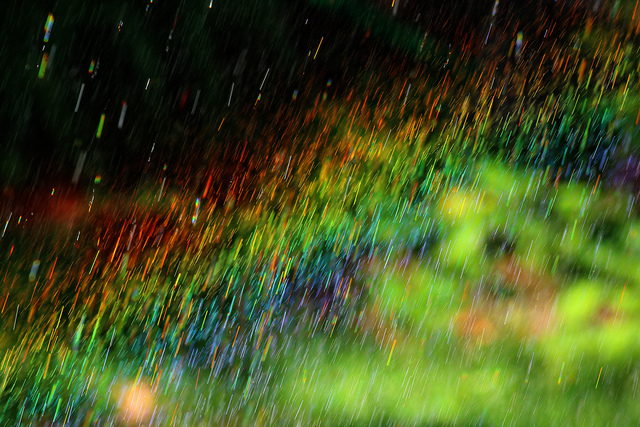 A natural consequence of being in the world for a while is that you tend to assume things are this way or that because it seems like they always happen the same way every time you notice them.  Assumptions accumulate.

HOW ASSUMPTIONS COLLECT IN YOUR HEAD

When you were an infant, you were always amazed that the sun rose and set, that the wind blew things around and that rain fell down from the clouds.  After a while, though, you noticed that these things kept happening and pretty soon you just figured that was the way those things worked.

As you moved out into the world more, all the stuff bigger people shared with you out of their store of assumptions that they called “wisdom” also seemed to explain how things worked in the world.  You absorbed them all.

Some of that stuff helped to keep you safe.  The one about not sticking your hands into a fire because if you do then your hands will get all crispy and they do not feel so good comes to mind.  There’s also the one about not stepping off a high place unless you’ve got a better plan than just flapping your arms.

Often the big people around you also threw in their opinions about how people should behave, how the world should work, and what every right-thinker should do along with the safety tips and hints on how to get on in the world.  Bet you thought all those opinions were for-real truths too.

Over a lifetime, you fill up a whole warehouse of this mish-mash of opinions and rumors and hints and allegations.  Maybe you even called them Truths.

Assumptions are great time-savers.  If you have to think, think, think every time you try to do anything, it’s likely you will end up just standing there vibrating.  Over-analysis causes paralysis.  Nike says “Just Do It,” but you’re still stuck on…”ummm, what do I do?”

It’s a puzzlement, that.  Whole libraries of books have been written by wise guys on this very subject.  Masses of motivational talks and sermons and yammering have been built on sharing how to get your lead bottom moving.

And they work.  (If they didn’t work, nobody would do them.)

The thing is, if enough people believe in an assumption, then that consensus-opinion as well as all the time and effort all of these people put into acting as if the assumption is real does, indeed, work to make it real.

You think you know what’s what.  You have this really cool collection of thoughts and you are working really hard on making them so.  And, lo and behold, you do make them so.  The “fake-it-’til-you-make-it” mode is built on that one.

Mighty fine things have grown out of assumptions.

All this assumption-making does have a couple of down-sides.

For one thing, assumptions can make you blind.  The thing is we humans can really mis-read what the Universe is telling us.

The Flat Earth theory was one mind-construct that was very popular just a few hundred years ago.  One consequence of the thought that intrepid explorers would fall off the edge of the earth if they went too far in one direction was that most people didn’t travel much.  Why would they?

Assumptions can be like that.  They can stop us from doing things.

Here’s a YouTube video, Challenging Assumptions, by Andy Cohen, a motivational speaker who plays with magic to make his points.

(Cohen launched a book in 2016 called CHALLENGE YOUR ASSUMPTIONS, CHANGE YOUR WORLD.  The little publicity blurb star on the cover says the book is introducing the Assumpt!   “A breakthrough to faster, smarter business decisions,” it says here.)

Assumption-induced blindness can lead to other problems as well.

Together with our propensity for building up great mind-constructs that seem to explain everything to our own satisfaction, we humans are also capable of investing great gobs of emotions in all of these mind-constructs we build.  It’s just the way we humans roll.

We dress our assumptions up pretty and then we spread them around among family, friends and other people.   We hold onto and are loyal to our assumptions, through thick and thin, regardless of the empirical, real-world evidence to the contrary.

Assumptions stick in your head.  They’re like squatters who refuse to leave.  It doesn’t help that often we don’t want to let them go.  They’re what makes up our security blanket after all.  Who wants to let go of their boo-boo blanket?

Assumptions make us so sure that we are right that we are even willing to fight and die for our assumptions.  Assumptions are probably a leading cause of arguments and their escalation.

Two people who hold and are stubbornly loyal to two sets of assumptions that don’t mesh just can’t seem to stop trying to get the other one to admit that he or she is the one who is wrong.  Two very different people holding onto their own set of mutually exclusive set of assumptions just are not going to connect well enough to get along together.

The disconnect between them doesn’t resolve itself automatically.  Like every other mind-construct, bridges take time and effort from the people involved to build.

This problem is another puzzlement that has the wise guys scratching their heads and concocting all kinds of other lists of “should” and “can’t” and “don’t.”  Assumptions give birth to more assumptions.  On and on and on.

ANOTHER WAY OF UN-SEEING

You can play the assumption-busting game if you like.

Trying to step outside the other-people rules and this-is-so that are dancing in your head can lead to some interesting discoveries.  Many life-coaches and other gurus tell you that it is one of the best ways to get your head outside your box.

Here are starter-questions you might want to ask:  What would happen if you challenged an assumption that you’ve long held?  What if you followed that exploration to its natural end?

Maybe you could start training yourself to tackle the assumptions you’ve always taken for granted by starting small.  Here are a few suggestions for little challenges you might want to try tackling:

Challenging little assumptions could lead to your tackling bigger ones after a while, like:

And then you can try challenging the really big ones:

You can take this exercise as far as you like.  You won’t come up with the Ultimate Answer doing it.  What you’ll probably produce is a whole bunch of other questions to explore and maybe you’ll stumble over some way of walking that allows more meaning and mana into your life.

The good part is it’ll be your own meaning and your own mana…and not somebody else’s.

Here’s a poem that grew out of witnessing other people’s struggles with their own assumptions:

REPORT FROM THE EDGE

With puppy-dog eyes, swimming in tears.

She cannot understand why I have not taken up

The “Savior” mantle she’s been trying to force on me.

It looks like she has decided I am yet another oppressor in her life.

My words are ineffective.

(They always are when ears won’t hear them.)

I am determined, though.

I will not use them as battering rams.

What’s the point of that?

I am very much afraid that a sympathetic hug

Will be misconstrued as an alliance.

So here I am, stymied, backed into a corner

And feeling an urge to run.

I swear the lady’s starting to sprout fangs.

Braddah-man has lost his center,

A warrior flailing in the middle of

The dark forces coming at him,

Legions swarming in from all sides,

He is making promises he cannot keep,

Setting goals he will not meet.

Again and again the words float away.

They have no substance and they’re tangled up

In the lies that are taking him down for the third time.

He only knows he is drowning.

And he knows…boy, does he know…

That the cavalry won’t make it.

They haven’t even left the fort yet.

Keeps looking at the dreams sliding away

On the slippery slope of numbers falling down,

And all he can see are the edges of

His paper castle starting to curl and burn.

Restructuring and renovating a burning castle

Selling lemonade to the crowd of gathered witnesses

Watching as the conflagration burns

Probably won’t help much either.

Those positive affirmations of his

All turned into curds and whey.

The Spider’s been and gone.

Little Miss Muffet’s tuffet is overturned in the grass,

And Dorothy’s gone to Oz.

Stomps along, proclaiming the world’s end.

It’s all turned into dominoes that keep on falling down.

His voice, full of fire and brimstone, thunders on and on

But his words go unnoticed by the bustling crowd.

The masses whose attention he seeks are busy.

They’re all just doing their own.

The winds are filling sails; the seas are calling loud.

They know, those other people…

A hundred years hence, we probably won’t be Legend.

But the world will still spin, the wheel still turn.

And the rest of us scoot along.