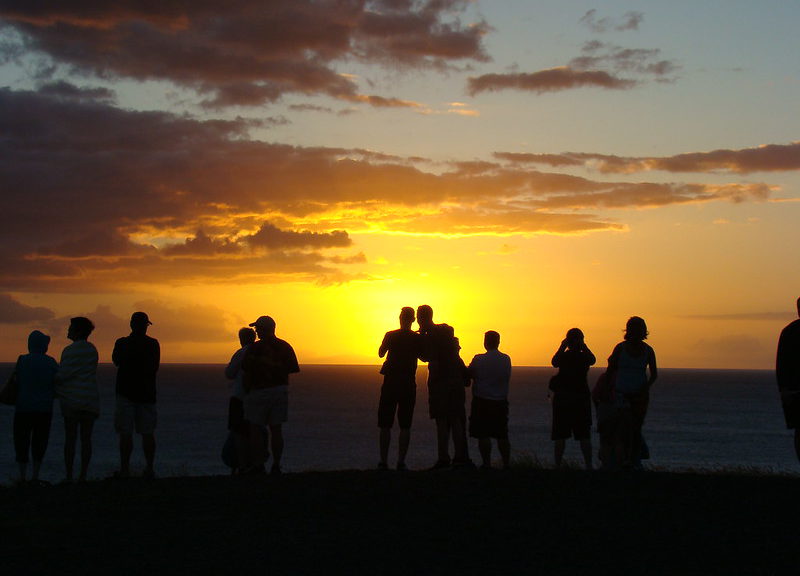 And now…we interrupt our regular post-building for an important public service announcement:

As Hawaii trudges through the COVID-19 pandemic, PBS Hawaiʻi is reaching into our vast video archive to share pearls of wisdom about living with and getting past adversity. This campaign features brief but potent manaʻo online, on social media and on-air between regular programming.

The non-profit, statewide television station, with support from the Kamehameha Schools, are building what they are calling “a community resilience program.”  They are calling the program, “What’s It Going to Take: Aloha&grit,” and it is a beaut.

Apparently, the crew at PBS Hawai’i raided their film archives to find tidbits of wisdom that they’ve made into very short videos that are all uplifting and food for thought.  It is a lovely effort.

Since the station has been around since the 1960’s, that is one big film archive!

Click on the button and you’ll be taken to the Aloha&Grit newsletter.

In their first online newsletter, they included words of wisdom from four mana wāhine, women of great presence, who are among the most beloved of our modern Hawaiian cultural heroes.

The first was a lovely bit from Auntie Nona Beamer, the late kumu hula, exemplary educator, song composer and musician, who talks about gratitude and the beauty of life.

Auntie Nona is an icon.  From her youngest days she was an advocate and champion for authentic and ancient Hawaiian culture.  It was she who coined the word, “Hawaiiana,” for the study of all things Hawaiian.

For me, it was lovely to see her again and remember her always-shining beautiful spirit.

The second video clip was of Puanani Burgess, poet and community mediator, and her thoughts on the importance of behaving like ‘ohana, family, during times of adversity and crisis.  She says that in this time of crisis we are called upon by our ancestors to “behave as family.”

Burgess was the editor and a contributor for one of my favorite books, FROM THEN TO NOW:  A Manual For Doing Things Hawaiian Style,” which was originally written and produced in 1987 as part of the ‘Ōpelu Project, a community development grant.

The lady is many-faceted.  At one time she was a committed protestor and resister in the Hawaiian Sovereignty movement.  She is a Zen Buddhist priest, and a poet as well as a community mediator from Waianae, Oahu.

I love the description of her work with “Building the Beloved Community”, a community-building and conflict transformation process that she uses in her work as a mediator.  The process, it says here, is “based on bringing people face to face for ceremony, storytelling and healing circles of trust and respect.”

In her Aloha&grit segment, native Hawaiian scholar and teacher Maenette Ah Nee-Benham explains the Hawaiian expansion of the definition of the concept of “family” beyond clannishness to include everyone sharing the same basic humanistic ideals.  It is an inclusive vision.

She says that “…’ohana does not always mean we are of the same blood” but that “we can agree on a set of principles and a mission for the work that we’re doing.”

Ah Nee-Benham currently serves as the chancellor for the University of Hawaii – West Oahu.  She has been doing that since 2017.

The last of the featured speakers in this episode is slack key guitarist Ku’uipo Kumukahi, “The Sweetheart of Hawaiian Music,” who is noted for her soothing nahenahe style of singing.

Kumukahi talks about how we Littles were taught to “help others when you can” by the Bigs in our lives.

It is a good, most pleasing reminder.

The first episode of this new PBS Hawaii series is a winner, I am thinking, and the series is one worth following.

MORE THAN JUST A TV SHOW

PBS Hawai’i is the only locally owned, statewide television station in Hawai’i which is also the sole Hawaii member of the Public Broadcasting service and the only licensed educational broadcaster in the state.

A nonprofit educational organization, it is supported by donations from their audience – individuals, families, businesses and charitable foundations. The federal government kicks in about fifteen percent of the operating budget through the nonprofit Corporation for Public Broadcasting.

Their mission is marvelous: “We advance learning and discovery through storytelling that profoundly touches lives.”

What I especially like is the listing of the values that the group espouses.

The values are similar to my own.

The breath of old dreams.

8 thoughts on “ALOHA AND GRIT”